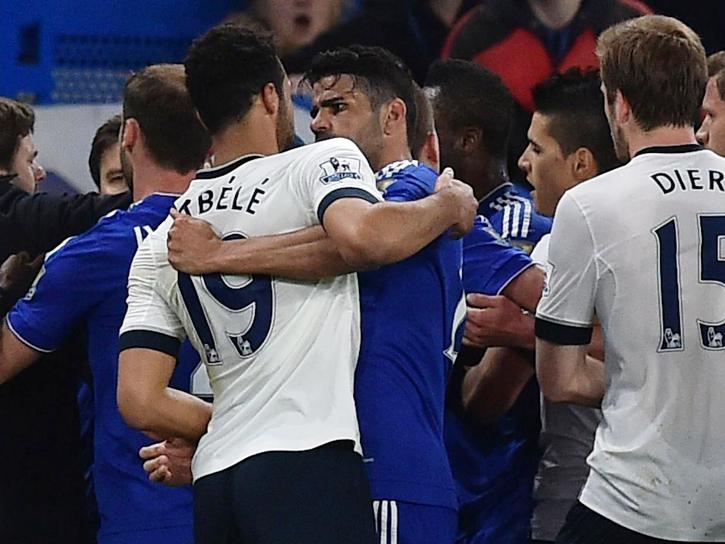 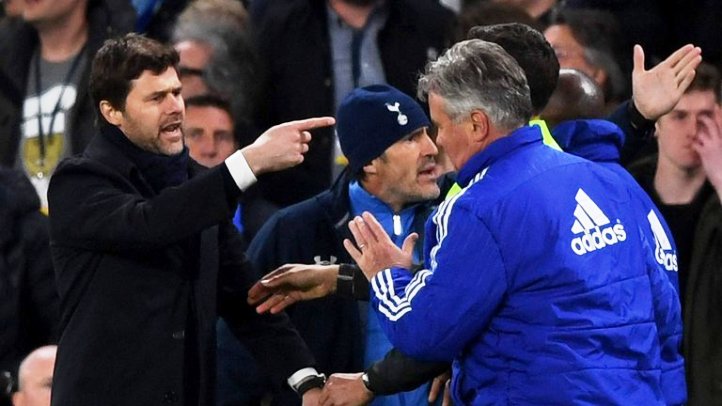 The tempestuous London derby boiled over as Chelsea came from two goals down to secure the point that ended Tottenham’s hopes of winning the Premier League.

Referee Mark Clattenburg did not punish Dembele for his actions, but television replays caught the Belgium international attacking Costa.

There were 12 yellow cards in total and Tottenham manager Mauricio Pochettino at one stage rushed onto the pitch to separate Tottenham’s Danny Rose and Chelsea’s Willian.

The feuding continued after the final whistle when Rose was involved in another incident that prompted a brawl involving players and staff from both clubs and featured Chelsea interim manager Guus Hiddink being pushed to the floor.

“Chelsea and Tottenham Hotspur have been fined £375,000 and £225,000 respectively after both clubs admitted three breaches of FA Rule E20 for failing to control their players and/or officials,” an FA statement read.

“It follows incidents which occurred in the 45th and 87th minutes and also at the end of their fixture at Stamford Bridge on Monday 2 May 2016.”

The unusually large size of the fines was triggered by Chelsea and Tottenham’s previous charges for similar offences over the last 18 months.

“Prior to this fixture, Chelsea had breached FA Rule E20 on four separate occasions and Tottenham Hotspur twice since November 2014,” the statement added.

“Following the Independent Regulatory Commission hearing, both clubs were also warned as to their future conduct.”

Putting the fines in context, Chelsea and Arsenal were hit with £40,000 and £30,000 punishments respectively following an ill-tempered clash earlier this season which saw Gunners duo Gabriel and Santi Cazorla sent off and Costa banned retrospectively.

Arsenal received a then record fine of £175,000 for failing to control their players in a controversial draw at Manchester United in September 2003.

Vieira was sent off, while Lauren and Martin Keown infamously confronted United striker Ruud van Nistelrooy after he missed a late penalty.

Leeds and Tottenham were each given £150,000 fines for a mass brawl during a game in February 2000. – Agence France-Presse