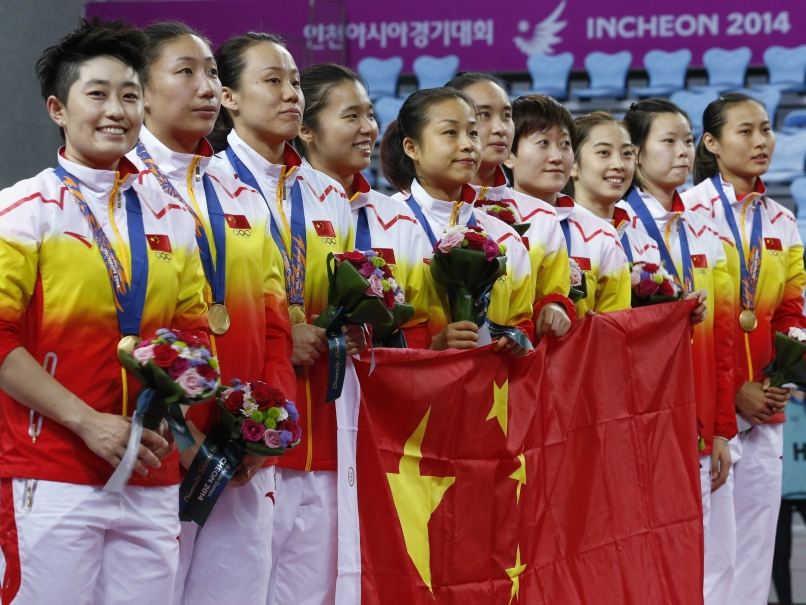 China beat South Korea to take women’s team badminton gold at the Asian Games Monday after a fierce battle which saw Korea’s top seed break down in tears at her defeat.

The Chinese favourites, who included the world’s top three singles players, won 3-0 overall in a scoreline which belied the hosts’ brave performances.

Distraught star Sung Ji-Hyun could not contain her grief after losing to top seed Li Xuerui in a 2-1 duel, having never taken a single game off the world number one in their seven previous meetings.

“I was in the very first game (of the evening) for the team and I’m very sorry to my teammates,” cried Sung. “I should have been more confident.”

The 23-year-old world number four fought to a brilliant lead in the opening match, taking the first game 21-17 with epic rallies stirring up a cheering home crowd as an unsettled Li put shots long and wide.

Sung tired in the second set, losing 21-13 before rallying once more in the third, going into the break just a point down.

But Li’s artillery of shots and lightning quick returns finally broke over-stretched Sung who yielded 21-16 in the 65-minute tussle.

Sixth-ranked Bae Yeon-Ju also managed to take the first game off world number two Wang Shixian but with a deafening crowd chanting her name as she tried to seal victory in the third, she agonisingly lost it 21-19.

Doubles pair Kim So-Yeong and Chang Ye-Na took their first game against Zhao Yunlei and Tian Qing in the second match, but none of the Korean challengers could convert their leads into victories.

“We prepared well and studied how they played but we had a hard fight — every match went to three games,” said China’s Wang.

“We were not surprised by how good they were because we have met them many times and it’s always very difficult.”

Korea’s Chang added: “The home ground was to our advantage but it just didn’t work out — we tried hard to win gold, but the Chinese are a great team.” 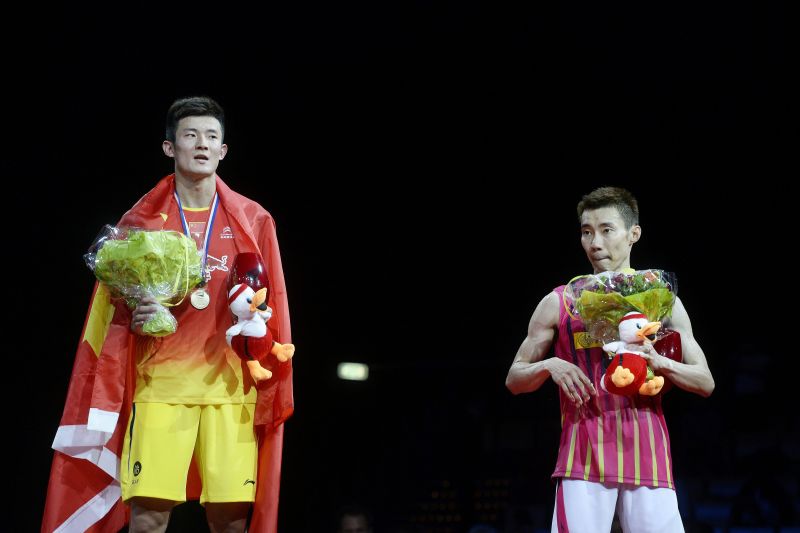 The hosts will again challenge China for gold in the men’s team final Tuesday, after world champion Chen Long smashed Malaysian world number one Lee Chong Wei in the semi-final.

South Korea eased through to the final dispatching Taiwan 3-0.

Chen beat Lee to gold in this year’s world championships and made a confident start, taking the first game, before Lee battled back in the second with both players putting on an amazing display of powerful smashes and deft net skill.

But the 31-year-old Malaysian seemed to lose confidence and concentration in the third and, despite a few flashes of brilliance, lost 21-11.

Lee’s performance does not bode well for the singles competition in which he may have to beat his nemesis Lin as well as Chen to win his first Asian Games title.

Fans are hoping for another classic showdown between Lee and Lin, who are drawn to meet in the semi-finals, in what is the Malaysian’s Asian Games swansong.

Lin, 30, has repeatedly denied the Malaysian gold in major tournaments, including the Asian Games, Olympics and worlds.

Chen is the clear favourite in the other half of the draw, with Indonesia’s Tommy Sugiarto and South Korea’s Son Wan-Ho his biggest challengers.  – Agence France-Presse