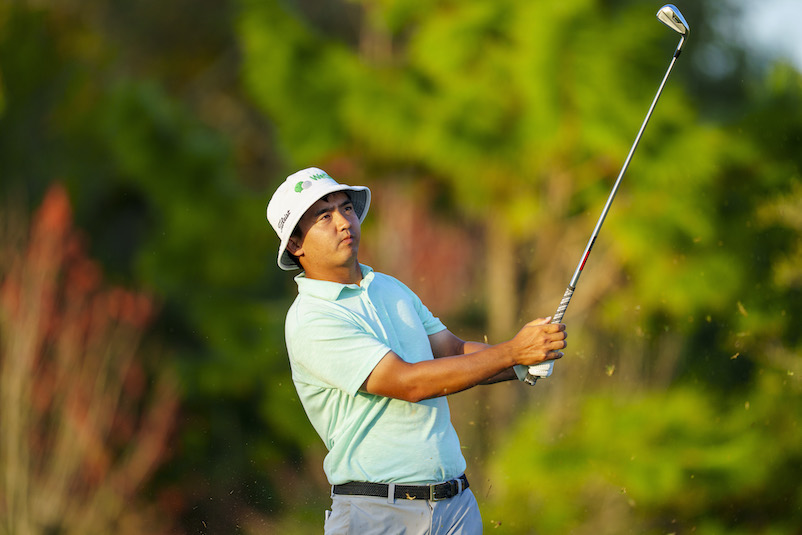 China’s Marty Zecheng Dou carded his lowest round of the season with a sparkling 7-under 64 on Thursday to share second place at the LECOM Suncoast Classic on the Korn Ferry Tour.

The in-form Asian rising star enjoyed the rub of the greens as he sank eight birdies against a lone three-putt bogey at Lakewood National Golf Club at Lakewood Ranch, Florida to trail first round clubhouse leader, Thomas Walsh by one in the fifth event of the 2022 season.

“Coming here every year, I just feel the greens are really good and it fits me. I’ve been putting good this week,” said Dou, who is a two-time winner on the Korn Ferry Tour.

“Coming out from a missed cut last week. I’ve felt good with my game but was probably a little tired last week. This week is like everything is back to normal, we’re back in the States and everything feels comfortable. Struck it good and made like 10, 15 footers for easy birdies,” added the Chinese, who averaged 1.57 putts per Green in Regulation.

Dou has started the year in fine fashion, finishing second in the Bahamas after losing in a playoff and then tying for fifth in Panama before enduring a slight blip last week in what was his fourth straight tournament.

The young Chinese has been delighted with the quality of his ball-striking over the past month and was especially thrilled with a 6-iron approach on the par-5 10th hole which led to a birdie. This week is also his fourth start at the tournament, with a T23 last season being his best result.

“On 10, teed off with a three wood and then had like 225 yards downwind and the pin was back left. I hit a really good 6-iron and managed to stop it like 10 feet from the pin. Missed the eagle putt but that iron shot was really, really nice,” said Dou, who is currently fifth on the Korn Ferry Tour ranking, with the top-25 at the end of the Regular Season earning PGA TOUR cards.

He hopes to sustain his push for a third Korn Ferry Tour title this week before taking a much-needed breather as the feeder circuit will enjoy a three-week break before resuming in mid-March.

“It’s the fifth week and I’m getting used to it. We’ll get three weeks off after this and it kind of pushes me like to compete better. Thinking of those three weeks in my mind is a good thought!” he smiled.

Korea’s Byeong Hun An carded a 65 to share fifth place while compatriot Seonghyeon Kim was a further two shots back after a 67.

Chinese Taipei’s Kevin Yu was 4-under through 16 holes when play was halted due to darkness. Nine players will return on Friday to complete their rounds.

Walsh opened with an 8-under 63, marking his career low-round. Play was suspended due to darkness at 6:35 p.m. ET, as nine players had holes remaining in the first round.

One of the nine was Albin Choi, playing this week via Korn Ferry’s sponsor exemption, who recorded three eagles and was 7-under through 15 holes. Choi tied the 18-hole tournament scoring record last year with a 9-under par 62 in the first round.