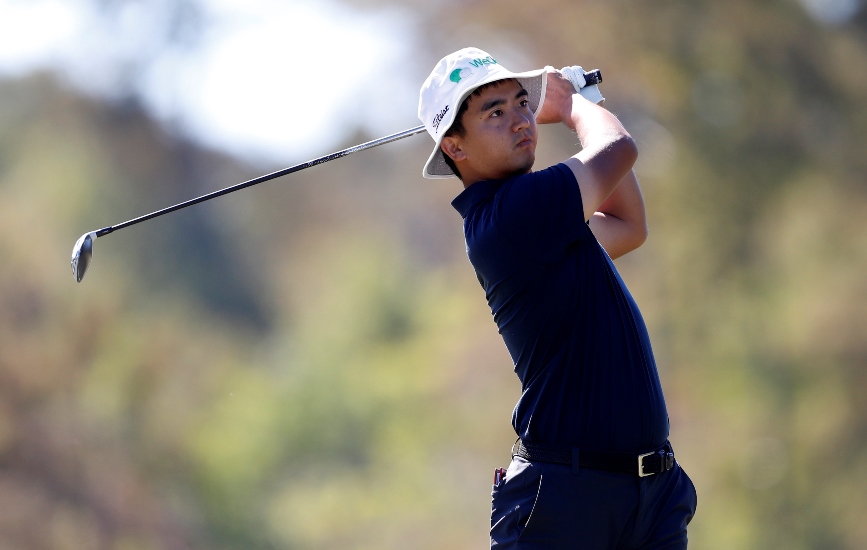 China’s Marty Zecheng Dou believes Tom Kim’s meteoric rise in recent months will spur young Asian golfers like himself to shoot for the stars and push their limits to succeed on the PGA TOUR.

The recent exploits of the 20-year-old Korean phenom have provided Dou with plenty of inspiration as the Chinese, who himself was a young prodigy, looks to establish himself at golf’s highest order in the U.S.

Dou, 25, will feature in the Butterfield Bermuda Championship and is feeling confident of a rewarding week at this week’s stop on the holiday isle.

Since August, Kim has won twice on the PGA TOUR and was also a standout at the Presidents Cup with his personality and exuberance where he produced magical moments with a number of clutch golf shots. He has earned an army of new golf fans, including Dou.

“Tom is only 20 years old and what he has achieved is something I cannot even imagine when I was 20,” said Dou, whose first stint on the PGA TOUR was in 2018 when he was 21.

“He is a good example for junior golfers. His wins and his confidence make him so competitive. For me, it means there is pressure as there are many great young players out on TOUR now.”

Dou was 19 when he became No. 1 on PGA TOUR Series China in 2016 following four domestic victories which earned him playing rights on the Korn Ferry Tour (KFT). He won the first of his three career KFT titles in the following year which made him the first mainland Chinese golfer then to earn a PGA TOUR card.

However, his dream debut season playing alongside golf’s biggest names on the PGA TOUR in 2018 proved to be a baptism of fire as he missed 17 cuts from 23 starts. He subsequently returned to the Korn Ferry Tour, picking up two more victories and in his own words, became a better version of his 2018 self.

Following a two-week break, the 25-year-old feels recharged and ready for a strong showing at the par-71 Port Royal Golf Club. He took the time off to fine-tune his game with coach Cameron McCormick who coincidently Kim had recently hooked up with as well.

“I rested for a few days during the break and then met my coach. I didn’t feel quite good about my swing, so we made some small adjustments. Now, I feel my swing is better. I focused on the short game and putting. I am in good condition this week,” he said.

The aspiring Chinese said the idyllic setting in Bermuda reminded him of his success in the Bahamas on the Korn Ferry Tour, in which he won The Bahamas Great Exuma Classic in 2019. “It is my first time playing on this golf course. I think it is quite similar to the Bahamas … we’re on an island, it’s windy and the golf course is not overly long. If the weather is not good, we will face some challenges. The lowball flight here will be an advantage, and of course, good putting will count a lot,” said Dou.

He started his 2022-23 campaign with mixed results, finishing T21 in the season-opening Fortinet Championship last month before coming in T54 in the Sanderson Farms Championship and missing the halfway cut at the Shriners Children’s Open. He was not eligible for the ZOZO CHAMPIONSHIP and THE CJ CUP, both limited field events, over the past fortnight which gave him the opportunity to tighten up his game with McCormick.

“I think it was pretty much normal performances over my first three events, and I had higher expectations,” said Dou, who is one of two mainland Chinese players to hold PGA TOUR cards for this season.

He has set himself a goal of becoming China’s first PGA TOUR winner. “To me, it’s the same goal all year. I want to win an event and I’ll be trying my best. I’ll be chasing my goals in the following four weeks before going home to China for the year-end break. I want to be in the top-3 or become a champion,” he said.