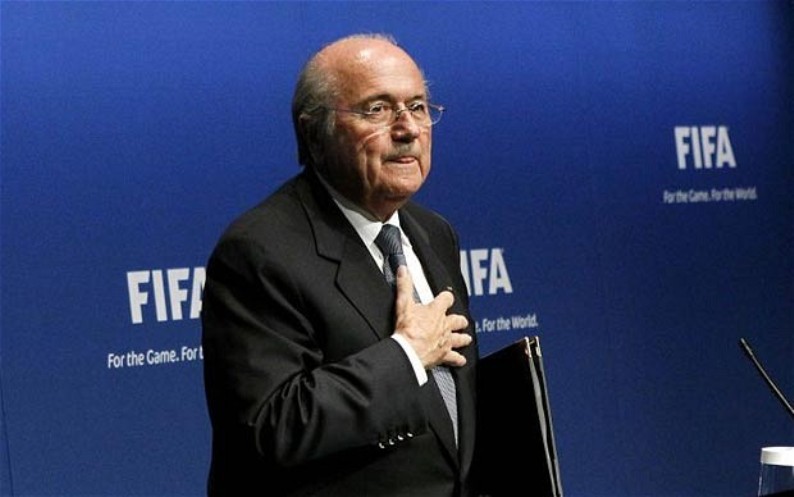 Chung Mong-Joon on Saturday accused FIFA president Sepp Blatter of “interfering” in the race to take control of football’s scandal-hit governing body, claiming his campaign is being sabotaged.

Billionaire industrialist Chung, who is hoping to win the election to succeed Blatter, hit back at German media reports that he had been investigated for trying to influence the awarding of the 2022 World Cup in favour of his native South Korea.

“This is yet another clear proof that President Blatter is interfering in the upcoming FIFA presidential election, just as he has done in past elections,” said a spokesman for Chung on Saturday.

“FIFA is engaged in a self-defeating attempt to sabotage Dr. Chung’s candidacy, following its recent attacks against UEFA president Michel Platini (another candidate).

“President Blatter should stop intervening in the election and resign immediately.”

German newspaper Welt am Sonntag on Friday claimed, without citing a source, that former FIFA vice-president Chung tried in 2010 to influence the vote in his home country’s favour in violation of the body’s code of ethics.

In a letter dated October 2010, Chung made an offer to FIFA’s executive committee to create a fund to support various football-related projects to the value of $777 million.

“Chung matched his commitment with a condition — that the World Cup was awarded to South Korea,” Welt am Sonntag reported.

But Chung insisted that his motives were above board and that there was never any danger of him being investigated by FIFA ethics committee.

He claims that the $777 million was set for the Global Football Fund and was widely reported at the time in 2010.

“The Global Football Fund was part of the “Football development” category for which all bidding nations were required to submit proposals,” said Chung’s spokesman.

“Many countries, including England and Qatar submitted plans for football development just as big, if not bigger, than South Korea’s.”

Chung, 63, a member of the family that owns the various arms of the Hyundai conglomerate, launched his campaign to succeed Blatter as FIFA president on Monday.

World football’s governing body has been embroiled in a corruption turmoil since seven FIFA officials were arrested in a Zurich hotel ahead of their congress in May.

The seven are among 14 people facing US charges over more than $150 million in bribes allegedly paid for television and marketing deals. – Agence France-Presse