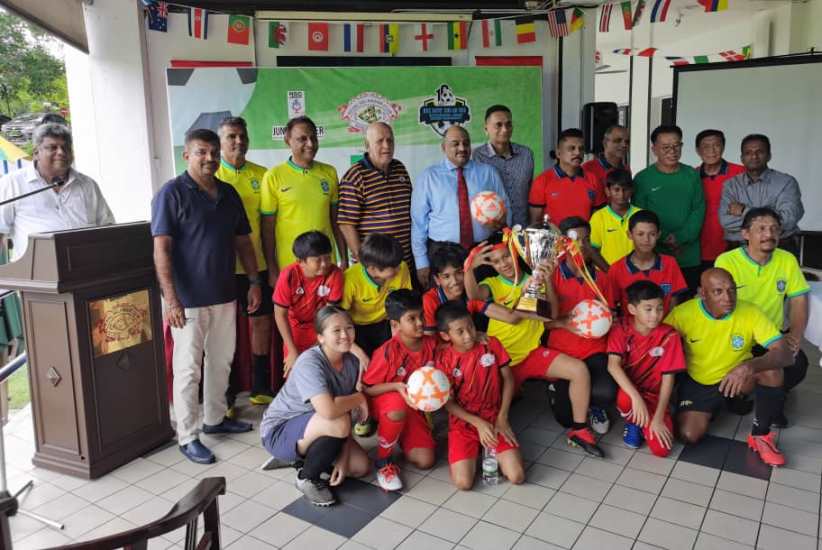 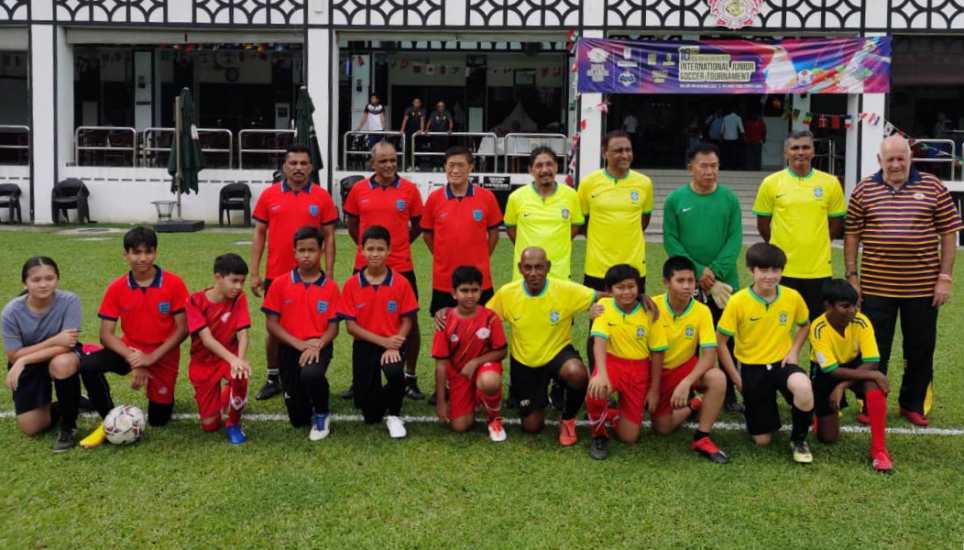 The Datuk Chu Ah Nge International soccer tournament is back after two years hiatus because of the Covid-19 pandemic but it has not lost any of its glamour judging from the entries.
At the Press Conference this afternoon Royal Selangor Club Mont Kiara Sports Annex, to announce details of the tournament this weekend at the same venue, organising chairman Datuk Gerald Rakish Kumar, announced that there will be nine foreign teams from five countries competing among a total 16 teams in the five (5) age groups competing.
Host Royal Selangor Club will be fielding teams in all five categories.
The teams are from Singapore (JSSL FC1 and FC 2), Vietnam (Brazilian Football School Hanoi), Maldives (BG Academy and Maldives Soccer Mates), Indonesia (Tangsel Junior Nusantara, Inspire FC Medan & Medan Youth) and Thailand (Krungkao FC).
Each team then collects points at all age groups depending on their final standing, namely from their Under-8, Under-10, Under-12, Under-14 and Under-16, with the Dato’ Chu Ah Nge Challenge Trophy being presented to the team that has the highest cumulative point score at the end of the tournament.
“We are indeed happy to be able to organise this international youth tournament after two years and the response has been overwhelming despite being off the radar for two years,” said Datuk Gerald.
“In fact, we had to turn down several teams because we have reached the quota of 16 teams for each age-group.
“We expect another carnival atmosphere this weekend on our grounds as 80 teams and 960 children competing with parents present to support them.
“We have had many players through our RSC Junior Soccer  Development Programme (RSC -JSDP) who have moved to play at club and state level and we hope to continue to be a base for future players.”
Datuk Gerald also thanked the ex-internationals who have been very supportive of the RSC-JSDP and their presence certainly motivates the young players.
In an exhibition match after the Press Conference, two mixed age-group teams of the RSC Junior Development programme and ex-internationals played in a six-a-side match wearing England and Brazil jerseys as part of the current World Cup celebrations played with 3 RSC Junior players and 3 ex-internationals on each side
The match ended with the England team defeating Brazil 4-3.
Among the ex-international players who played with the juniors were  V. Kalimutu, Vincent Thambirajah, Wong Kam Fook, A. Jayakanthan, Kamarulzaman Yusof, P. Maniam, P. Somasundram and Teoh Yit Huat.
Datuk Santokh Singh was also present to lend support.