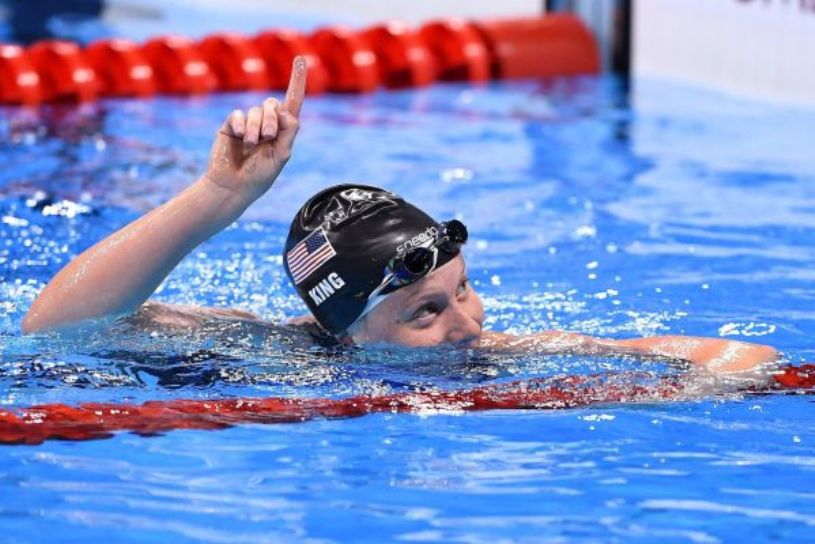 King was joined by US legend Michael Phelps and other swimmers in calling for tougher action on the use of banned substances.

Efimova, who won an appeal at the world sportstribunal to get her place in Rio, and China’s Sun Yang, who won the 200m freestyle on Monday, were the main targets of the attacks.

Efimova, 24, was booed as she entered the pool area and was left in tears after being narrowly beaten by King in the women’s 100m breaststroke final.

“I think it just proved that you can compete clean and still come out on top,” King said of her win. She had criticized Efimova before the race.

The Russian broke down in tears as she came to face journalists.

“I once made a mistake and served my ban,” she said, referring to a 16-month suspension incurred after testing positive for a banned steroid in 2014.

She was given a provisional ban this year after testing positive for meldonium but that was overturned in May by the Court of Arbitration for Sport.

“The second time was not my mistake. I don’t know how to make people understand. If yogurt gets banned and you’re positive, is that your fault?”

Following the Richard McLaren report for the World Anti-Doping Agency, Efimova was suspended again. The report implicated the Russian government in doping. But another appeal to the CAS last week let Efimova and six other Russian swimmers into Rio.

The United States and other western countries had wanted a complete ban on Russian athletes. US competitors have been outspoken about their Russian rivals.

Phelps, who will go for a record 20th gold medal on Tuesday, backed King and said those punished for doping should not be allowed back in the sport.

“I think you’re going to see a lot of people speaking up more,” the all-time highest Olympic medal winner said. “I think she’s right, something needs to be done.”

Sun has already been at the center of a verbal battle with Australia’s Mack Horton who beat Sun in the 400m race.

After winning the men’s 200m freestyle title, the Chinese hero, who was banned for three months in 2014, came under attack from French swimmer Camille Lacourt.

“Sun Yang, he pisses purple,” Lacourt told French radio after his race. “When I see the 200m podium I want to be sick.”

“I am very sad when I see my sport getting like this. I have the impression I am watching athletics, with two or three doped in each final,” added Lacourt, a medal hope who came fifth in the 100m backstroke.

The International Olympic Committee tried to ease tensions saying the Olympics was about “respecting the right of others to compete.”

Swimming’s war of words overshadowed a day of competition that saw a first gold medal for the Brazilian hosts. It was won by judoka Rafaela Silva, who grew up in Rio’s notorious City of God slum.

Silva upset world number one Sumiya Dorjsuren in the 57kg final for a hugely welcome win for Brazil after apathy and protests in the run-up to South America’s first Olympics.

Japan’s ‘King Kohei’ Uchimura led Japan to victory in the men’s team gymnastics, completing his collection of major titles in the sport.