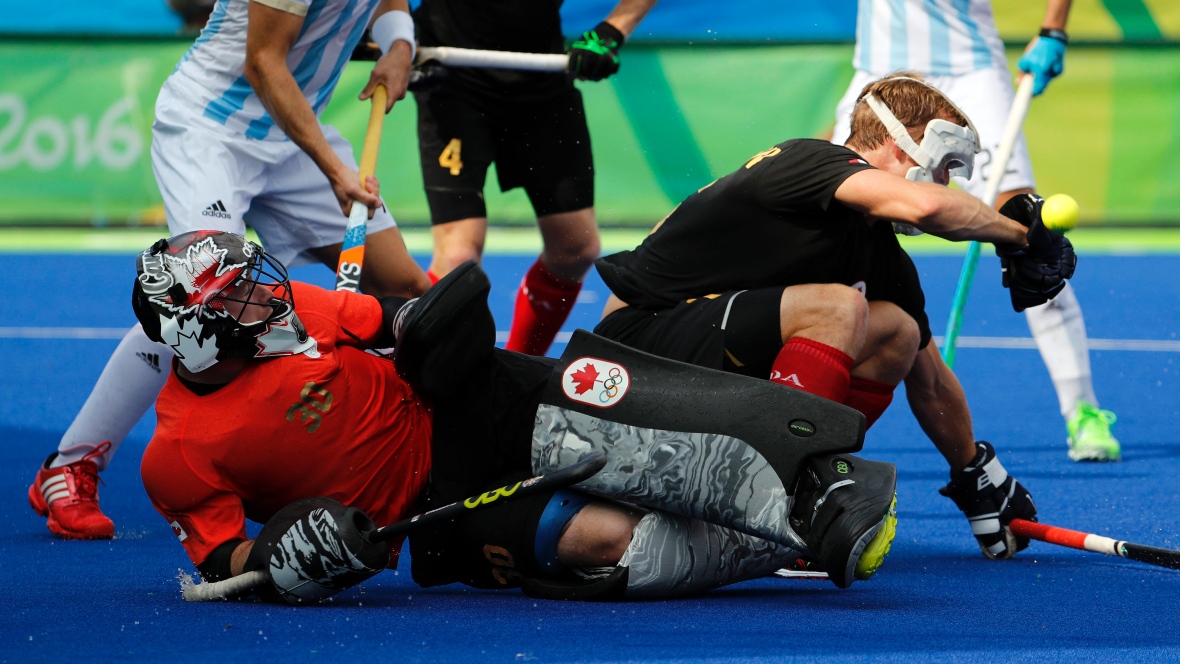 The third day of action in the men’s hockey competition at the Rio 2016 Olympic Games featured two Pool B contests, with reigning Olympic champions Germany and Pan American champions Argentina both recording significant victories at the Deodoro Hockey Centre.
The first match saw India (FIH Hero World Ranking: 5) produce an excellent performance against Beijing 2008 and London 2012 gold medallists Germany (WR: 3), although it was the European giants who edged to a 2-1 win over the eight times Olympic champions thanks to a dramatic late winner from Christopher Rühr, the winner of the FIH Rising Star of the Year Award both in 2013 and 2015.
The scores were level for long periods of the contest, with India’s Rupinder Pal Singh needing just five second quarter minutes to cancel out Niklas Wellen’s opening goal for Germany. India arguably had the better of the latter stages but were cruelly punished when Rühr touched home a pass from Martin Häner with less than five seconds remaining.
Speaking after the match, Germany hero Rühr said: “It’s an amazing feeling, and in the end it doesn’t matter who scored the goal. I think it was a sign of strong will. We never gave up and that’s just German.”
A second successive win at Rio 2016 means that Germany are two points clear at the top of the Pool B standings, being the only team in the pool not to have dropped any points in their opening two fixtures. India finished the day siting fourth in the pool, one point behind the Netherlands and Argentina.
Argentina (WR: 7) – who claimed a hugely creditable draw with the Netherlands (WR: 2) in their first match – maintained their unbeaten start in Pool B with a 3-0 win over Pan-American rivals Canada (WR: 15).
Following an early opening goal from Argentina’s Matias Paredes, Los Leones were made to work exceptionally hard for the points by a supremely organized Red Caribous defensive line. The Pan-Am champions eventually put the result beyond all doubt in the fourth quarter, with penalty corner ace Gonzalo Peillat scoring twice in quick succession to effectively kill off the challenge of their opponents.
Canada rallied in the final stages of the game and pulled a goal back thanks to Scott Tupper’s low penalty corner drag-flick, but excellent defensive work from the South Americans ensured that all of three points went their way.
The result moves Argentina into third place in the Pool B standings, level on four points with the Netherlands but with a slightly inferior goal-difference. Canada and Ireland remain the only teams in Pool B that have yet to secure a point at the Rio 2016 Olympic Games.
Complete information about the hockey competitions at the Rio 2016 Olympic Games can be found on the official website: rio2016.com/en/hockey.
The Olympic hockey events take place from 6-19 August at Rio’s purpose-built Deodoro Olympic Park, and will feature the 12 men’s and 12 women’s international teams that qualified through the Hockey World League and Continental Championships.
Tickets for both events are still available and can be purchased here.