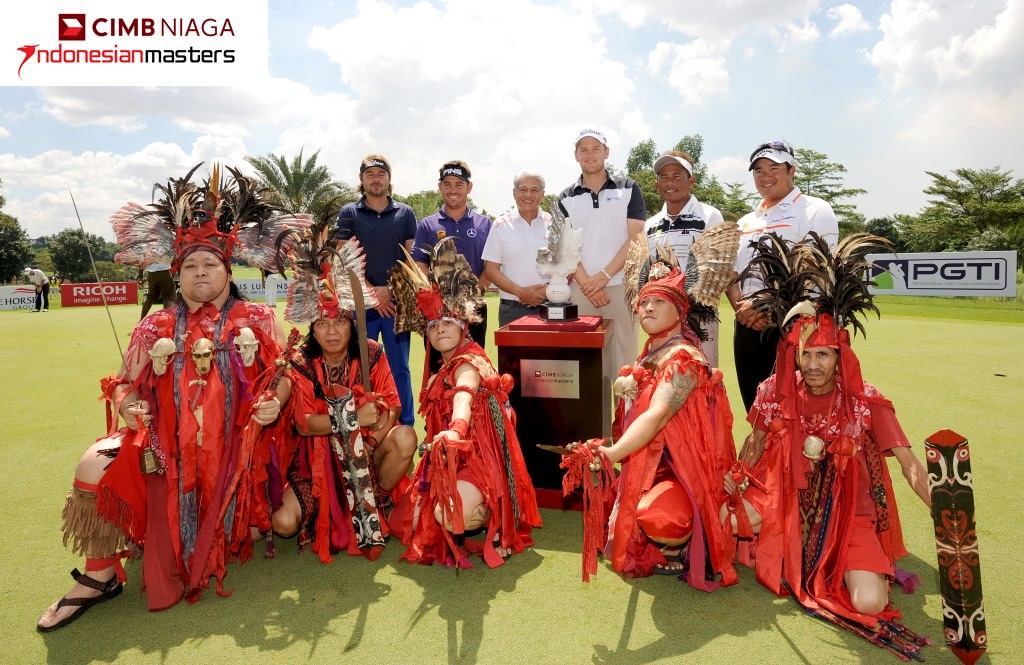 France’s Victor Dubuisson is ready to put up a performance befitting of his status as the highest ranked player when the CIMB Niaga Indonesian Masters gets underway on Thursday.

The world number 23 will also be looking forward to renewing rivalry with the EurAsia Cup heroes including India’s Anirban Lahiri who defeated him twice in the Foursomes and Singles matches at the Ryder Cup style event last month.

“I’m very impressed with the quality of golf in Asia. Anirban was too good for me in our match. I played well but he was perfect. It is not a big surprise as I’ve also been watching players like Thongchai, Kiradech and Gaganjeet for years and they are all great players with big chances to win important tournaments,” said Dubuisson.

The Frenchman, who turned 24 on Tuesday, came into prominence when he won his maiden European Tour title by fending off the combined challenges of Tiger Woods, Ian Poulter and Justin Rose in Turkey last year.

Although he was defeated by Australia’s Jason Day in the final of the WGC-Accenture Match Play Championship in February, Dubuisson is also well remembered for his flamboyant style of golf which saw him pull off several extraordinary shots during the final match.

Looking ahead to the CIMB Niaga Indonesian Masters this week, Dubuisson is excited for the galleries as he knows they will be in for a golfing bonanza given the quality of players on show at the Royale Jakarta Golf Club.

“There is much more depth here which is great for golf and will make the CIMB Niaga Indonesian Masters exciting to watch,” said Dubuisson.

Meanwhile South Africa’s Louis Oosthuizen also promised to show the crowd his Major winning credentials when he takes on the star-studded field.

The 2010 Open Championship winner arrived in Indonesia for the first time and is looking forward to making his maiden trip a rewarding one.

“This is my first trip to Jakarta and it has been great so far. It is a great golf course and it is going to be a good week. This is a long golf course, especially the par-fives and you have to push it a little further from the tee. You need to drive well to make things a little bit easier,” said Oosthuizen.

“It was a great feeling to win the Open Championship at St. Andrews. Even going into the week, I was not playing that great but as I got into it, everything seemed to come together. The win was very special as to lift the Claret Jug is something everyone dreams about,” added the South African.

Apart from the blustery condition synonymous with links-style course at the Open Championship, Oosthuizen showed he can also thrive under the region’s heat and humidity when he finished tied-second in Malaysia last week.

“I live in Florida so I am used to the humidity although it is not as bad as in Asia. You just need to make sure you take in lots of fluids to stay hydrated in the hot weather. I had a good week last week. Hopefully I can keep the good form going,” said Oosthuizen.

Wiesberger finished second together with Oosthuizen in Malaysia and believes he can excel on winning ground again.

“I try to play my best every week, regardless of whether I’m the defending champion or not. It does feel good to know that you’re back on the golf course where you’ve done well before and you enjoyed playing,” said Wiesberger.

‘I know I can win this week if I play my best golf but there are a lot of strong players this week. Many of them have played well in the last couple of months. They know how to play well here. It’s going to make my title defence quite tough but like I said, I’m in a good form so I’m looking forward to the first round tomorrow,” added the Austrian.