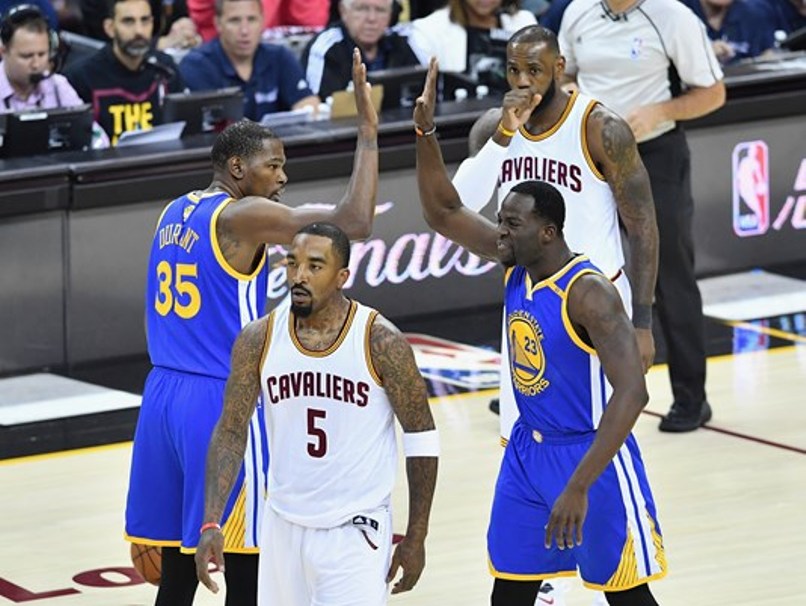 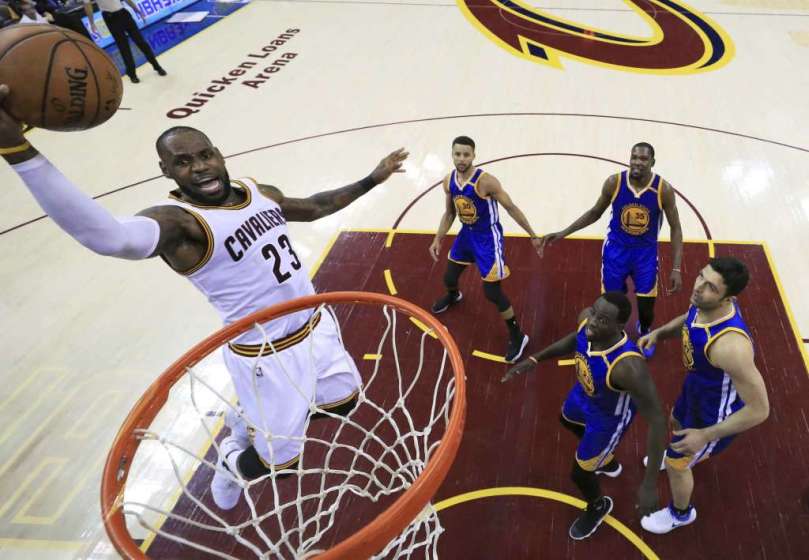 Durant scored seven of his 31 points in the Warriors’ game-ending 11-0 run, the biggest of them a 3-pointer with 45 seconds remaining that put Golden State ahead to stay at 114-113.

“K.D. made some huge plays down the stretch,” Warriors coach Steve Kerr said. “He took over. You can tell he knows this is his moment. He’s been an amazing player in this league for a long time and I think he senses this is his time, his moment, his team… and I think he’s having the time of his life out there.”

Klay Thompson scored 30 points and Stephen Curry added 26 for the Warriors, who seized a 3-0 lead in the best-of-seven series and stretched their record playoff win streak to 15-0.

They will make the first unbeaten playoff run in NBA history with a victory in game four on Friday at Cleveland.

“To find a way to win was an amazing accomplishment and set us up for hopefully a great night Friday where we can back it up,” Curry said.

“We want 16 wins. It doesn’t matter how we get there. But now that we’re in this situation, why not take care of business and finish the job.”

The Warriors set the North American sports playoff win streak mark with their 15th consecutive triumph, moving past the NHL Pittsburgh Penguins’ 14-game run from the 1992 and 1993 Stanley Cup playoffs.

LeBron James scored 39 points, grabbed 11 rebounds and passed off nine assists while Kyrie Irving added 38 points to pace the Cavaliers, but James said he has never faced a “juggernaut” like the Warriors.

“It’s probably the most firepower I’ve played in my career,” James said. “I played against some great teams but I don’t think no team has had this kind of firepower. So even when you’re playing well, you’ve got to play like A-plus-plus.”

No team in NBA playoff history has ever rallied from a 3-0 deficit to win a series, although the Cavaliers did become the first team in NBA Finals history to rally from a 3-1 hole to swipe the crown over Golden State last year.

“We had a game that we had won that we let slip away,” Cavaliers coach Tyronn Lue said. “Of course, you’re deflated from losing a game that you should have won. But you’ve got to get back to the drawing board. If we come out with the same fight and intensity… we got a good chance of winning on Friday.”

Irving and James each played about 45 minutes on the court, leaving them fatigued when it mattered most.

“Kyrie and LeBron had it going the whole game, but that’s pretty taxing to go one-on-one the whole game,” Kerr said. “Both those guys were amazing. But that takes a lot out of you.”

Cleveland’s J.R. Smith sank a 3-pointer to give the Cavaliers a 113-107 lead, but the Warriors scored 11 points in the final 2:20 for the fightback triumph while the Cavs missed their last eight shots.

“It’s definitely tough. It hurts,” Irving said. “Did some great things. Came down to the stretch, and they made some big time plays. K.D. comes down, hits a big three… I’ll probably be replaying that play for a while. But it definitely hurts.”

Durant, seeking his first career title after joining the Warriors from Oklahoma City last July, and Curry scored on drives to the hoop to pull Golden State within two.

Durant then followed a Kyle Korver 3-pointer miss for Cleveland with a tension-packed 3-pointer with 45 seconds remaining that put the Warriors ahead 114-113.

“That was liberating right there,” Durant said. “All I was looking at was the bottom of the net and I made sure my feet were behind the 3-point line.”

Irving missed an off-balance 3-pointer and Durant and Curry each made two free throws on the next Golden State possessions to seal Cleveland’s fate.

The win moved Durant one win from the title he sought when he left Oklahoma City for the Warriors last July, one he failed to get in 2012 when his Thunder lost to Miami and James won his first career crown with the Heat.

“It’s an exciting time. I’ve never been in this position, being up in the finals and trying to close it out,” Durant said. “But the job’s not done. We’ve still got a lot of work left to do.” – Agence France-Presse