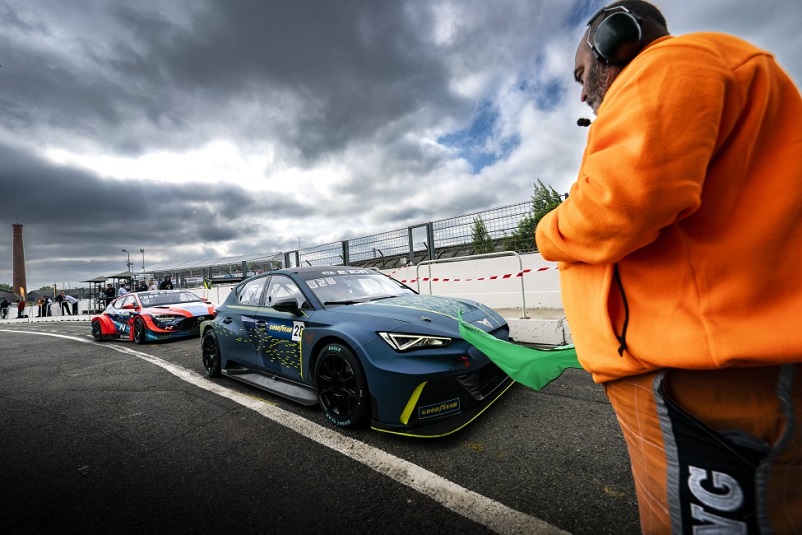 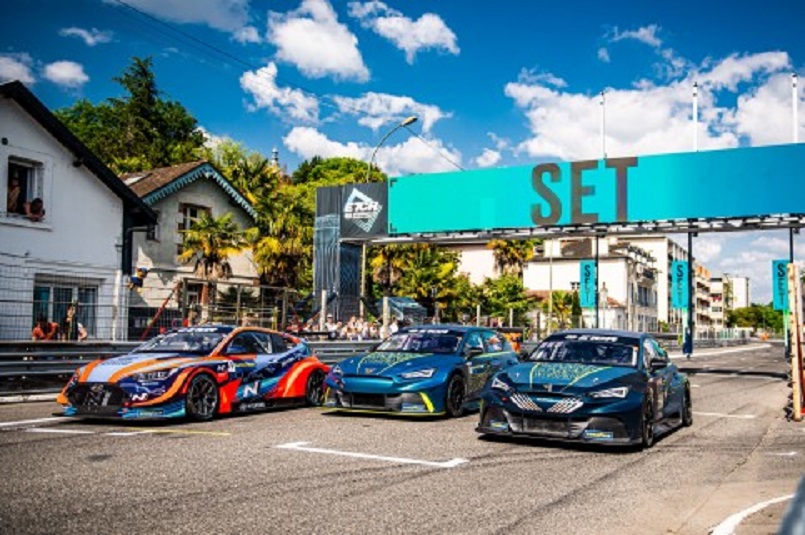 The winner of FIA ETCR’s predecessor PURE ETCR title didn’t put a wheel wrong all day as he proceeded through the day’s qualifying and Quarter Final sessions in his Pool FURIOUS group to end the day with 35 points, eight ahead of nearest Pool FURIOUS rival, Mikel Azcona (Hyundai Motorsport N).

Azcona had lined up next to Ekström for their quarter final together but the pair with Romeo Ferraris’ driver Giovanni Venturini proved that three could not go into one at Turn 1 and the result was a punctured tyre for Azcona and a parked car for Venturini. This left Ekström unchallenged to the finish line.

Elsewhere in Pool Furious, it was a strong Quarter Final for Romeo Ferraris’ Bruno Spengler with a great start and almost flawless race until a late mistake allowed his pursuers to catch him at the finish line. Those pursuers were CUPRA EKS’s Jordi Gené – who bounced back from a qualifying contretemps with the barriers – and Hyundai Motorsport N’s Kevin Ceccon.

For Pool FAST it looked like Frenchman Jean-Karl Vernay would rule the roost for Hyundai Motorsport N after a dominant performance in his Quarter Final where he looked to be in another league from his rivals. Unfortunately, at the end of the day his victory was overturned after a disqualification from the session’s results for using a power level higher than the maximum allowed.

Sunday sees the FIA ETCR action start with the Semi Finals commencing at 08:05 local time, culminating with the DHL Super Finals from scheduled from 14:18.

Quotes of the Day

My day was very good. I felt very comfortable in the car for Q1 and Q2 managed to do very good laps. Then for the quarter final already into the first corner was some contact and my two competitors had problems with their cars. So I had the easy ride, saving the tyres to the finish and just enjoying the ride. So, now back to sleep and get charged the batteries for tomorrow.

Today had ups and downs. It was very frustrating this morning in qualifying not to be able to complete a lap when I had pretty good pace. And nevertheless, the Quarter Final was pretty good starting from third position and I managed to gain one place and push for fight for the win. So I have to say thank you to the team. They did a superb job repairing the car that was badly damaged and giving me a car that was capable of fighting for the win. So after all, very happy and looking forward for tomorrow.

It was overall a good day. It could have been better for me in qualy as I did not maximize the potential of my lap. I should have been pole if I was better. And then in the Quarter Final, I had a little problem at the start. And that made my life very difficult but in the end, we were a bit we lucky with what happened to Jean-Karl. Their mistake is bringing us back to P2 and overall it’s  a good day and for CUPRA very good result.

Yeah, I mean, that was not a bad day. I was second on the track but then got first afterwards so obviously we got a bit lucky with the Quarter Final. Firstly, I have to say a big thank you to the team who worked super, super hard to repair the car after Jordi had a little bit of an incident in qualifying.  I think the real heroes of today were the mechanics making sure everything was ready for the race. And then yeah, I just had a clean race. I was able to pick up the first place. I need to improve a little bit for tomorrow. The biggest thing was that we were just able to get out for the race. So thanks to the team.

First Battle of the Year done. To be honest, this race was more about the start. I tried but of course, being on the outside I couldn’t make it could improve my position. So I had to keep my third position I tried at the start, but were three side by side and that was it. And then after that, it wasn’t much to do with this circuit. But it’s okay. I mean, tomorrow is another race.

Yeah, a good Quarter Final; definitely good to win. A lot is doing it at the start. Make it into a really good start, but it was a bit tight. We touched a little bit in turn one, but at the end it was good. I could manage the power and manage the race from the front.

The start was really good but unluckily in the first corner we couldn’t pass with three cars but I’m sure that tomorrow we will do better!

Very happy very happy it’s first victory this is in ETCR so it’s special feel special in the sunset of boat so something even more special that’s not something we get to do every day. So that’s cool and again massive job from the team from yesterday to today to improve the car to help me gain confidence on the brakes because this car is so tricky on the brakes so we managed to improve the car and to go in the right direction so that was very good. I made a slight mistake in the last lap had a good start first two laps good. Plus that made a mistake in turn one so that made it quite close. They were they were then really close really close to me in the end, but it was enough to take the victory. So I’m very happy for the home team and to get these points

Well, it could be worse honestly, at least we have the points from the second position, which is after all the chaos we had in the first corner. Positive news. Basically, I had a really good start, I think I had the best out of the three cars, I was in front of the CUPRA from a little slightly in front of the Giulia. For the first corner, yes, before going to the corner, I received a contact on my rear left tyre and provoking the puncture. So then I went sideways and could be worse because I could go right into the wall. But in the end, I could save the car on using the tyre in the boxes. We get the point from the second which is good. But yeah, keep working because I think our pace is very strong.

My start was good. There was a small battle going on but unfortunately not wasn’t able to to overtake Maxime and they had to set up for P2 but in the end I mean again my target is to build the rhythm. I mean I would have loved to, to progress to semi  final one. But in the end this weekend for me is about learning the processes and understanding what to do what to do better and smoother.

We had a misunderstanding, just like a mistake about setting up the power and then we started the race with too much power compared to the others and that caused us a disqualification. So it’s disappointing, especially after the work we did in more in the morning, but we need to learn from the mistakes. It was just unfortunate and we’ll just need to make sure that we dealt with it.

It was not the best performance in the Quarter Final. I mean not at least the start but the performance was quite good. I was the quickest and I was feeling comfortable with the car. I mean you still feel good when you don’t start where it’s obviously almost impossible to overtake I try. I push twice Gené just to see how the situation but anyhow he doesn’t change anything we will recover tomorrow