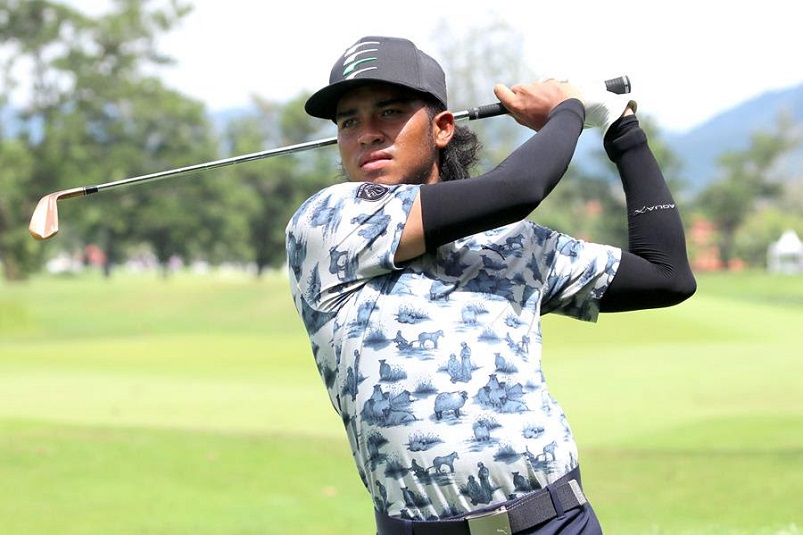 Rounds of 64, six-under, earned the Malaysian, the Thai and Japanese-American a share of the first-round lead at the $75,000 Laguna Phuket Cup – just two days after Englishman Tom Sloman ensured the co-sanctioning MENA Tour first blood at the BTS by capturing the Laguna Phuket Challenge.

The trio lead by a stroke from Chilean MENA Tour member Matias Calderon and Fijian ADT player Sam Lee who was released from quarantine isolation after a positive COVID-19 test on the morning of the BTS opener just five days ago.

Lee somehow managed to finish T-21st at the Laguna Phuket Challenge despite not knowing the course and going in with zero practice. He’s clearly benefited from his four circuits of Laguna Golf Phuket since with his opening 65 on Sunday including eight birdies – just like his practice round yesterday.

For all that, Lee and co. are still all looking up to Ariffin, Pachuayprakong and Furuya who finished T-13, T-51 and T-17 respectively in the Laguna Phuket Challenge.

Ariffin is searching for his second ADT win after capturing the 2018 PGM Labuan Championship in Malaysia. He’s trending nicely too, having secured a share of 8th on the main Asian Tour at January’s SMBC Singapore Open and is a combined 14-under par for his four rounds at Laguna Golf Phuket this week. It hasn’t all been stress-free with wayward driving forcing the 22-year-old to conjure some wedge magic on Sunday.

“My start was not so good, par, birdie and a bogey but then I tried to focus more on playing on the fairway and my putting… and I also chipped in twice, on hole one and hole four,” Ariffin said.

Thithiphun is remembered for playing in the final group alongside eventual champion Lee Westwood at the 2011 Indonesian Masters. The Thai eventually finished third and went on to capture his maiden Asian Tour title, the 2016 Bashundhara Bangladesh Open, before qualifying for the U.S. Open later that year where he missed the cut after carding rounds of 73-79 at Oakmont.

Furuya is a product of the University of South Florida. After 10 years in the U.S., he’s now living back in Japan closer to his family and the lure of a full Asian Tour card.

“It could have been a lot better,” Furuya said of his seven-under total in the Laguna Phuket Challenge. “I had a couple of double bogeys out there and I made sure I wasn’t going to make the same mistakes today.”

Like Ariffin, Furuya now has four rounds in the 60s to his name and the confidence collegiate golf grants most graduates.

“You’re playing against the best of the best in Division 1 in America and you are playing a lot of great courses so it definitely prepares you. If you do well in division 1, you should do well in professional golf.”

Sloman, meanwhile, signed for a one-under 69, the same score as his nearest rival in the MENA Tour’s ‘2020+ Journey to Jordan’ OOM standings, England’s David Langley.

Poosit Supupramai kicked on from his runner-up finish to Sloman at the Laguna Phuket Challenge with an opening 68.