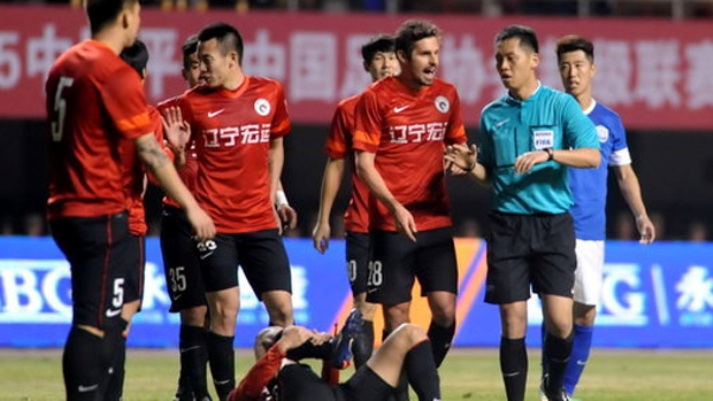 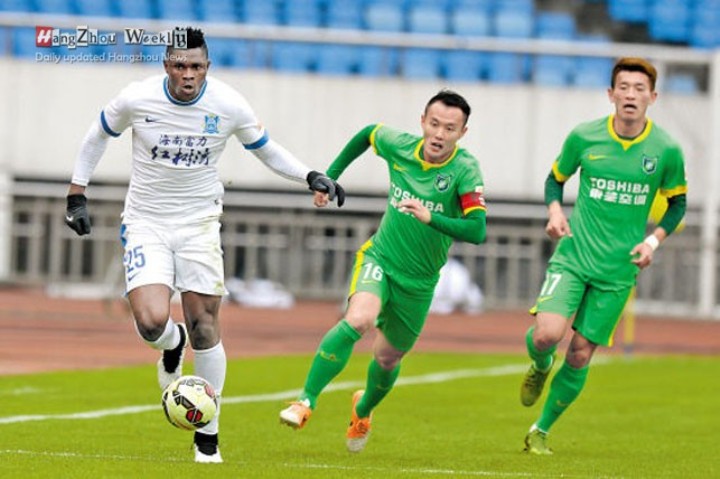 A record-breaking spending spree which made the football world sit up and take notice has ensured that all eyes will be on the Chinese Super League when it starts this week brimming with foreign stars.

Alex Teixeira and Jackson Martinez, signed under the noses of English giants Liverpool and Chelsea, headline what has become Asia’s most glittering league after a 331 million euros ($359 million) splurge on players.

Ramires, Ezequiel Lavezzi and Gervinho are also among the highly paid players who will get their first taste of the CSL after being lured from Chelsea, Paris Saint-Germain and Roma respectively.

Whether the sudden mass investment will translate into quality on the pitch is unclear, but transfers which smashed the Asian record four times and outstripped the English Premier League have created an undeniable buzz.

“Everyone in China is talking about the league, workmates, friends, even old people on the street,” said 33-year-old Shanghai SIPG fan Ma Zheng.

“There’s a feeling that Chinese football is going to be worth watching again this year after many years of it being looked down upon by Chinese,” he said.

A Chinese league bursting with money and glamour is a far cry from the widespread corruption of just a few years ago, before a major crackdown ensnared dozens of officials, referees and players.

Guangzhou Pharmaceutical were kicked out of the CSL in the fall-out — only to bounce back a year later and, rebranded as Guangzhou Evergrande, finish as champions for the next five seasons.

But in a sign that suspicions remain, the official gambling operator in neighbouring Hong Kong has barred bets on the CSL, citing fears over “transparency, integrity and competitiveness”.

Tycoon club-owners have been encouraged to spend big on players by the authorities headed by football-loving President Xi Jinping, who have ambitions to host and even win a World Cup.

The political pressure has yielded purchases like Martinez, who was expected to leave Atletico Madrid for Chelsea but instead joined Evergrande for 42 million euros.

Other notable imports include Gervinho to Hebei China Fortune for 18 million euros, and Colombian international Freddy Guarin to Shanghai Shenhua from Inter Milan for 11 million euros.

While this year’s spending has reached record heights, Chinese clubs have been importing top players in their prime for several years now, including Evergrande’s 2011 capture of Fluminense playmaker Dario Conca, then 28.

The championship is expected to be a fight between Evergrande, led by former Brazil boss Luiz Felipe Scolari, and his old sparring partner Sven Goran-Eriksson, whose Shanghai SIPG were last year’s runners-up.

Guangzhou R&F open the competition on Friday against newcomers Hebei China Fortune, with Evergrande starting their title defence away to Chongqing Lifang on Sunday.

But despite the hype over the high-profile new signings, there are also misgivings about what impact they may have on the process of developing home-grown talent.

China have under-achieved on the global football stage for decades, having reached only one World Cup, in 2002, and looking in severe doubt for the next edition in 2018.

“I’m happy to see more famous players coming to play in China and pushing up the quality of the league here,” said Li Jun, an office worker from Beijing.

“But I worry these players will block Chinese players from getting more time on the pitch.”

The lack of local talent is cited as one reason for Chinese clubs’ massive spending, although quota rules mean they must have at least seven domestic players on the pitch at any one time. – Agence France-Presse