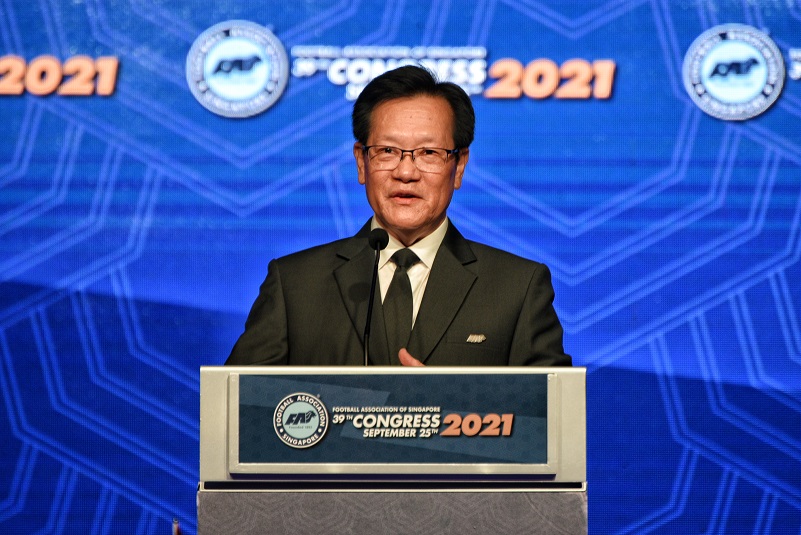 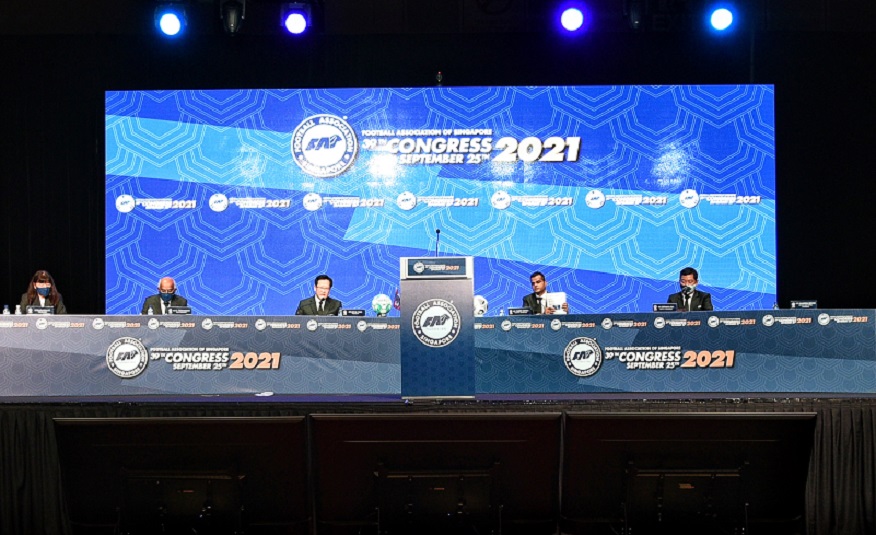 The FA of Singapore (FAS) held its 39th Annual Congress with its affiliates, stakeholders, partners as well as members of the media in attendance.

The Congress was held virtually via a Live Webcast platform due to safe management measures stemming from the COVID-19 pandemic.

In his address, FAS President Mr.Lim Kia Tong shared the key highlights in the past Financial Year, including the safe resumption of the sport amid the pandemic and the progress made in various aspects of the ecosystem.

Besides acknowledging the collective effort of the fraternity to overcome the challenges posed by the pandemic, he also announced several key revisions of competition regulations which are set to have an impact on the Singapore Premier League (SPL).

One of the key topics announced at Congress was the revision of competition regulations for the SPL.

When the SPL was revamped in 2018, there was an emphasis to provide a platform for younger players to have more playing time which led to the introduction of the Under-23 ruling in the league.

There will be no limit on the number of Under-23 players registered in the squad.

As part of the league’s review, the revision will allow coaches more flexibility in player selection and increased opportunities in the form of more possible playing minutes.

This will allow players to showcase their abilities in the league and to be scouted for the National Team. The FAS will also be introducing a new policy that will incentivise the clubs to continue to prioritise and invest in the development of youth players.

Under the new scheme, clubs will receive monetary rewards for developing youth players at the club level and receive further incentivisation for each of their Under-23 players who get called up to the National Teams.

Youth development efforts, which remain a key focus of the FAS, will be consolidated through dedicated youth leagues. Subject to prevailing circumstances, the leagues are slated to resume next year, after being suspended since 2020. The youth leagues will provide platforms for increased playing opportunities and a continued pathway for the development of more young players towards a career in top-flight professional football.

Members present at the virtual Congress, 31 valid votes were casted via proxy. Each Committee’s term will span four years, ending in 2025.

Results of the Elections of Judicial Bodies and Independent Committees

Two clubs were granted Ordinary Membership status after receiving approval from the Congress.

Geylang Serai Football Club and Woodlands Lions Football Club shall be entitled to all the rights for Ordinary Members set out in the FAS Constitution, which includes voting rights at subsequent FAS Congress.