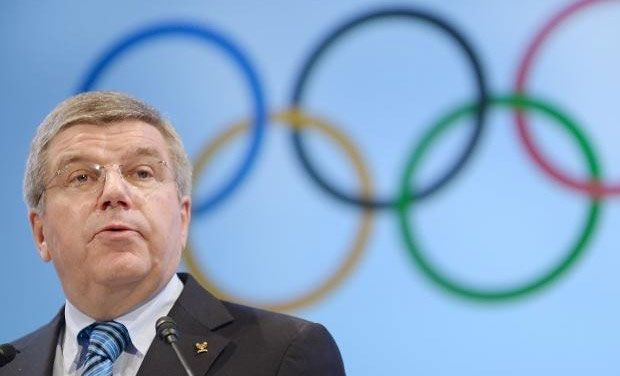 Bach would not comment on the announcement by UEFA leader Michel Platini on Wednesday that he was a candidate to take Sepp Blatter’s place as FIFA president when an election is held next February.

But he said in an interview that all candidates had to embrace “transparency”.

“That applies to each candidate. It applies particularly because FIFA’s problems will not be over with the election of a new president.

“There must be reforms to the FIFA structure, transparency must be improved, the other structures must be transformed. The election of a president alone will not be enough.”

The IOC chief pointedly avoided involvement in the looming FIFA election battle however. “I am not going to make a comment on the election of federation president. It is not for me to judge,” he said.

FIFA was rocked by the arrest of seven football officials accused of taking bribes on the eve of its Congress on May 27.

Bach spoke at the congress before Blatter was reelected to a fifth term as president but within four days he had announced that he would stand down.

The seven FIFA officials are among 14 people charged by US authorities of involvement in more than $150 million of bribes for football marketing contracts.

Bach underlined the need for sports federations to bolster “credibility” as he opened a special IOC session to choose between Beijing and Almaty, Kazakhstan, to host the 2022 Winter Olympics.

“These are difficult times in sport, as recent events in other sport organisations have all too clearly shown,” he told delegates without mentioning FIFA.

“People today demand more transparency and want to see concrete steps and results on how we are living up to our values and our responsibility.

“We need to demonstrate that we are indeed walking the walk and not just talking the talk.”

The IOC embarked on its own reforms after its own scandal over members receiving money for voting for Salt Lake City to host the 2002 Winter Games.

“We know from our own history how long it takes to rebuild credibility and that implementing best practices with regards to good governance and transparency can not happen overnight,” Bach said.

“Putting these changes like term limits, age limit and others in place has not been an easy process. But we see very clearly today just how vital these reforms have been for our organisation,” the IOC president added. – Agence France-Presse