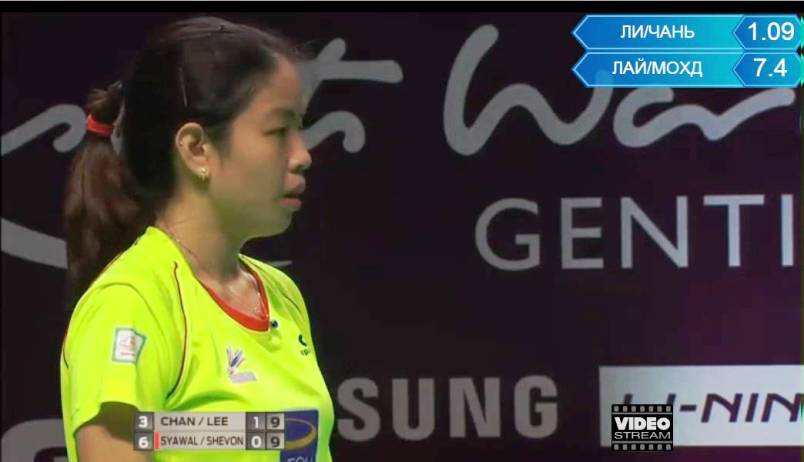 # Malaysians fall in the singles at the final hurdle

Former Thomas Cupper and singles player Goh Soon Huat gave his badminton career a shot in the arm as a mixed doubles player – virtually achieving instant success with his partner Shevon Lai Jemie at the Celcom Axiata Malaysia International Challenge which ended at the Likas Sports Complex in Kota Kinabalu on Sunday.

And it is Soon Huat’s first ever career title as he never won any title during his stint as a singles player. Thanks to the Badminton Association of Malaysia (BAM) making the bold decision to turn him into a doubles players Soon Huat is reaping the dividends.

Soon Huat-Shevon Lai needed only 25 minutes to clinch their title with a 21-13, 21-17 win over Taiwan’s Yang Po-hsuen-Wen Hao-yun in the final which lasted 25 minutes.

Malaysian shuttlers had a field day in the doubles with Chooi Kah Ming-Low Juan Shen taking the men’s doubles. The sixth seeds upset the second seeded pair of Lu Ching-yao-Yang Po-han of Taiwan 21-9, 21-13 in 30 minutes.

This is the second title for Kah Ming-Juan Shen within a week after winning the Victor International Challenge in Indonesia last week.

Malaysia ended playing bridesmaid in both the singles. In the men’s singles national back-up shuttler R. Satheishtharan failed to gain revenge over Indonesia’s Panji Ahmad Maulana. The Indonesian, who also beat the Malaysian in Semarang, won 21-9, 16-21, 21-12.