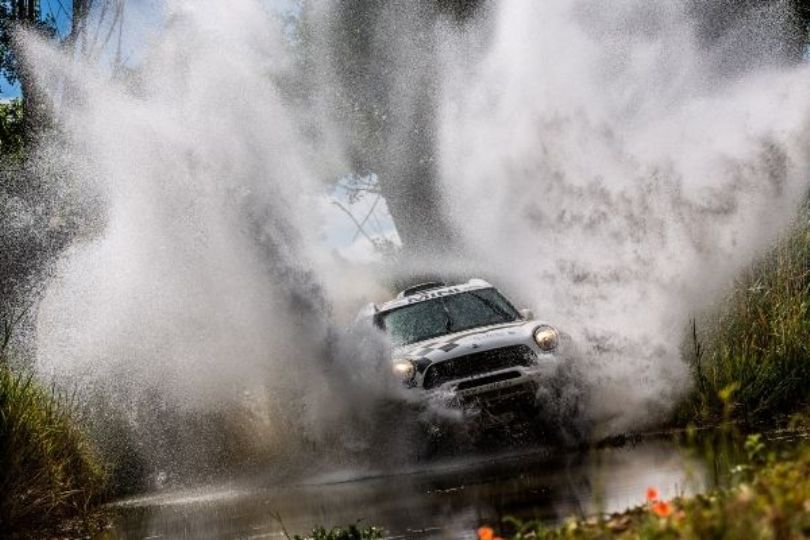 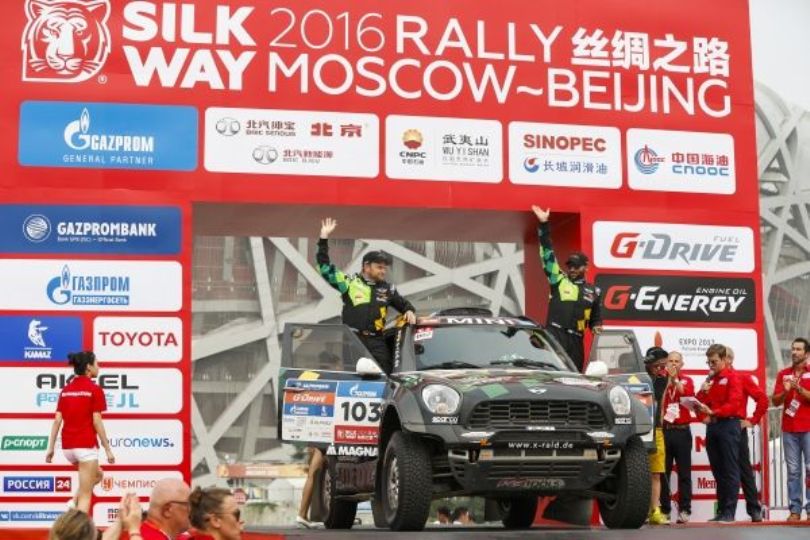 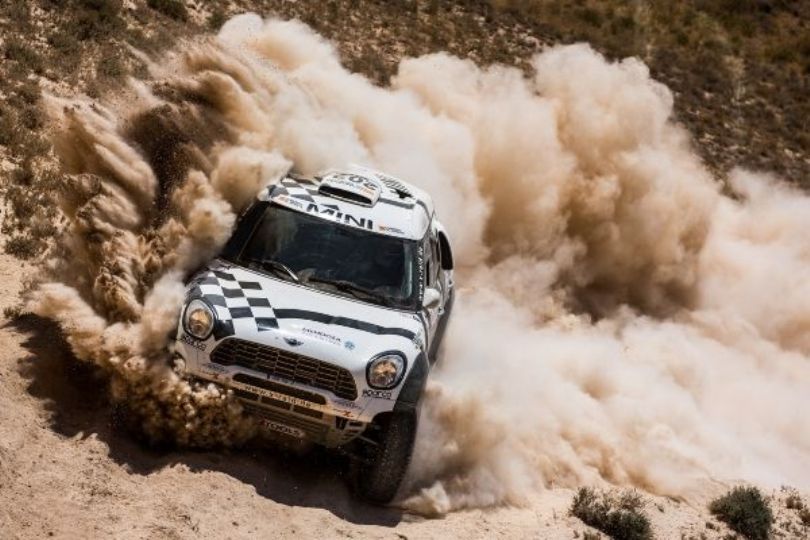 Following yesterday’s official Silk Way Rally 2016 podium ceremony in Beijing, the MINI ALL4 Racing crews have had time to reflect on the epic 14-stage rally that covered more than 10,000km and three countries in two weeks. Most have agreed that the Moscow to Beijing event was tougher and more demanding than this year’s world famous Dakar.

The MINI ALL4 Racing crews found the long days, difficult stages and hot weather conditions of the Silk Way Rally more physically demanding than this year’s Dakar. However, all were happy that the MINI ALL4 Racing was able to cope with all of those challenges, enabling four of the five crews entered into the competition to finish in a top five position overall. The remaining crew of Bauyrzhan Issabayev (KAZ) and Vladimir Demyanenko (RUS) claimed a top ten position.

The leading MINI ALL4 Racing crew of Yazeed Al Rajhi (KSA) and Timo Gottschalk (GER) in the #103 car for the X-raid Team were happy to have finished runner-up overall and used the rally as a major learning experience. They plan to return to the event and put their experience to good use in contesting the title.

Al Rajhi said: “The Silk Way is a very nice rally and we are leaving having had a good experience. The competition was strong and we enjoyed it a lot even though some of the stages were very long and tough.”

Co-driver Gottschalk added: “It was a really great adventure to go from Moscow to Beijing and there were some great surprises along the way with really nice stages. For sure, it was a long rally though and, I think, it was even harder than Dakar this year, with some difficult navigation and very demanding stages.”

The third-placed Russian duo of Vladimir Vasilyev and Konstantin Zhiltsov (X-raid Team #101) who performed consistently throughout also enjoyed the experience, but were disappointed at the cancellation of some early stages. The second leg from Kazan to Ufa was cancelled due to torrential rain and the 11th leg from Dunhuang to Jiayuguan did not go ahead due to a sandstorm.

Zhiltsov said: “It’s not good that some specials and stages were cancelled, because in my opinion those sections were places that we had an advantage – they were areas that I believe we would have excelled. After the border, the Chinese Special was more suited to buggies, but we continued to fight and did a good job and achieved the maximum possible for this time. It has been an interesting rally and a good learning experience with a lot of dunes to tackle. The Silk Rally is a good race overall.”

The fourth-placed MINI ALL4 Racing crew of Harry Hunt (GB) and Andreas Schulz (GER) in #105 agreed with Gottschalk’s assessment of the event, with Hunt saying: “I’m kind of relieved it’s over but it’s also a shame because it’s a great race. I personally found it harder than the Dakar, with some of the stages being much trickier. The rally really stepped up and went to a whole different level as soon as we got into China, the heat was more intense and the stages and conditions were harder but the scenery was amazing.”

Schulz added: “Silk Way has been a very tough rally and Harry’s improvement has been fantastic; we barely made any mistakes. We enjoyed having the opportunity to fight with the top crews and we have the confidence now to fight in the top five at any race. For me, the rally was much harder than expected and I was surprised how hot the race was in China. Before we came, I said we’re going on holiday, but there was no holiday!”

Also in action over the weekend, were the MINI ALL4 Racing crews of Mikko Hirvonen (FIN)/ Michel Périn (GER) and Orlando Terranova (ARG)/Tom Colsoul (BEL) who raced in Spain’s Baja Aragon. Both pairings secured a top five finish with Hirvonen finishing in third position overall and Terranova two places behind in a closely-fought fifth.

Both drivers were among the quickest during the Special Stages on Saturday, with Hirvonen ending the day in second position and Terranova in fourth. However, Sunday saw both drivers drop back a position in the overall standings.

Hirvonen: “We had a good weekend. I wanted to pressurise Carlos on Sunday as he was just two minutes ahead; we made good progress until we had a puncture. Unfortunately, this offered Nasser the opportunity to also pass us. But we nonetheless made it to the podium.”