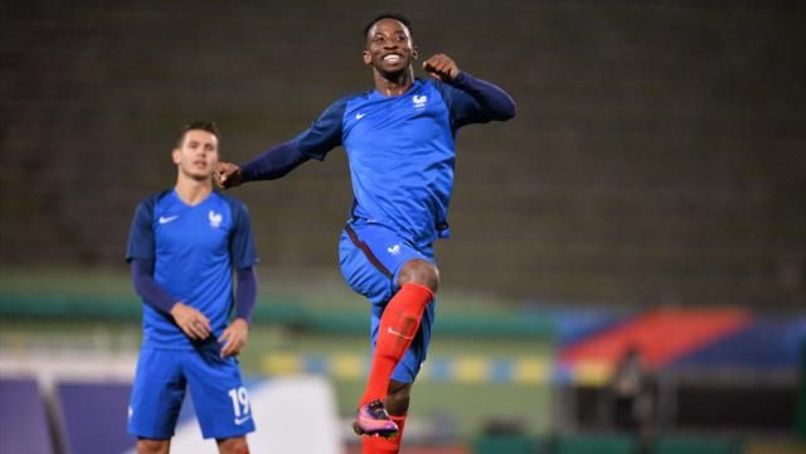 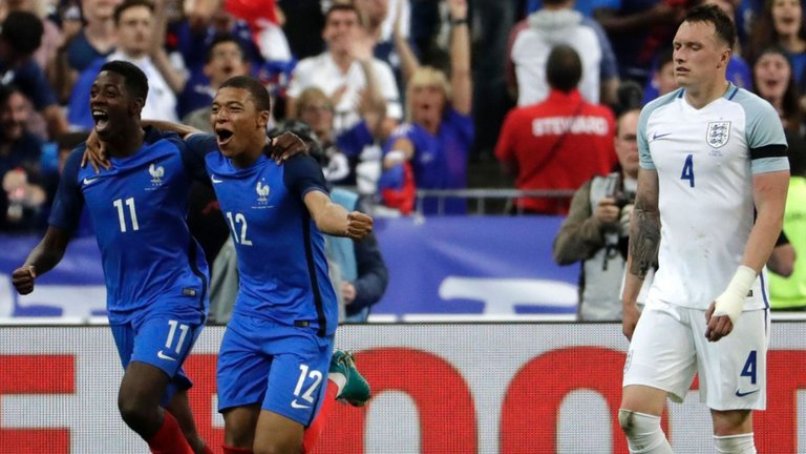 Ousmane Dembele capped a thrilling performance with the deciding goal as 10-man France beat England 3-2 in a friendly in Paris on Tuesday in which the video assistant referee played a central role.

Captain Harry Kane had earlier scored twice for the visitors at the Stade de France, including from a penalty early in the second half.

That came after the Italian referee gave a spot-kick for a foul on Dele Alli and the video assistant — being trialled here — ruled that Raphael Varane deserved a straight red card.

The decision was a controversial one, coming after FIFA tweaked the rules last year to reduce cases of players being sent off for denying clear goal-scoring opportunities, unless the offence is deliberate.

Varane’s team-mates and the French fans did not agree with the call, which came after Samuel Umtiti and Djibril Sidibe had scored to cancel out Kane’s early opener.

But France’s recovery when a man down was a source of disappointment for England manager Gareth Southgate.

“We should have got a result. In the space of 90 minutes we saw the things that we are very good at — we looked a threat and created a lot of openings — and equally we saw what we have to do better,” he said.

Meanwhile, France coach Didier Deschamps was delighted to see his side get back to winning ways after a World Cup qualifying defeat in Sweden.

“It is always good to finish with a victory, especially after a defeat. We were down to 10 men, so hats off to the players, because that is a great England team,” he told TF1.

It was a fine end-of-season match, played out in front of French President Emmanuel Macron and British Prime Minister Theresa May and preceded by an emotional tribute to the victims of recent terror attacks in England.

The French fans in the crowd of almost 80,000 joined in with the English anthem ‘God Save the Queen’ and a minute’s silence was observed to honour the victims of attacks in Manchester and London over the last month.

England were back in France for the first time since their disastrous Euro 2016 campaign, when they were humiliated by Iceland in the last 16.

Southgate made six changes to his line-up following the 2-2 World Cup qualifying draw in Scotland, while Kane again wore the captain’s armband.

The Tottenham Hotspur striker, the top scorer in the Premier League last season, netted a stoppage-time equaliser at Hampden Park and he gave the visitors the lead in the ninth minute here, tapping in after Raheem Sterling’s back-heel had set up Ryan Bertrand to deliver a low cross from the left.

Olivier Giroud had an effort ruled out for offside and France were forced into an early change — the first of many substitutions — as Lucas Digne replaced the injured Benjamin Mendy.

The Euro 2016 runners-up deserved their equaliser when it came midway through the first half as Barcelona defender Umtiti followed in to score after Tom Heaton had saved from Giroud’s header.

Burnley goalkeeper Heaton was preferred in goal to under-fire Joe Hart and he underlined his credentials with a fine stop to deny Kylian Mbappe, but he was beaten again two minutes before the interval.

Dembele did brilliantly to create the opportunity for a shot that was saved by Heaton but Monaco full-back Sidibe converted the rebound.

Many members of the crowd were still returning to their seats after the interval when referee Davide Massa pointed to the spot when Varane clipped Alli in the area.

Varane was incredulous when he was sent off following the video assistant’s intervention, and Kane then beat his Spurs colleague Hugo Lloris from 12 yards, but France had the last laugh.

Mbappe hit the bar before, with 12 minutes left, he set up Borussia Dortmund starlet Dembele to net the winner from a low finish past substitute goalkeeper Jack Butland. – Agence France-Presse