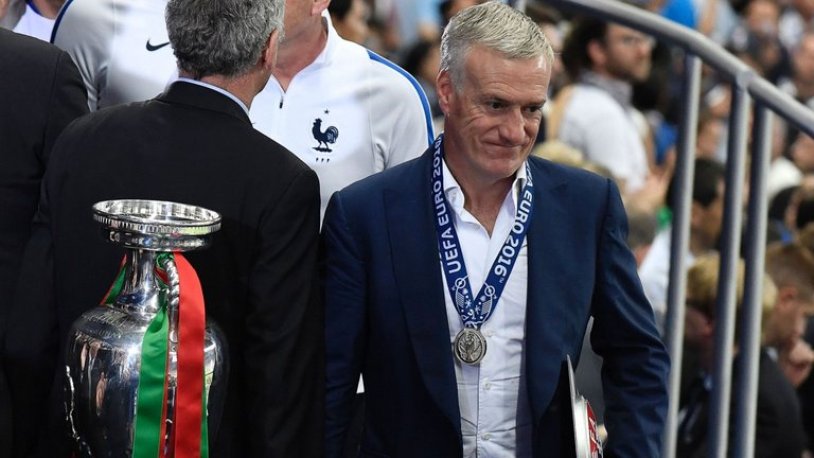 France coach Didier Deschamps said his team had wasted “a big chance” to become Euro 2016 champions after falling 1-0 to Portugal in Sunday’s final.

“We’ve let a big chance to be champions pass us by.”

France were hoping to win a record-equalling third European Championship, after previous successes in 1984 and 2000, and a third tournament on home soil after Euro 1984 and the 1998 World Cup.

Deschamps, who is under contract until 2018, was France captain in 1998 and 2000 and was bidding to emulate Germany’s Berti Vogts by winning a European Championship as a player and coach.

“There are no words to describe this feeling,” he added. “You need time to digest it. We suffered together, we won together, and in the end we lose together. It’s difficult, but it’s like that.

“It would have been magnificent to offer our fans this trophy, at home. But it’s not the case in the end.”