Home 2022 Girolami goes for it with perfect Pau WTCR pole 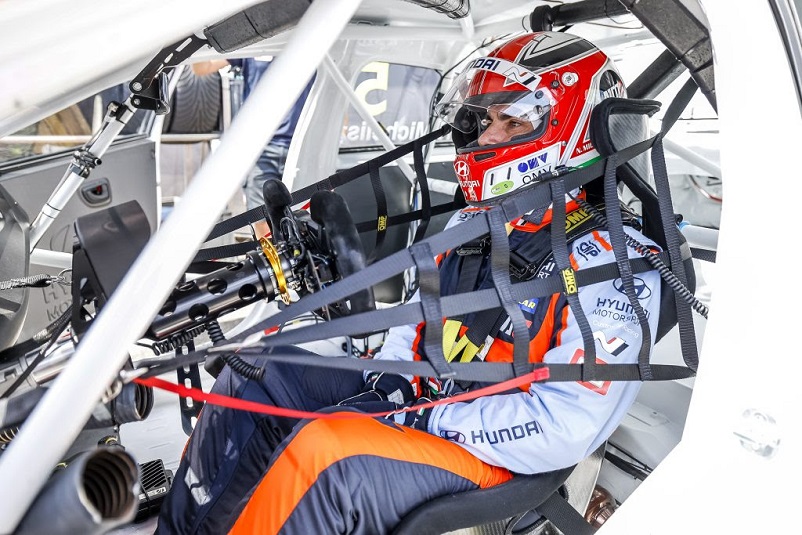 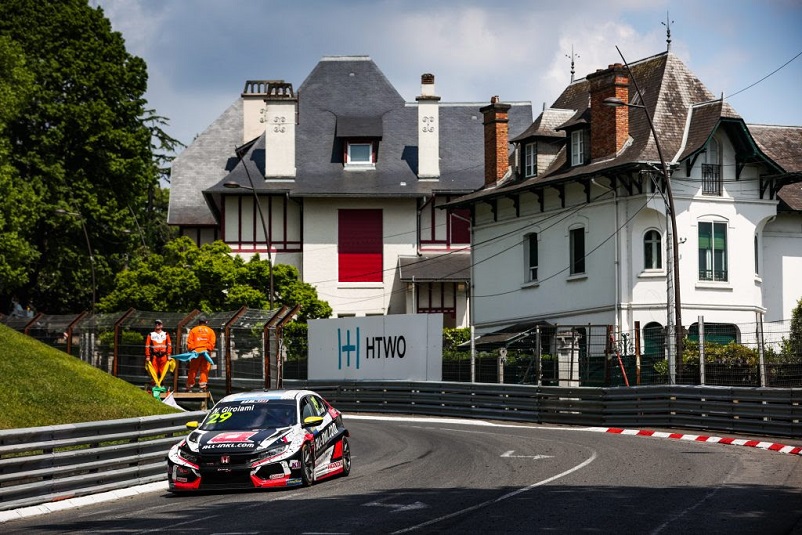 Honda-powered Néstor Girolami scorched to the Race 1 pole position at WTCR Clean Fuels for All Race of France today by pipping his ALL-INKL.COM Münnich Motorsport team-mate Esteban Guerrieri in an eventful qualifying session on the streets of Pau.

Argentine Girolami set the fastest time in the Q3 shootout after the Q2 session was interrupted by a heavy accident for Thed Björk in his Cyan Performance Lynk & Co 03 TCR, from which the Swede emerged uninjured.

Under new rules for the 2022 WTCR − FIA World Touring Car Cup the quickest five drivers in qualifying, regardless of whether they set their fastest lap in Qualifying Q1, Q2 or Q3, score points on a 10-8-6-4-2 scale. It means Girolami, Guerrieri, Berthon, BRC Hyundai N Squadra Corse’s Mikel Azcona and Comtoyou Team Audi Sport’s Belgian youngster Gilles Magnus have all registered their first scores of the season.

They were headed by Rob Huff’s Zengő Motorsport Cupra Leon Competición, the British driver ending up just 0.063s slower than Santiago Urrutia who just made it through in P12. The Uruguayan had been fastest in both free practice sessions, so might have expected to qualify more comfortably than he did.

King of WTCR Yann Ehrlacher was also relieved to make it through after scrapping his Lynk & Co against a barrier and incurring damage. “I’m sorry for the guys, but we are on the edge and it can happen,” he said. “There is no margin for error here.”

Beyond Huff, the others to miss the cut were Mehdi Bennani (Audi) in P14, Tiago Monteiro (Honda), Tom Coronel whose session was interrupted by a tyre off the rim on his Audi, Dániel Nagy (Cupra) and Wild Card entry Éric Cayrolle (Audi).

Blow for Björk as Guerrieri tops Q2 order
The Q2 session was interrupted after three of its 15-minute duration when Björk clipped a wall at Turn 12/13, which sent the Lynk & Co heavily into the barrier on the other side of the track. The front-left punched a big hole in the barrier as Björk’s car bounced out and was left stranded in the middle of the track on the exit of a blind corner. Two other Lynk & Cos narrowly missed him, threading through a small gap between the car and the barrier as the red flags flew to stop the session. Björk walked away from the accident unaided.

Ma was the first on the scene and was relieved to narrowly avoid his own accident. “It was really a critical situation,” he said. “I saw the yellow flag, I slowed down a little bit, but Thed’s car was stopped just on the exit of a blind corner, and I couldn’t see at all. I was really lucky to go through [the gap] but I still have some damage on the car.”

Björk said: “It was a big impact. We are fighting going around this track with not a thought about hitting the wall because everyone is pushing so hard for the limit. For me, I wasn’t expecting it. As soon as you do just a small mistake here, the track bites me back so hard. But I feel OK. I’m really upset because I wanted the points and to have a good race tomorrow. I’m sorry for the boys at the team, but I’m happy I’m feeling OK. Now I must fight back. I love street circuits but this is what happens sometimes.”

Once the session began, Guerrieri stamped his mark on the session with the fastest time at 1m19.85s − the first driver to dip below 1m20s. The other four drivers to make it through to the Q3 shootout were Berthon, who put in a great lap to jump up to second, ahead of Girolami, Muller and Ma.

A frustrated Ehrlacher just missed out in sixth, as did free practice pacesetter Urrutia in seventh. Azcona was disappointed to only qualify eighth, ahead of Attila Tassi and Norbert Michelisz whose P10 earns him the partially reversed grid pole position for Race 2. Michelisz damaged his Hyundai by nosing into the Turn 2 barrier, but his team taped up the bodywork to allow him to return to the track to start at the front for Sunday’s second race.

Guerrieri goes first, Girolami goes fastest
Guerrieri chose to run first in the top-five Q3 shootout. He set a quick benchmark of 1m19.937s, only slightly slower than his Q2 effort. His ALL-INKL.COM Münnich Motorsport team-mate Girolami was next to run, was up in the first sector, slightly slower in the second – and flew across the line 0.154s faster than Guerrieri.

Ma became the third of the five to take his shot, on his first weekend in the Lynk & Co. The Chinese driver was 0.964s off Girolami’s lap and was no threat to the Honda duo.

Now Muller took his turn. The local hero proved faster than Ma but was 0.578s off Girolami’s mark to go third – with just Berthon left to run. The Audi driver gave it his best, but ended up behind Muller, leaving the top four separated by just 0.846s.

That left the top five as Girolami on the Race 1 pole position from Guerrieri, Muller, Berthon and Ma. “I’d like to congratulate everyone at the team, they did a fantastic job. Maybe we were too fast! Let’s see how we go at the next race with the 40kg!” said a delighted Girolami. “I’m so happy for Esteban too because he put in an amazing lap in Q2. We put everything together. The car was amazing during free practice and I knew in Q3 the track temperature was going colder and the lap time would slip, so I was going a bit more aggressive. The front end was fighting more, but that gave me two-tenths more and I’m happy to get the first pole position of the season and now we must complete the job tomorrow. We have to be smart. On a street circuit there is not much you can do. But I feel so happy and so confident with the car.”

All timings CET, provisional and subject to change.