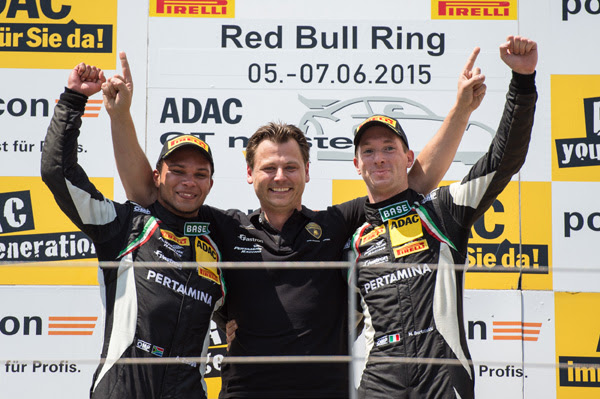 Two really challenging racing series are not enough for Grasser Racing Team. So the successful squad around team principal Gottfried Grasser looked for a third playing field this year, besides Blancpain Sprint and Blancpain Endurance Series. In 2016 the team with its Lamborghini Huracán GT3 cars will also participate at the highly valued German ADAC GT Masters, where a total of 500 000 Euro prize money are at stake.

The first appearance of the two Grasser cars with drivers Christian Engelhart and Rolf Ineichen as well as Gerhard Tweraser and Luca Stolz will happen at the beginning of April at the German racetrack Oschersleben. There the official test days of the ADAC GT Masters will take place from 4th to 6th of April. These days serve as a preparation for the official start of the season at the weekend from 15th to 17th of April.

With Engelhart and Ineichen, Grasser can count on two very experienced drivers in the first of the two cars. Both recently also contributes to the 3rd place the team reached at the 12 hours of Mugello. Christian Engelhart, a 29-year-old chassis and engine engineer from the Bavarian town of Ingolstadt, is on of the most successful Porsche Cup drivers and already won six races at the ADAC GT Masters. Rolf Ineichen, a 37-year old business man from Switzerland, can also look back at a lot of experience in GT racing and has proven all over again to be competitive against the professionals, even if he considers himself more of a “semiprofessional” racer, who still has to focus mainly on his business.

The second car is shared by the two Lamborghini junior drivers Stolz and Tweraser. 20-year-old German Luca Stolz, who in 2013 while only 17 was the youngest ever starter in German Porsche Carrera Cup, will also race the complete Blancpain Series for Grasser this year. He already took part at the ADAC GT Masters last year in a Bentley. Gerhard Tweraser is the Austrian local hero at Grasser Racing: Born in Bad Ischl, the 27-year-old is already looking forward to representing the local colors at such a high class racing category.

But team principal Gottfried Grasser is confident about being able to be competitive from the word “go”. He can rely on a very successful kind of “test” last year, when Grasser Racing for once participated at the ADAC GT Masters event at Red Bull Ring, located closely to the team´s headquarters at Knittelfeld, Austria. The result then was more than promising, as Mirko Bortolotti and Adrian Zaugg immediately managed to win the second race of the weekend. 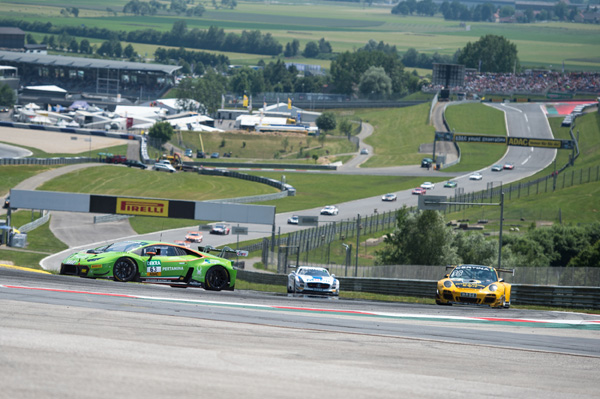 For the new season, the team will get additional support by new technical partner: “We are glad to announce our new partnership with Günter Dullinger”, Grasser states. “Günter accompanied us during our whole testing program of about 12.000 track kilometers. Together we were able to find quite a bit of performance from the dampers. It´s a great pleasure for us to be able to work together with ‘Dullinger Fahrwerkstechnik´!”
(More info at dullinger.co.at)

Of course even under these great conditions it´s not a given fact that the year 2016 will start with a win immediately, but in general Grasser is quite optimistic: “I have a good feeling about our driver line-up, and I hope we can play a part in the championship.” For anybody wishing to accompany Grasser Racing on their new way: All races of the ADAC GT Masters will be live on TV again at SPORT1!