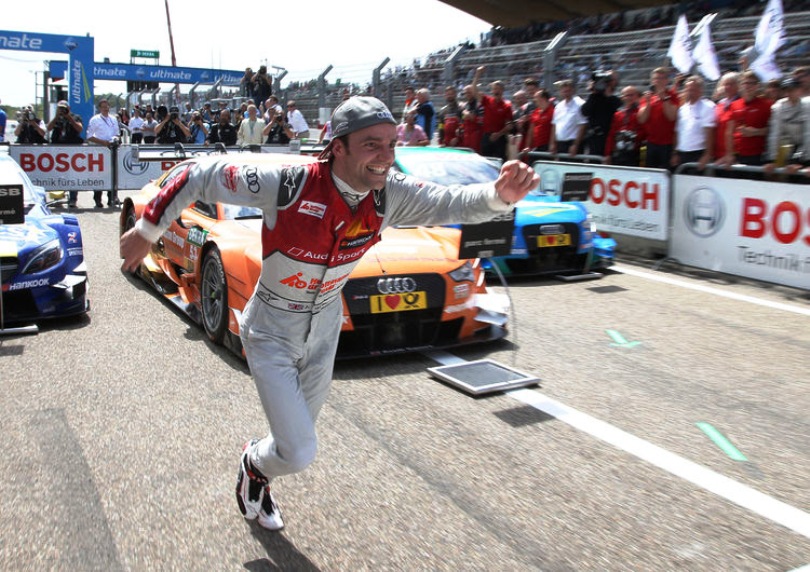 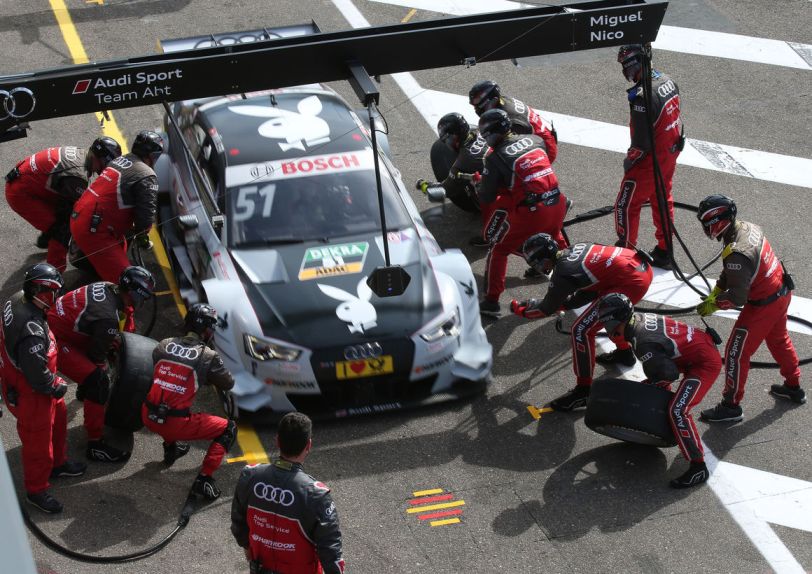 Green within striking distance of the leader of the standings

A big Audi party in the dunes on the Dutch North Sea coast: On Sunday, Jamie Green and his Hoffmann Group Audi RS 5 DTM were in a class of their own on what is arguably the most challenging DTM race track of the year. In the morning, Green secured the top spot on the grid for the eleventh time in his DTM career, followed in the afternoon by a clear victory with a 9.731-second advantage over his British compatriot Gary Paffett (Mercedes-Benz).

In the early phase, Green had three Mercedes-Benz cars on his heels. The Audi driver defended his lead anyhow and, following an early and quick tire change on lap 12, managed to increasingly pull clear of the field chasing him and, in the event, was even able to slightly reduce his pace. For Green, this was his 13th victory in the DTM and first one at Zandvoort.

“In 2006, I’d taken pole position once before but for my first victory on this fantastic race track I had to wait for ten years,” said the new runner-up in the standings following his first success this season. “Winning at Zandvoort has always been my dream. Today, it came true. In the early stage, my rear-view mirror was filled with Gary (Paffett), Robert (Wickens) and Chris (Vietoris), and I thought winning would be difficult. But on my second set of tires I was faster and able to control the race. My thanks go to Audi Sport Team Rosberg for a perfect set-up and a great pit stop.”

In the drivers’ standings, Green moved up, now being separated from leader of the standings Marco Wittmann (BMW) by just seven points. Edoardo Mortara, without points the day before due to an unjustified drive-through penalty, following his third place in the Castrol EDGE Audi RS 5 DTM on Sunday, is trailing Green by just another ten points in third place. At the start, the Italian dropped from fourth to fifth place but on the last laps gained two positions when the Mercedes-Benz cars in front of him encountered problems with their front tires.

Nico Müller (Playboy Audi RS 5 DTM) and Mattias Ekström (Red Bull Audi RS 5 DTM), thanks to their fresher tires, were able to make up many places in the final stage and finished Sunday’s race in positions five and seven. With that, they contributed their share to Audi now trailing the front runner in the manufacturers’ classification, BMW, by only ten points and being able to reach for the lead of the standings in Moscow (Russia) on August 20/21.

Mike Rockenfeller in the Schaeffler Audi RS 5 DTM of Audi Sport Team Phoenix took 15th place after starting from position 18. His teammate Timo Scheider (AUTO BILD MOTORSPORT Audi RS 5 DTM) was bumped off track by a BMW as early as on lap two and forced to retire. Miguel Molina’s race in the Teufel Audi RS 5 DTM ended early as well when a BMW in front of him suddenly slowed down and the Spaniard was unable to avoid a collision.

Following his starting accident the day before, Adrien Tambay witnessed the victory of his teammate Jamie Green only as a spectator from the pits of Audi Sport Team Rosberg. Standing in for Tambay was René Rast, who made a remarkable showing in his unexpected DTM debut, outperforming two rivals in qualifying and bringing the Speedweek.com Audi RS 5 DTM home in position 19.

“After yesterday’s disappointment, the race today was obviously balm to our wounds,” says Dieter Gass, Head of DTM at Audi Sport. “Due to his early pit stop, Jamie (Green) forced our competitors’ hand. We knew that the situation with the tires would be a close call towards the end. But Jamie did a good job of controlling it and deservedly drove the car home to victory. Edo (Mortara), Nico (Müller) and Mattias (Ekström) benefited from their tires being in good shape at the end as well. Today, that was the key to an altogether great result for Audi.”