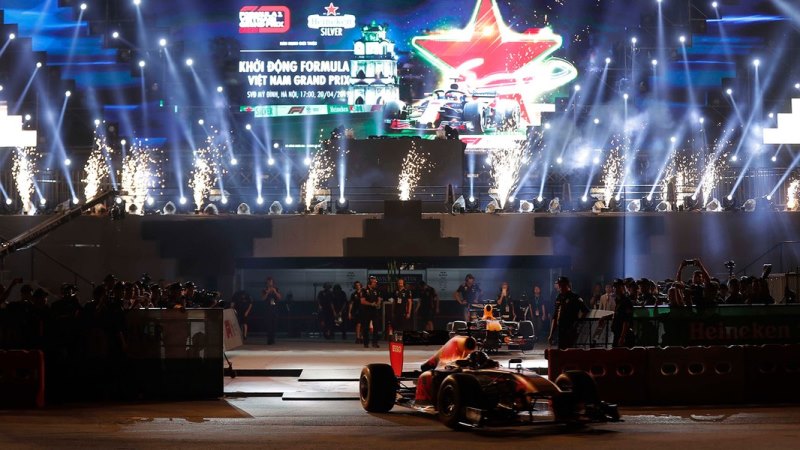 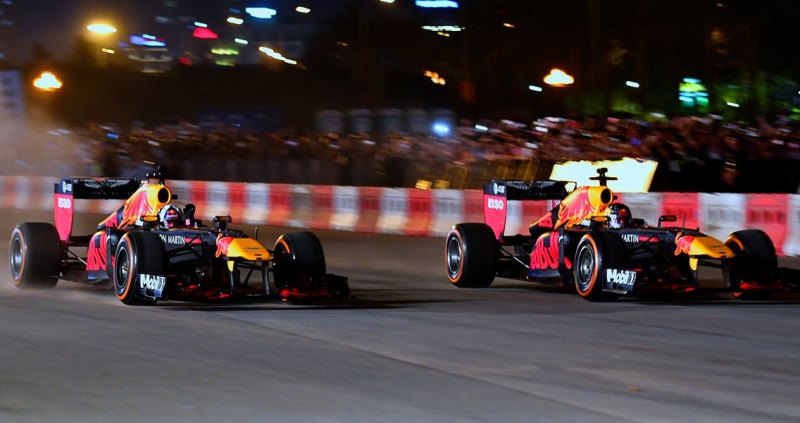 With just one year to go before F1 powers up for the first Vietnam Grand Prix, our show car team revved up the anticipation with a second visit to the country. Thanks to our good friends at Heineken and the Vietnam Grand Prix Corporation, we unleashed a double dose of Formula 1 power, with Grand Prix legend David Coulthard and Aston Martin Red Bull Racing Simulator Development Driver Jake Dennis burning up the streets of next year’s race venue, Hanoi.
F1’s newest street circuit will feature a high-speed, 22-corner layout, part of which flows past the My Dinh national stadium, and it was on this stretch of road that DC and Jake were let loose in a pair of V8 powered RB7s.
Throughout a sweltering day in the Vietnamese capital the audience steadily grew until showtime at 7pm when more than 50,000 fans had packed the length of the specially constructed, 700 metre-long track.
“It’s great to have the opportunity to drive the RB7 again and to see the energy of the crowd,” smiled David Coulthard, who added that the sound and fury of F1 cars in action had left fans primed for the celebrations to follow.
“It was pretty hot and heavy out there and I think they’re well warmed up for Heineken Ambassador Armin Van Buuren’s DJ set. After our efforts on track, he’ll now show them how Formula 1 likes to party.
“It was pretty dusty out there but in fairness to the city they’re building a grand prix track on this site as we speak but it just added to the visual aspect,” DC said of the layout for this second show run in Vietnam following our first visit, to Ho Chi Minh City last May.
“It was very warm out there but it was really great to have the chance to do it. The energy that these show cars bring around the world is amazing. Aston Martin Red Bull Racing are the top team when it comes to bringing F1 power to people around the globe, so it’s only fitting that we’re here to mark the one-year countdown to the first race in Hanoi with our partners Heineken.”
Meanwhile, for Jake Dennis it had truly been a night to remember. “It was a pretty cool experience and sharing an F1 show with DC has been an absolute privilege,” he said. “The fans here have been incredible. The donuts at the end were great fun and to stand on top of the car with the fans going crazy was fantastic. I believe there were over 50,000 people here, which is amazing. I definitely won’t forget it.”
Having turned up the heat in Ho Chi Minh and brought the noise to Hanoi, our next visit to Vietnam will be next April for what is sure to be an awesome inaugural Vietnamese Grand Prix. 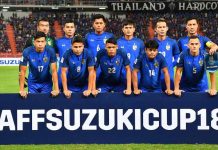 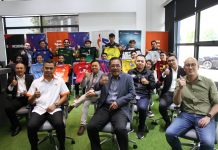 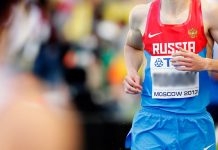