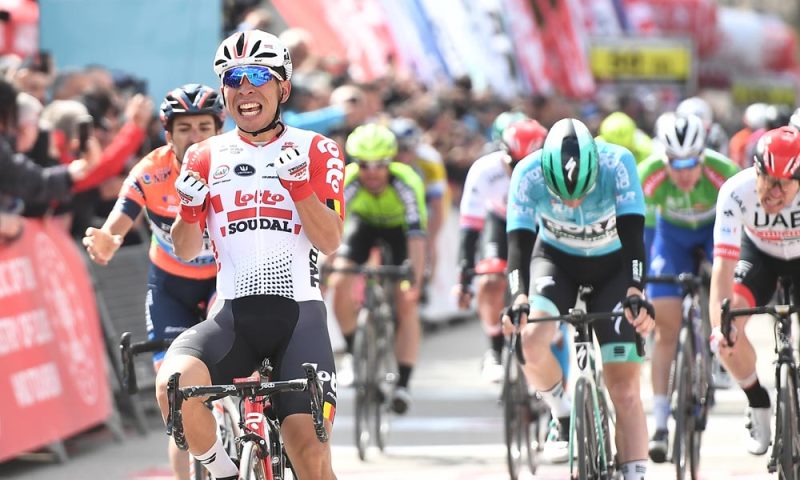 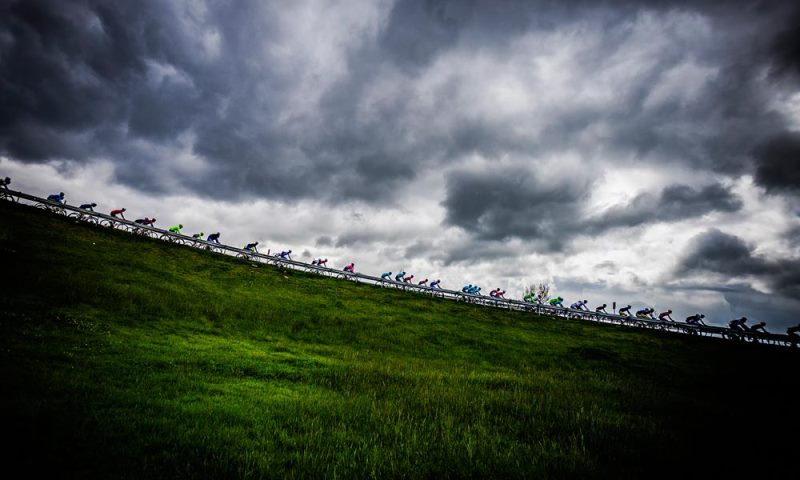 Due to exceptionally snowy conditions in the ski resort of Kartepe, the queen stage was shortened by 4km but there was enough climbing for Felix Großschartner (Bora-Hansgrohe) to clinch his first victory in five seasons as a pro. As he bettered Merhawi Kudus (Astana) in the last 200 metres after dropping Belgian prodigy Remco Evenepoel (Deceuninck-Quick Step), the Austrian took over from his team-mate Sam Bennett in the lead of the overall ranking.

Three riders in the lead

112 riders took the start of the queen stage in Bursa. Four non-starters: Lukas Pöstlberger (Bora-Hansgrohe), Mark Renshaw (Dimension Data), Oscar Cabedo (Burgos-BH) and Jasper De Buyst (Lotto-Soudal). Ramunas Navardauskas of Delko-Marseille won the KOM price at km 14 ahead of red jersey holder Thimo Willems (Vlaanderen-Baloise) but it took 30km and numerous skirmishes before a breakaway took shape with Jose Viejo (Euskadi-Murias) and Robbe Ghys (Vlaanderen-Baloise) being rejoined by Roger Kluge (Lotto-Soudal) to form a leading trio. They got an advantage of more than eight minutes. Ghys won the intermediate sprint at km 71.2, after which it kept decreasing until they got reeled in with 11km to go at the beginning of the hilltop climb to the ski resort of Kartepe.

Dimension Data set the tempo for most of the ascent, preventing any attack from taking place. Right after Delko-Marseille took the command of the group with 6km to go, Valerio Conti (UAE Team Emirates) rode away at the 5km to go mark. Evenepoel was first to catch him. The Belgian teenager continued solo 4.5km before the finishing line and was rejoined by Großschartner, Kudus and Conti with 3km remaining. Conti was first to let the other go. Kudus attacked with 1.8km to go but Großschartner bridged the gap within 1km to go and rode the Eritrean off 200 metres before the end.

Großschartner in the overall lead

This is a first for Großschartner in his pro career that started with CCC in 2016 before he moved to BoraHansgrohe in 2018. The 25 year old from Austria got his best result so far with second overall at the Tour of Guangxi last year. He had a solid start of 2019 with 5th at the Vuelta a San Juan and 12th at Paris-Nice. On the eve of the grand finale of the 55th Presidential Tour of Turkey, he leads the overall ranking by 19 seconds over Conti and 25 seconds over Kudus.