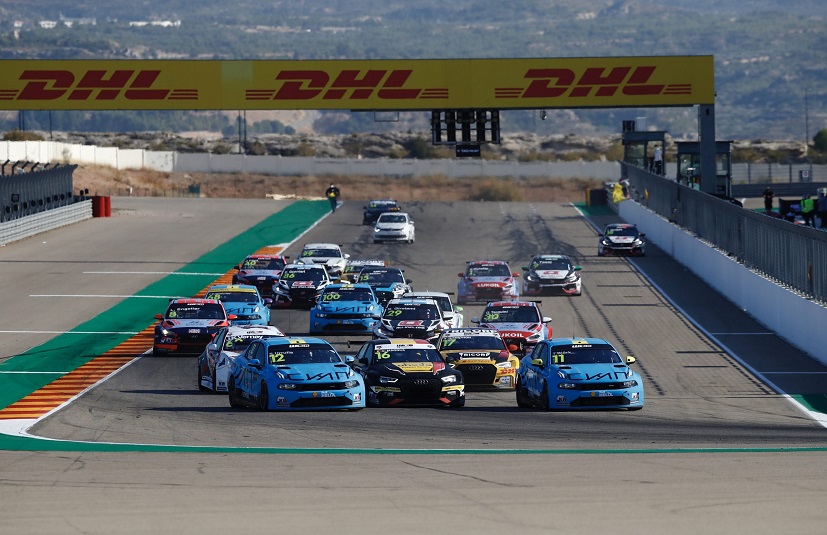 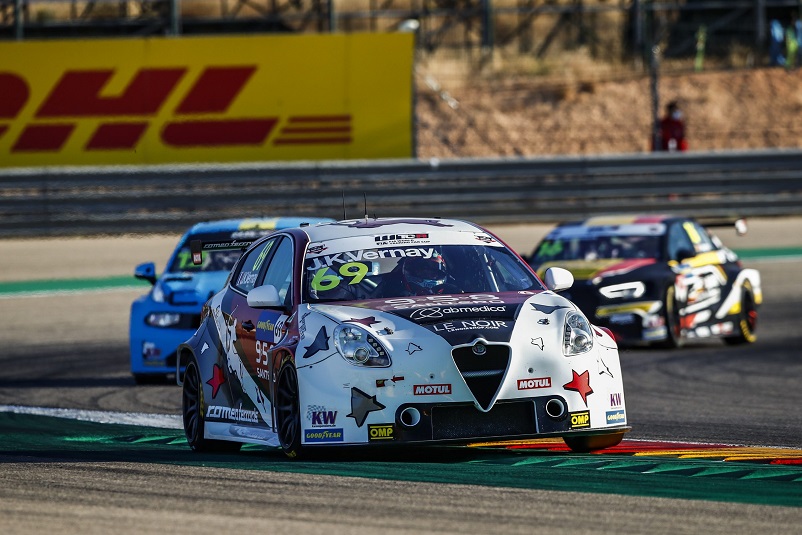 Azcona’s first WTCR win of 2020 in Race 2 at MotorLand Aragón was also a first victory for the all-new CUPRA and a first at world level for his Hungarian Zengő Motorsport team for five years.

But there was also plenty of cause for celebration at Team Mulsanne and Cyan Performance Lynk & Co after Jean-Karl Vernay and Thed Björk won for the two outfits in Race 1 and Race 3 respectively. Like Azcona, Vernay and Björk hadn’t triumphed in the WTCR this season and their victories were also richly deserved.

All three winners this weekend are among the 11 drivers who are still in mathematical contention for the 2020 WTCR title, which will be decided when the series returns to MotorLand Aragón from November 13-15 for the first WTCR Race of Aragón.

Despite an off-form weekend in his Cyan Racing Lynk & Co 03 TCR, Yann Ehrlacher managed to extend his advantage at the top of table to 27 points as the Goodyear #FollowTheLeader over ALL-INKL.COM Münnich Motorsport’s Esteban Guerrieri after the Argentine was also unable to hit the high notes in his Honda Civic Type R TCR.

After finishing third overall in Race 2, Magnus lost out in Race 2 and 3 with set-up issues causing him from falling down the order. That was particularly frustrating for the 21-year-old in Race 3 after he lined up on the DHL Pole Position for the first time in his career.

Uruguay’s Santiago Urrutia delivered his best weekend of the season so far with podiums in all three races for Cyan Performance Lynk & Co to earn the TAG Heuer Most Valuable Driver accolade having scored more points than any other driver. In his first season in the WTCR, Urrutia was second in Race 1 and third in Race 2 from seventh on the grid before he turned his third-place start in Race 3 to the runner-up spot behind team-mate Björk.

Although he couldn’t repeat his Race 1 victory heroics in the second and third counters, Vernay continues to lead the WTCR Trophy order for Team Mulsanne. The Frenchman was a non-finisher in Race 2 following contact but completed his Spanish weekend with sixth place in Race 3 aboard his Alfa Romeo Giulietta Veloce by Romeo Ferraris. Vernay hadn’t won in the WTCR since Macau in 2018, while Team Mulsanne’s last triumph in the series dates back to Slovakia in 2019 and was also long overdue.

Azcona’s Race 2 success followed his fourth-place finish in Race 1, which he completed ahead of BRC Hyundai N LUKOIL Squadra Corse pair Gabriele Tarquini and Norbert Michelisz. Hungarian Michelisz started Race 1 on the DHL Pole Position but a slow start and a slide at Turn 1 ended his hopes. While Michelisz’s weekend was one of frustration, Tarquini took third in Race 3 behind Björk and Urrutia.

Nathanaël Berthon was fourth in Race 2 and Race 3 for Comtoyou DHL Team Audi Sport, while Nicolas Baert, 19, joined his father Jean-Michel Baert’s Comtoyou line-up as a wildcard for the MotorLand Aragón event and impressed with P11 in Race 3 on his WTCR debut.

Goodyear #FollowTheLeader yellow jacket still belongs to Ehrlacher
Cyan Racing Lynk & Co’s Yann Ehrlacher retains the yellow jacket as the Goodyear #FollowTheLeader despite a weekend of struggle in Spain. Nevertheless, the 24-year-old from France actually managed to increase title advantage to 27 points over the chasing pack, which is still headed by Esteban Guerrieri after 13 all-action races. Goodyear is the WTCR’s official tyre supplier, providing its Goodyear Eagle F1 SuperSport race tyre for dry and wet weather use.

More funds raised for WTCR’s #RaceToCare
WTCR Race of Spain provided another opportunity for funds to be raised for the WTCR promoter Eurosport Events’ #RaceToCare campaign, in support of the FIA’s #PurposeDriven movement, in the fight against COVID-19. More information plus updates on the recent beneficiaries will be available soon at: https://www.fiawtcr.com/race-to-care/.

Race 1: Jean-Karl Vernay (Team Mulsanne, Alfa Romeo Giulietta Veloce TCR by Romeo Ferraris)
“I’m happy. Yesterday was tough, tough to understand the penalty. I always agree if I do something wrong to take it, but everybody has to take it. Anyway, let’s think about the future and that’s what I did. I was really focused this morning about what to do. Good start, a really good start and then, I won’t say I had to control the race, but most of the job was done already. And Santi was very quick and I’m pretty sure he also wants a victory so he was pushing hard. But no big mistakes, trying to use the advantage of my car where I know I can make a gap and control the rest of the track. We can be happy and very proud of what we are doing, what we are achieving as a really small team. The level is absolutely fantastic here on the grid and nobody makes big mistakes.”

Race 2: Mikel Azcona (Zengő Motorsport, CUPRA Leon Competición TCR)
“It’s unbelievable, it’s amazing just to win my home race. Good victory, good start from the beginning. Like I said before the race, the start with the new CUPRA is amazing, it’s very easy to do fast starts. It was a comfortable race for me. We deserved that because it’s been a really hard year for us, for Zengő Motorsport and for CUPRA. We have improved a lot since the first race weekend, at Zolder we were the last three cars. Now victory, the best car – it’s an amazing feeling. Thank you to the Zengő Motorsport guys and also to CUPRA because now I think we have a car to battle for more victories, so stay tuned.”

Race 3: Thed Björk (Cyan Performance Lynk & Co, Lynk & Co 03 TCR)
“At the start it’s so important to get out first into the free air because it changes your race instead of fighting from behind. So for me it was perfect, that was my goal. Even if it wasn’t easy, I thought there was no way that anybody else was going to be on the right of me on the exit of Turn 1. It was the perfect start. He could then follow me for the first three laps and after the safety car, and then I pulled away as Santi started to fight a little bit with him, then it was good for me. The only thing was Santi was chasing me so hard at the end, I was trying to push as hard as I could. Everyone knows when you are in front it is a little bit easier. It was a little bit harder for Santi to overtake and then still have the speed. But when we are in the pack fighting it’s very hard, as it is for everybody else. I think for us, me and Santi, we did a really good weekend, and we are really happy with that.”