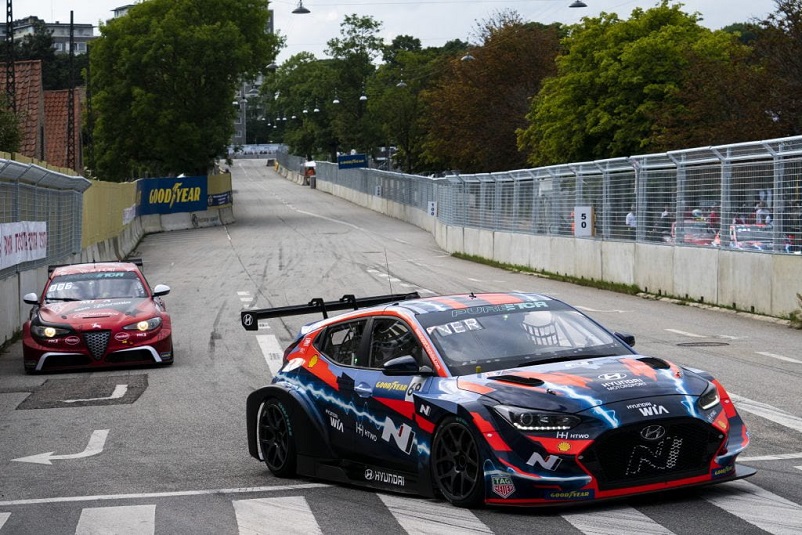 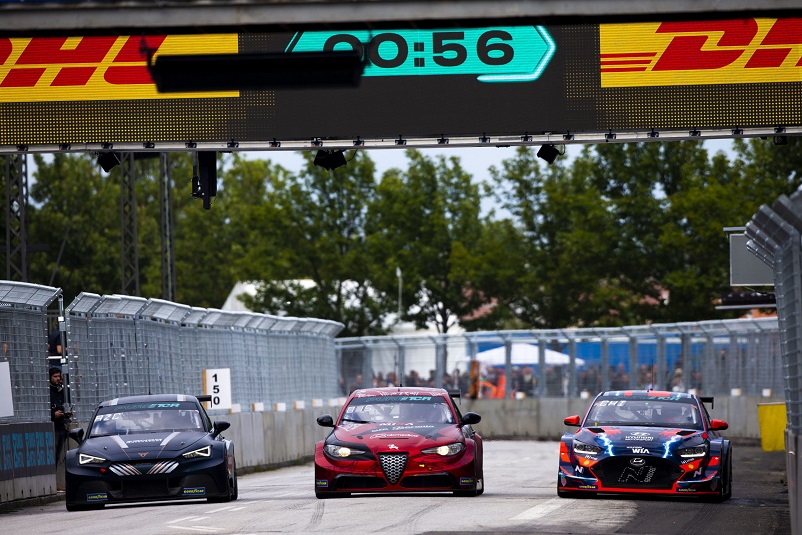 Hyundai Motorsport N duo Jean-Karl Vernay and Augusto Farfus were the star performers on the opening day of competitive PURE ETCR action at Race DK on the streets of Copenhagen.

A huge crowd of 15,000 enthusiastic Danish fans flocked to the temporary Bellahøj Park circuit and were treated to some enthralling on-track action as the world’s first all-electric touring car series staged its inaugural street-track event.

After braving bad weather earlier in the day, they were not to be disappointed as they witnessed Vernay and Farfus go unbeaten through the opening two rounds of competition to reach the halfway point of Race DK on top of Pools A and B respectively.

Vernay benefitted from a red flag and restart at the beginning of his Round 1 Battle, sprinting off the line and into a lead he would not lose ahead of CUPRA X Zengo Motorsport’s Mattias Ekström and Romeo Ferraris-M1RA’s Luca Filippi.

He then beat Filippi’s team-mate Oli Webb – who had won the day’s opening Round 1 battle – in Round 2 to assert his dominance and reduce Ekstrom’s series lead from 22 points to 17.

Farfus repeated Vernay’s maximum score in Pool B, beating impressive rookie Philipp Eng in Round 2 as the pair put on a dynamic display; rubbing bodywork on several occasions as they threaded their way through the concrete-lined circuit.

Ekström, who won last time out in Spain, never recovered from a less-than-perfect getaway in Round 1, but made things right by beating team-mate Dániel Nagy in Round 2.

Earlier on Eng had caused a sensation by winning his debut PURE ETCR Battle; reaching the flag ahead of Hyundai’s Tom Chilton and CUPRA’s Vallelunga winner Mikel Azcona.

Luca Filippi beat his namesake John to score the remaining Pool A win in Round 2; the Italian having caused a red flag when he clipped and damaged the Starting Gate at the Round 1 getaway and tore off a piece of rear bodywork.

Azcona and Jordi Gené completed the list of winners on the day in Pool B Round 2 to ensure that all three competing manufacturers have a driver featuring in the top three of each pool at the halfway point of the action.

Jean-Karl Vernay, Hyundai Motorsport N, said: “It’s a perfect start to the weekend. It’s only five points gained on Mattias, but if I want to be King of the Weekend, I have to make sure I win all of my battles. We’re halfway through, but the big points are tomorrow, so it’s the most important day. The weather didn’t really affect the track once it was dry, but it was important to stay flexible and reactive if things did change. Now we focus on tomorrow.”

Mattias Ekström, CUPRA X Zengo Motorsport, said: “We had a good day yesterday and today a very good a battle against Jean-Karl. I made a bad start in Round 1, but of course you can’t win every race, so when something like that happens you have to make sure you can fight for every point. The trick is to be as consistent as you can. The gap in laptime is very small between a lot of drivers, so that’s going to make the Time Trial tomorrow morning very challenging. It’s been nice to see so many fans and even some from Sweden. I want to make sure they go home talking about PURE ETCR.”

Philipp Eng, Romeo Ferraris-M1RA, said: “I’ve really been enjoying my time in PURE ETCR. The car is a handful, but every corner is a joy. To win my first Battle too was great. It was intense, but I could defend and protect. The key was the start. I got a good start from the middle in Round 1 and then we made a team decision to choose the inside for Round 2 which, with hindsight, was not right. I really wanted to beat Augusto [Farfus] in Round 2 and we did touch a little bit, but it was a nice race. A really positive day.”