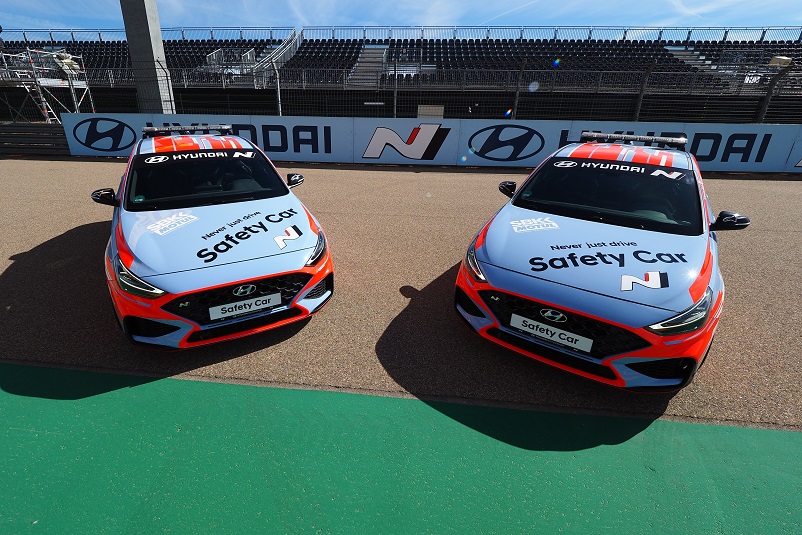 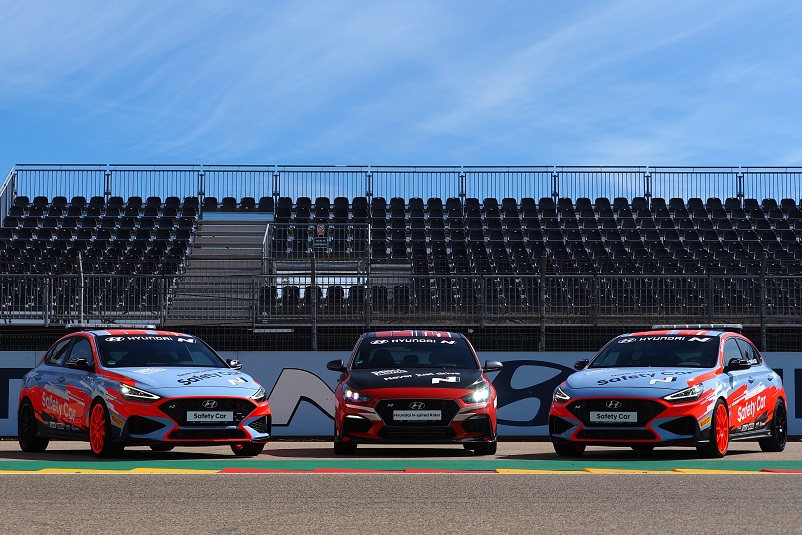 Hyundai i30 Fastback N to be the Official Safety Car of the 2021 MOTUL FIM Superbike World Championship season, while the Hyundai N-spired Rider Award returns for another season

Hyundai unveiled the new Official Safety Car of the MOTUL FIM Superbike World Championship at the Pirelli Aragon Round. The new 2021 safety cars are based on the stunning design of the new i30 Fastback N face lift that has been revealed by the South Korean manufacturer earlier in 2021.

The new i30 Fastback N Safety Car will make its debut at MotorLand Aragon for the first Round of the 2021 season. Hyundai has been the Official Car and Official Safety Car supplier of WorldSBK since 2019 and is a key partner of the Championship providing Race Direction and medical personnel transportation to assure everyone’s safety on track.

After a successful 2020 edition, the Hyundai N-spired Rider Award will be back in action for the 2021 season, as Hyundai also revealed the 2021 “Hyundai N-spired rider” trophy in Aragon. At the end of the season, the rider with most overtakes throughout the season will be rewarded with a limited edition of the i30 N Project C car.

Throughout the season, riders are awarded points for each position they gain from their grid position. If a rider starts tenth and finishes fifth, they are awarded five points. They will only be earning points in WorldSBK Race 1 and 2 classification – not the Tissot Superpole Race – and it’s based on starting position rather than exclusively Tissot Superpole.

“It is our pleasure to provide our high-performance vehicle i30 Fastback N to the rider who delivered the biggest thrill and show to our motorsport fans.

As Hyundai’s first ‘fun to drive’ model the i30 N participated in various motorsport events, such as completing the Nurburgring 24hrs races for 5 consecutive years, and in WTCR where it obtained the champion title in 2018 and 2019. This is why the Hyundai i30 N makes the perfect car as the official safety car for WorldSBK.

We are certain that Hyundai will continue to bring enthusiasm to fans through the Hyundai N-spired rider trophy again this year.”

“We are thrilled to discover the new i30 Fastback N Official Safety Car as well as the Hyundai N-spired rider trophy in Aragon. Hyundai is a valuable partner of the Championship, bringing a new dynamic to the competition with the Hyundai N-spired Rider award. We look forward to seeing the new Safety Car debut at MotorLand Aragon and see competitors on the MOTUL FIM Superbike World Championship grid battle it out for the award.”