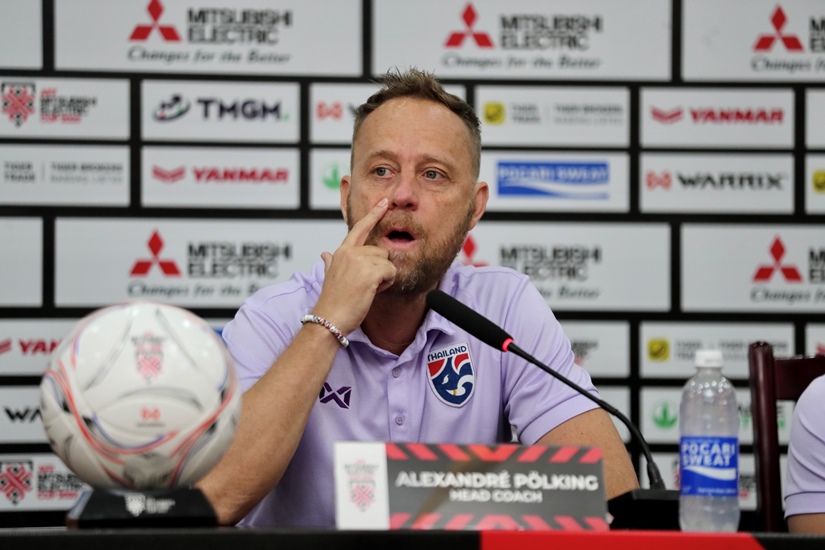 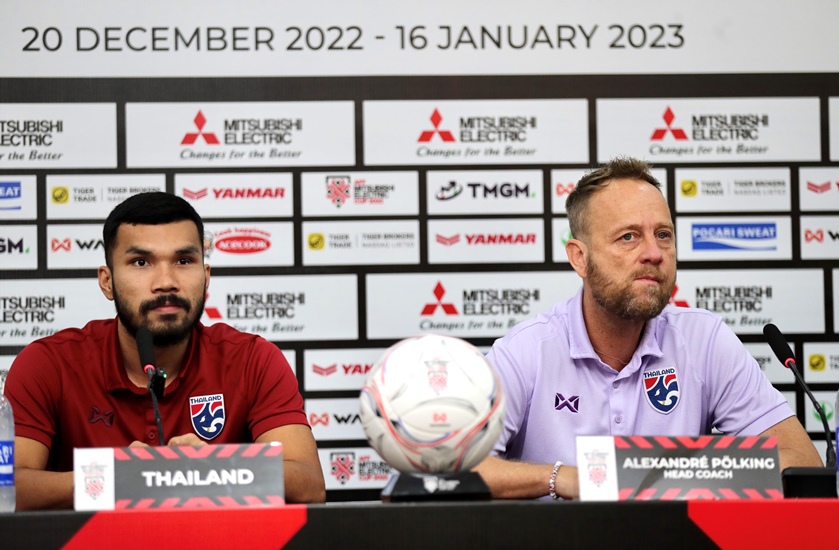 Thailand head coach Alexandre Polking will be looking to use his knowledge of Vietnamese players to his advantage when the two teams clash in Final 1 of the AFF Mitsubishi Electric Cup 2022 later this evening at the My Dinh Stadium.

After spending several years in Thailand since 2013 when he first served as an assistant to Winfried Schäfer, the 46-year-old signed with Ho Chi Minh City FC in the V. League 1 for the 2020-2021 season.

“Knowing the culture and playing style while working for HCMC FC will help me. I used to say that I like the way Vietnamese players play and the personality of Vietnamese players,” said Polking, who is more affectionately known as Mano.

“But I think the most important thing is that I understand Thailand. I will focus on my players to get a good result for the match.

“This is an important match against Thailand. Just like the semi-finals against Malaysia, meeting Vietnam in the final is very difficult. The match is important for us to bring home the championship.”

Following a strong performance in the group stage where the defending champions won the group with relative ease, their win over Malaysia in the semifinals was outstanding.

They came back from a goal down in the first leg in Kuala Lumpur to comprehensively beat Malaysia in the return tie in Bangkok to book their tenth final appearance in the biennial meet.

“Compared to a year ago, our team lacked a few key faces. We still have the quality squad to achieve the same result as the previous tournament and that is to win the title again,” added Polking.

“Vietnam have good physical strength, good ball control and will play in front of their home fans. Moreover, they have one more extra day off than Thailand and I think that is to their advantage.

“Our players know the rules. They know that they need to avoid getting cautions. But if we are unlucky and we need to bring in other players (due to suspensions), I believe that Thailand have the quality to maintain a good squad.”