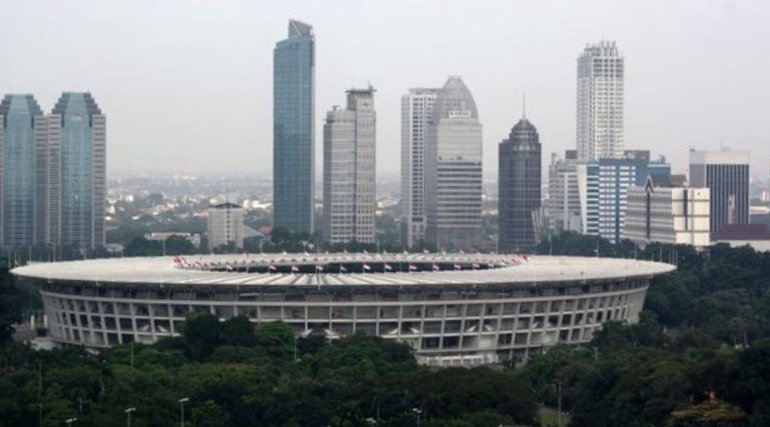 The Olympic Council of Asia (OCA) executive board on Friday approved Indonesia as hosts for the 2018 Asian Games which faces a growing battle to find venues because of the cost.

The continent’s sports leaders had to find a quick replacement after Vietnam said in April that it could no longer afford to stage the next Asian Games.

“Today it has been approved by the EB (executive board) that in 2018 will be the next Asian Games in Jakarta in Indonesia,” said council president Sheikh Ahmad Al-Fahad Al-Sabah.

The body’s general assembly should rubber stamp the decision on Saturday. But Sheikh Amad stressed that an earlier special assembly had given him “the authority to decide and find the replacement to Vietnam.”

Ade Lukman, an Indonesian Olympic Committee official, said the country was delighted. “Being selected to host the Asian Games is an honour for the Indonesian people,” he told AFP.

The OCA executive met in Incheon ahead of the opening of the 17th Asian Games later on Friday.

The world’s biggest multi-sport event after the Olympics will this year feature 13,000 athletes, coaches and officials from 45 nations across 36 sports.

Vietnam had originally been picked to host the 18th Games in 2019, but withdrew blaming fallout from an economic crisis. Indonesia immediately became favourites to take on the showpiece event with no other serious candidate.

But Jakarta told the OCA that if they were to host the Asiad, it would have to be a year earlier, in 2018, because presidential elections are scheduled for 2019.

In its original bid for the event, Indonesia put forward the country’s second-biggest city, Surabaya, as the host.

However officials have now decided to make the capital Jakarta the main host city, with events also planned for other cities, including Palembang and Bandung.

Indonesia last staged the Asian Games in 1962 in Jakarta.

“These cities already have international-standard stadiums and facilities…. they are well-equipped,” said Lukman, adding there were also plans for new facilities.

Indonesia staged the 2011 Southeast Asian Games but ran into problems, with some venues not ready on time and the death of two people in a stampede at the football final.

But Lukman insisted: “We are better prepared and we are confident we won’t have the same problems we saw during the Southeast Asian Games.”

Indonesian boxing star Chris John, who retired last year after being dethroned as the world featherweight champion, said it was “great news” Indonesia would host the event.

“I think it will help raise Indonesia’s profile around the world, and I’m sure it will give our home team more confidence when they compete,” he told AFP.

Sheikh Ahmad said no decision has been taken on whether the 19th Games would revert to it’s original slot of 2023 or come a year earlier in 2022 following the Indonesia switch.

He also refused to be drawn on the exact number of sports in Indonesia, but said the OCA would not revert to the 42 disciplines disputed in Guangzhou, China four years ago.

Surabaya was in November 2012 pipped by Hanoi to be the host of the next Asian Games after Dubai pulled out just before the vote.

The victory sparked celebrations among Vietnamese officials, who said the decision would unlock millions of dollars in infrastructure investment.

But with its economy in crisis, a decaying sports infrastructure and an uninspiring athletics record, public sentiment never swung behind the official campaign.

Officials said hosting the Asian Games could cost Vietnam some $150 million and would require the construction of new sporting stadiums and an athletes’ village.

Experts have said the real cost of the two week games would have been far higher. – Agence France-Presse