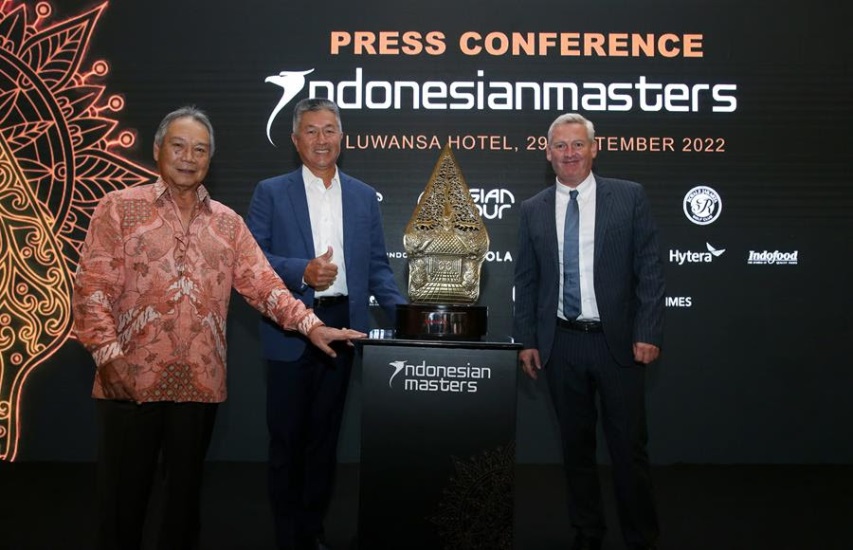 The Indonesian Masters is set to become the nation’s most lucrative sporting event when it makes its highly anticipated return this year boasting an overall purse of US$1.5 million and is played at its traditional home Royale Jakarta Golf Club from December 1-4.

In addition, the popular tournament – which has not been held for two years because of the global pandemic – will become part of the Asian Tour’s ground-breaking new International Series.

It will also celebrate its 10th staging and as one of the year-end events, it will help bring the curtain down on the 2022 season.

“Becoming part of the International Series will see the Indonesian Masters join a million-dollar-plus series of elite-level events with superior playing fields, the likes of which have not been seen before in Asia, and we are absolutely thrilled that the Indonesian Masters will be the country’s representative event in this exciting initiative.”

First played in 2011, when England’s Lee Westwood won the first of his three Indonesian Masters titles, the event was last played in 2019 – the year that Jazz Janewattananond from Thailand lifted the trophy to help him secure the Asian Tour Order of Merit title.

“The Indonesian Masters has long been one of our premier events which have contributed to so many great moments in our history,” said Cho Minn Thant, Commissioner and CEO, Asian Tour.

The International Series was launched earlier this year thanks to a new landmark partnership between the Asian Tour and LIV Golf to invigorate the game in Asia and the Middle East.

“LIV Golf remains committed to strengthening the golf ecosystem and growing the game globally,” said LIV Golf CEO and Commissioner Greg Norman. “The Indonesian Masters is another showcase addition to The International Series which is creating player pathways for tremendous talent all around the world. LIV Golf is proud to support another marquee tournament for our great sport.”

The Series has so far visited Thailand, England, Singapore, and Korea, and is due to make the trip to Morocco and Egypt in November.