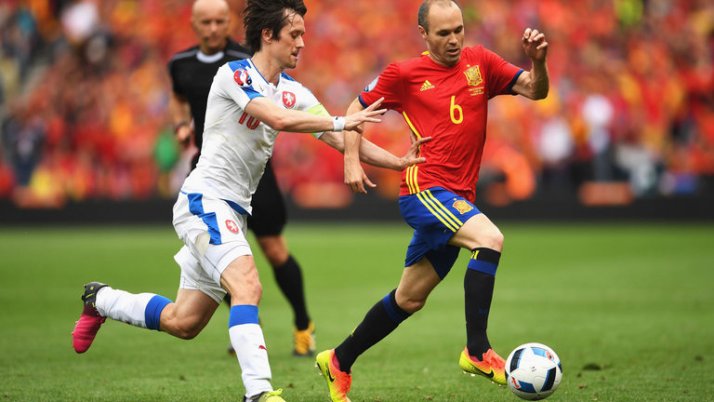 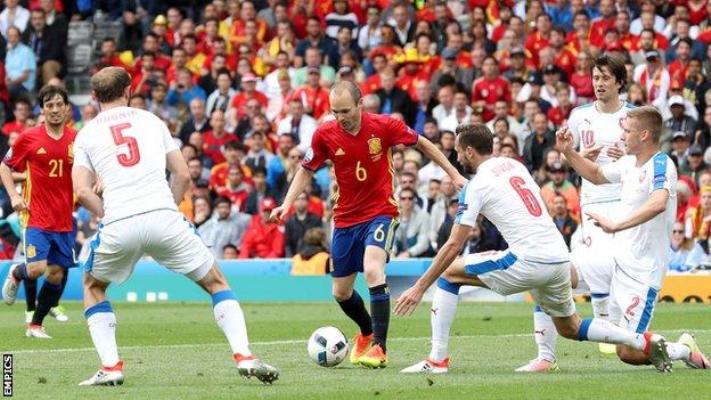 He symbolised the end of an era after a disastrous first-round exit from the 2014 World Cup, but Andres Iniesta’s critics were eating their words as the champions flexed their Euro 2016 muscles on Monday.

Yet, by the end of a completely one-sided performance that allayed any existing fears over the wily Spaniard’s new-look side, it was the magic of Iniesta that made the difference.

With the Czechs hanging on desperately amid a second-half onslaught that saw Arsenal ‘keeper Petr Cech thwart chance after chance, Iniesta curled in a perfect cross for Gerard Pique to head past the helpless Cech into the far corner of the net.

Having been frustrated for so long, the relief from the Spaniards was palpable when the final whistle went.

But when the emotions cooled, the full impact of Iniesta’s leadership came to the fore in the light of the recent international retirements of Xavi Hernandez and Xabi Alonso.

“He is fundamental for us,” said Iniesta’s Barcelona teammate Sergio Busquets. “His ability to destabilise the opposition is unbelievable. And as the years go by, he just gets better.”

Although he replaced Morata for the last 20 minutes, during which he sent a speculative overhead kick wide of the target, it was Iniesta that caught his eye: “He’s marvellous.”

Aduriz added: “The important thing is we won and took the points. That’s crucial for any first game.”

After the shock of 2014, Spain’s fans had every right to breathe a collective sigh of relief. And Iniesta would be forgiven for thinking back to how things have changed in two years.

Spanish sports daily Marca did not hold back in its appraisal of the ill-fated campaign, their front page showing a dejected Iniesta from behind with the simplest of headlines: “The End”.

Two years later, Del Bosque has countered the retirements of Xabi Alonso and Xavi Hernandez by drafting in new faces.

But Iniesta still pulls the strings, and while he has welcomed Del Bosque’s new players, the softly-spoken magician, notably in the absence of Xavi, is happy to shoulder the extra responsibility.

“It is the first important tournament without him (Xavi), but there are new teammates,” he said.

“We’ve always had this style, and we have to maintain it as long as possible. When players that are so decisive aren’t with us, the rest need to take that responsibility.”

Spain will look to build on their win when they face Turkey, beaten 1-0 Croatia in their Group D opener on Sunday, on June 17.

For Iniesta, a first win on the board augurs well for their bid for a third consecutive crown.

“It is a happy day for us to start the competition like this,” he added.

“It’s very positive for us. The first game is always the most difficult in terms of tension, but we’re happy (to win).

“It was one move which gave us a very important victory and the feeling is it should help us to continue getting better.” – Agence France-Presse