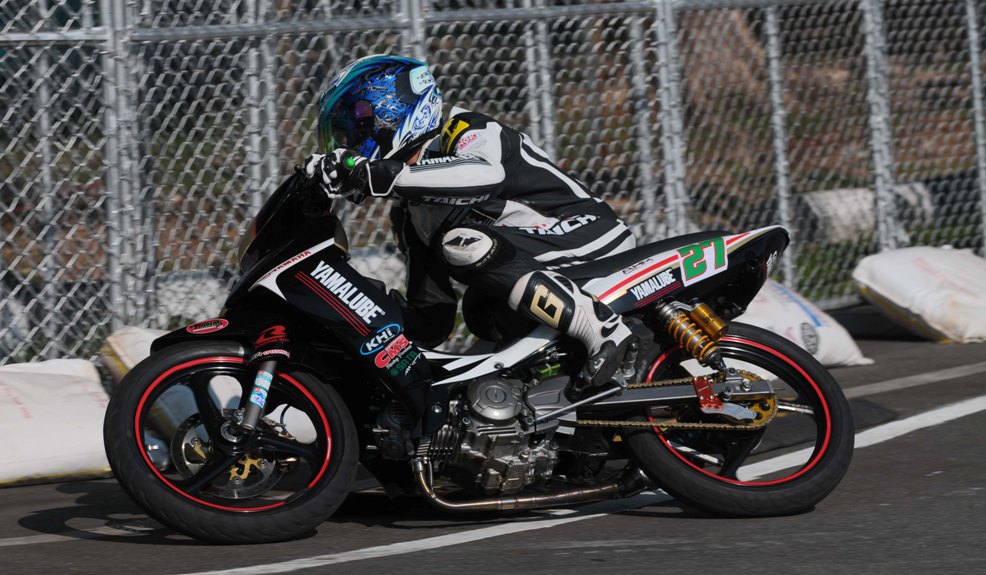 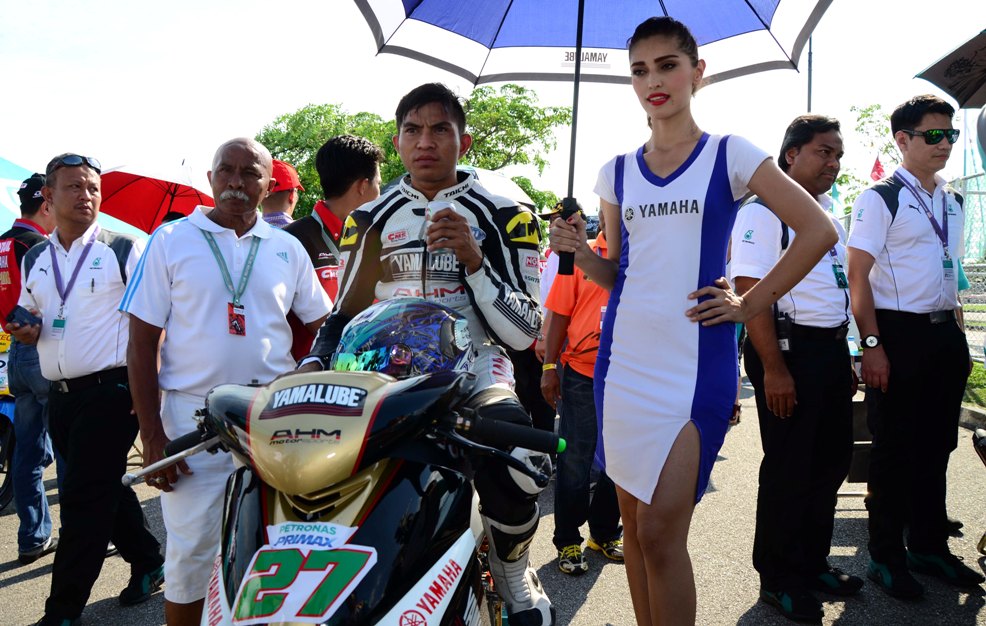 The Yamalube AHM rider wants to make up for a disastrous outing in Muar (Round 2) two weeks ago where he was forced to retire from the CP130 race after five laps due to engine failure.

Failing to pick up any points from the previous round, the Seremban born rider is now placed 12th overall in the CP130 rider standings with 10 points he earned from the opening leg in Batu Kawan while Ahmad Afif Amran leads with 33 points.

“We had an unfortunate run in Muar despite having showed a decent pace during the practice sessions. We targeted a top five finish but a broken engine hampered our efforts. It was disappointing but we have to move on and learn from our mistakes,” he said.

Iskandar also insisted Terengganu is the perfect venue to bridge the current point gap as the track is considerably wider compared to the other venues on the calendar. His confidence is further lifted having enjoyed sweet memories stepping up the podium here in 2012.

“Terengganu has always been one of my favorite tracks and I am certain we can make an impact here because the layout is wider, particularly in the first sector, giving riders a lot of room to overtake,” said the Seremban born rider.

“However that does not mean we expect an easy weekend. As we can see the CP130 category is extremely competitive and even the slightest mistake can send a rider tumbling down the order so we will keep pushing both on bike setup and rider development. For now our target is just to finish among top five.”