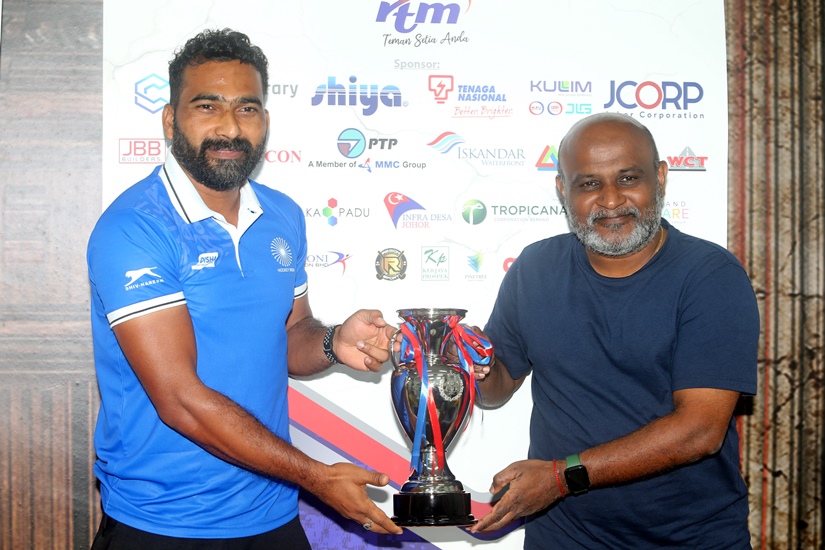 Amin Rahim, the head coach of the Malaysian Juniors squad, said that it is a big challenge for the team to compete at this week’s Sultan of Johor Cup 2022.

The Malaysians, winners of the inaugural edition of the invitational Under-21 tournament in 2011, will have a smashing weekend where they will take on India later tonight before taking on Australia tomorrow.

“It’s a big challenge for us in the SOJC as we are up against great teams. Almost 14 players will be playing in the first big tournament of their lives while four of them featured at the recent Asia Cup,” said Amin, who has 16-year-old Andy Walfian Jeffrynus as the youngest player in the team.

“The SOJC is an important part of our programme as we will host the Junior World Cup (JWC) next year. The experience here will be good for the players.”

For India, they will be out to make amends after disappointing results at the SOJC – going down 3-2 in 2018 and 2-1 in the 2019 finals respectively – against Great Britain.

Towards that, they have brought seven players from the 2021 Junior World Cup squad and four players who played in the 2019 SOJC tournament as they look to impress in their opening game against the hosts tomorrow.at the Taman Daya Hockey Stadium in Johor Baru.

Since the inaugural edition in 2011, five teams have emerged victorious with Great Britain as the most successful team having won the title three times.

India and Australia have won the tournament twice followed by Germany and Malaysia once.

The 10th edition of the SOJC kicks off today – 22 October 2022 – with Australia playing Japan (1600hrs) to be followed by the match between Great Britain and South Africa (1800hrs) before the Malaysia-India tie (2030hrs).