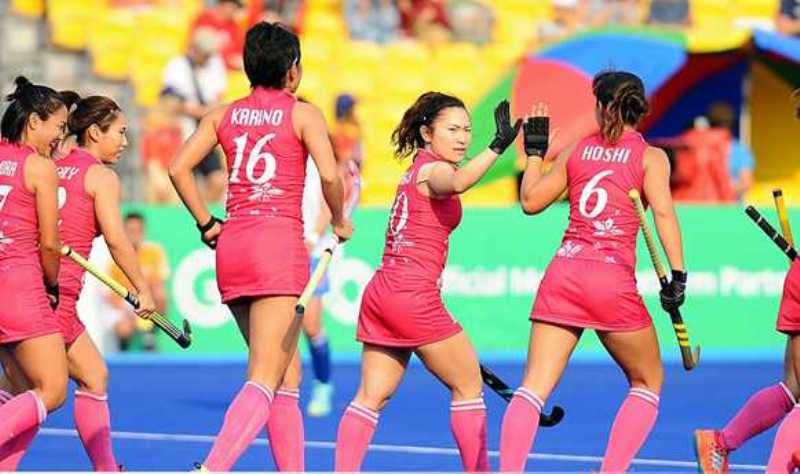 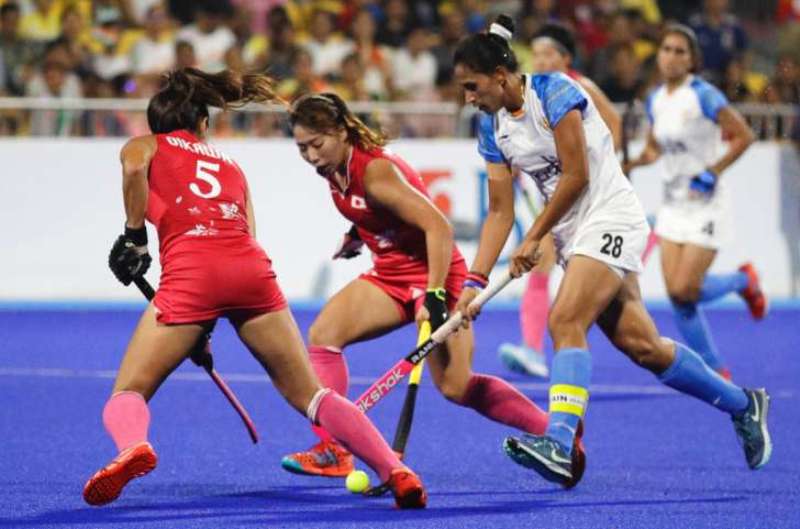 Japan have won their first ever gold medal in women’s hockey at the 18th Asian Games in Jakarta after out-playing India in the finals. Goals from Minami Shimizu and captain Kawamura Motomi were enough to secure a 2-1 victory over their high-ranked rivals. In the early bronze medal match, China beat Korea by a tight 2-1 scoreline.

The Asian Games is an Olympic qualifying event but, as host nation, Japan (FIH Hero World ranking:14) has an automatic place at the 2020 Tokyo Olympics. As a result, another Olympic Games Qualification Event match will take place at the end of 2019 as descibed in the Hockey Series Q&A here.
The win is a fantastic result for Japan who came to the tournament on the back of some strong performances at the Vitality Hockey Women’s World Cup London 2018, but who were also the lowest ranked team going into the semi-finals of the Asian Games.
In the pool stages, both Japan and India (WR:9) had won all their matches, although India’s goal-scoring tally was a more impressive 38 goals for and only one against. Japan, by contrast, had scored 24 goals and conceded three.
As was to be expected, this match between two confident teams was a tightly contested affair with innovative attacking play and some stoic defending. Japan had the better of the first quarter, piling pressure on the India defence. This was rewarded when Shimizu deflected a penalty corner strike to give her side the lead in the 11th minute.
India got back on equal terms after their own spell of pressure in the second quarter. As the first half counted down, the India attack upped the ante and Neha Goyal was able to take advantage of some space in the Japanese circle to fire home.
The winning goal came in the 43rd minute when Motomi was able to fire home a penalty corner. Although India continuously searched for an equaliser to keep their gold medal hopes alive, Anthony Farry’s team dug deep and defended the lead, taking the ball wide and working hard to maintain possession.
In the earlier bronze medal match, China (WR:11) took the lead against reigning champions Korea (WR:10) through Gu Bingfeng in the 20th minute. The penalty corner was Gu’s 13th goal of the competition and meant she was the tournament’s top scorer.
The Chinese lead was doubled in the 58th minute when Song Xiaoming was able to finish a neat team move, slotting the ball into the Korea goal. Kim Ok Ju scored a late consolation goal in the final minute of play, but China head coach Jamilon Mülders will be pleased to have finished this event on a winning performance.
Final placings:
1. Japan?
2. India
3. China
?4. Korea
5. Malaysia?
6. Thailand?
7. Chinese Taipei
8. Indonesia?
9. Hong Kong China
10. Kazakhstan