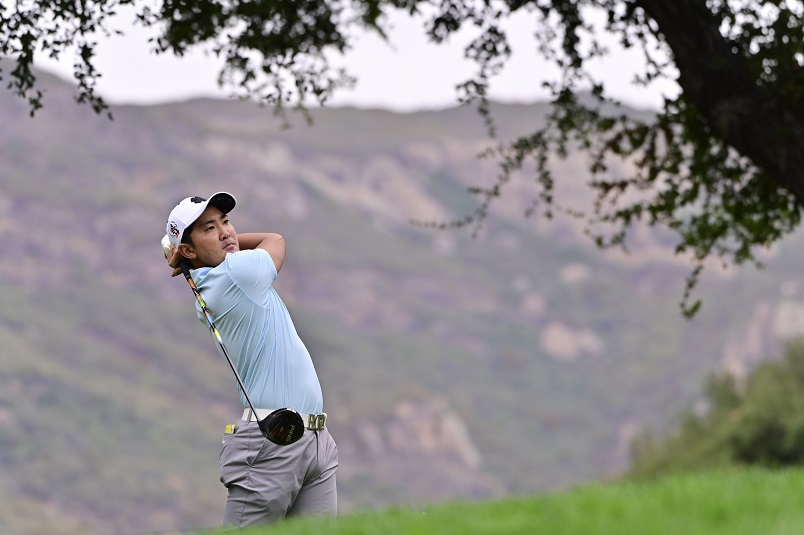 Rising Japanese star Takumi Kanaya has received countless advice in his fledgling professional golf career. But one piece of guidance stands out in particular, which has since become his life’s mantra.

As the 22-year-old prepares to take another crack on the PGA TOUR with an appearance at the Sony Open in Hawaii starting on Thursday, he will hold close to him the Japanese word “Gamushara,” which was passed on to him by his junior high school teacher.

“Gamushara is a word that my teacher taught me when I graduated from junior high school and it really touched my heart, and I’ve carried it with me ever since. It’s hard to come up with a literal translation, but in my mind, it really means just one thing: Go for it. It’s a word I often remind myself of when things may be going poorly, that as a young kid I made a firm commitment to always just go for it,” said Kanaya.

He intends to stick to his motto at the stunning Waialae Country Club in Honolulu this week when he comes up against a stellar field led by defending champion Cameron Smith of Australia. With his growing stature, Kanaya’s progress is followed closely by Japanese fans and media alike, many of which have likened his emergence to its nation’s current leading golfer, five-time PGA TOUR champion Hideki Matsuyama.

This week will mark his sixth career start on the PGA TOUR, which Kanaya hopes to make the most of.

“Wherever I go and regardless of the players, what stands out to me more than anything is the depth of the game and how the players all have their own individual strong points,” said Kanaya, who is in the field on a sponsor exemption.

“Just being among these guys has motivated me to improve even more so that I can compete on their level in the future. I’ve also come to realize just how preeminent the PGA TOUR stage is and what I need to do in order to make it there.”

As an amateur, Kanaya rose to world No. 1 and earned the prestigious Mark H. McCormack Medal in 2020. Amongst his other accolades include winning the Asia Pacific Amateur Championship in 2018, an event won twice previously by Matsuyama.

In 2019, his talent continued to shine through when he defeated the pros at the Mitsui Sumitomo Visa Taiheyo Masters on the Japan Golf Tour, and—after turning professional last October—he triumphed again on home soil at the Dunlop Phoenix Tournament, in what was his fourth start in the play-for-pay ranks.

He is quick to brush aside comparisons to Matsuyama, who is also a former two-time winner of the Asia Pacific Amateur Championship. However, Kanaya hopes to emulate the high level of consistency which Matsuyama has exhibited in his career and reflected by seven successive appearances in the FedExCup Playoffs finale, the TOUR Championship.

“It would be my honour to be able to compare with my senior Hideki Matsuyama, but I don’t think I’ve reached that level quite yet. I think the only thing we have in common is that we both went to the same university (Tohoku Fukushi University),” said Kanaya.

“I think Hideki’s sense of stability and keeping his score together and not breaking down even when things are going poorly is remarkable. I can’t do that and want to learn how to become a more stable player by gaining more experience through my own trial and error.”

His short-term goals are obvious, and he isn’t shy to share them.

“I want to qualify for the Tokyo Olympics (in July). Also, securing status on the European Tour and PGA TOUR is something I want to achieve right away. In the long term, I want to become a world-class player competing at the highest level, winning majors, and becoming world No. 1,” said Kanaya.

His quest to tick those boxes could well begin at the Sony Open in Hawaii.