Home 2020 Kismarty-Lechner: It’s never too late if you have a big dream 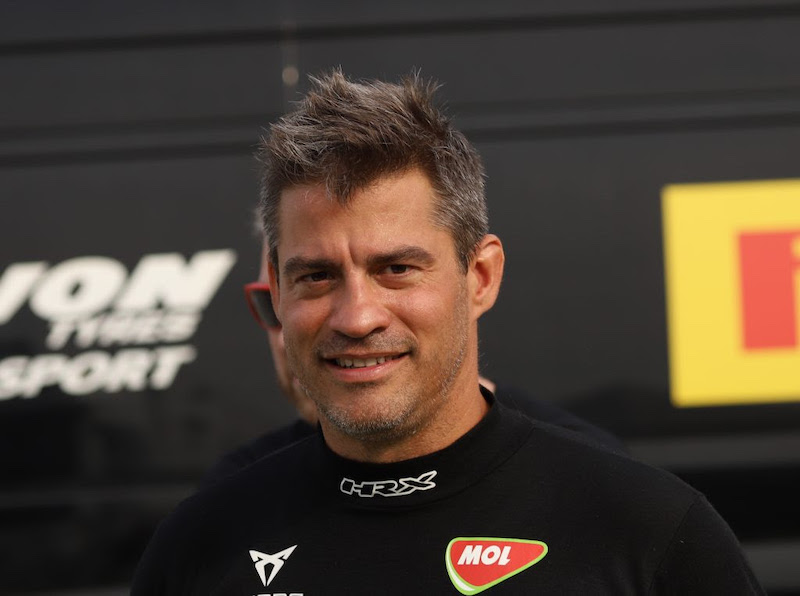 *With six national titles in Hungary under his belt, Kismarty-Lechner is ready to step up *He forms part of three-strong Zengő Motorsport line-up alongside Azcona and Boldizs *Kismarty-Lechner: “I am a driver who is able to improve and ready to learn”

Gábor Kismarty-Lechner is gearing for his debut in the WTCR − FIA World Touring Car Cup on the back of a successful career racing mainly in Hungary over a 20-year stretch. And he’ll do so with Zengő Motorsport, the team he’s been with from the start.

Can you believe that in a few weeks you’ll be making your WTCR debut?
“I am nearly 44 years old and I will make my debut in WTCR this year. I think that my example shows it’s never too late if you have a big dream. Thank you to Zengő Motorsport for this opportunity.”

How much experience do you have?
“I have raced every year for 20 years, mainly doing endurance races so I am more an endurance driver. But in the last couple of years I started to do the FIA CEZ Championship in the [CUPRA TCR] and I learned a lot in the last couple of years, how to handle this type of car. Finally, we decided to build up a Hungarian team with Zengő Motorsport in the WTCR and it will be something special.”

Where does your interest in motorsport come from?
“For me, it’s a passion. Also, I have a company that is working in the racing business as an exclusive dealer. I am spending my time next to the circuit let’s say. That’s my life, beside my family motorsport is always there, my second love.”

What kind of a driver are you?
“I am a driver who is able to improve and ready to learn. I still have to learn a lot to be competitive in the WTCR world. But I am ready to learn. I don’t have quite big expectations from the first year but I will do my best and support my young team-mates Mikel Azcona and Bence Boldizs.”

How can your experience in endurance racing help you?
“From the consistency side it helps but on the other hand every single tyre brand is working in a different way so first we need to understand how the Goodyear tyre is working and then we need to learn how to manage this part of the racing because this is a very important part, like it is in Formula One. This is the main key to be very fast during the whole race. The endurance knowledge can help to manage this part of racing but you need to be very fast on one lap as well because the qualifying is like this.”

You obviously know tracks like Hungaroring and Slovakia Ring very well but where do you stand on the Nürburgring Nordschleife?
“This will be something very difficult for me because it’s a very long track and very difficult. That’s why it’s called the Green Hell, I guess. It won’t be very easy but I will do my best.”

What will it like being on the same grid as Norbert Michelisz, the King of WTCR?
“I know him very well because we were racing together many years ago in the Suzuki Cup when he was the rising star in Hungary. But for Hungary this will be very special to have four Hungarians on the WTCR grid. Beside Norbi there will be Attila Tassi as well, also Bence Boldizs my team-mate so there will be many Hungarians. My team-mate is very young and knowing the fact that once Zengő Motorsport was able to build up a person like Norbert Michelisz, I think Bence Boldizs is in a good place. I am from another generation but I hope I can be part of Bence’s success and together we can be happy.”

You make your WTCR debut on the back of a stint in the Hungarian Rallycross Championship. That’s quite a contrast?
“It’s absolutely different! Basically, I won everything in Hungary what I could do in three different categories. I did the FIA Central European Zone as well where I became the champion and I wanted to try something new where I could learn again. Rallycross is a different world and it’s very difficult to understand the joker lap strategy and this kind of thing so I wanted to try this as well. This year I am leading the championship so it was a very difficult situation for me. On one hand with the WTCR I have a fantastic opportunity from Zengő Motorsport. On the other hand, I am giving up a leading position from the rallycross part because we can’t do together rallycross and WTCR. But maybe later on we will come back to rallycross.”

What do you do to keep in shape when you are not working or racing?
“I was doing sport my whole years. I was an ice hockey player when I was young. Then I played tennis and many, many different sports. I am playing tennis twice a week minimum and there is a Fit4Race programme in Hungary that one of my friends is doing. It’s a special practice for racing. I am doing this as well and it’s quite helpful. In the last couple of years, it is helping me a lot to be more focused during the races. Usually three or four times a week I am doing sports activities.”