Home 2021 Korean star Im keeps feet firmly on the ground ahead of THE... 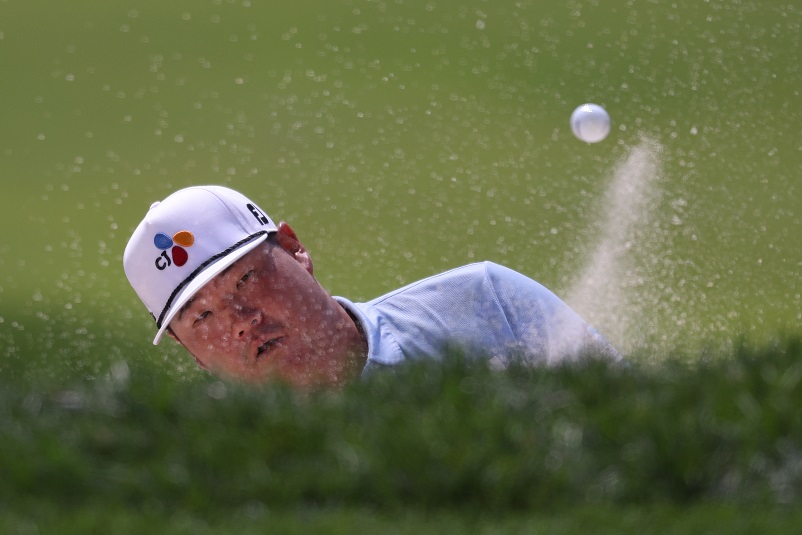 Korea’s Sungjae Im, the man-of-the-moment on the PGA TOUR, insists he has some ways to go before he scales the summit in the world of golf.

The 23-year-old Korean phenom tees up in THE CJ CUP @ SUMMIT in Las Vegas starting on Thursday on the back of a second career TOUR victory following a resounding four-shot victory at the Shriners Children’s Open, played also in Vegas last week.

The World No. 21 faces a stellar line-up of stars comprising of 24 players from the top-30 of last season’s FedExCup and 12 of the top-15 players in the world this week including the likes of World No. 2 Dustin Johnson, 2019 FedExCup champion Rory McIlroy, two-time CJ CUP winner Justin Thomas, Olympic Games gold medallist Xander Schauffele and Masters winner Hideki Matsuyama.

En route to a stylish victory on Sunday where he shot a stunning final round 62, TV commentator Trevor Immelman, who is also the International Team captain for the 2022 Presidents Cup, said during the broadcast that Im has all the tools in his game that can make him the World No. 1 in the near future.

“It’s a very overwhelming comment and I’m very thankful,” said Im on Wednesday. “I feel like I’m still a long way to go to be the top player in the world, but I have a goal in mind and I always try to continue to get better every day, so one day hopefully I can become that good player. That type of comment from Captain Immelman is very appreciative. And the Presidents Cup is coming up and I want to be on the team and hopefully contribute to the team.”

The smooth-swinging Im won his maiden title at The Honda Classic last year in in his 50th start on TOUR and the second victory was achieved in his 100th appearance. He is hoping the third one will come much sooner, especially with THE CJ CUP being a Korean-based tournament which is being held in the U.S. for two successive years due to the COVID-19 pandemic. CJ is also one of his main sponsors.

“It’s meaningful in many ways, especially that it is my main sponsor and also that CJ started sponsoring me from the beginning of my first year on TOUR, so I’m very grateful. And now that CJ’s sponsoring a very great tournament on the PGA TOUR, I do want to perform well,” said Im, whose best finish in the event is T39 in 2019 when it was last played on Jeju Island in Korea.

“This is my fourth start at THE CJ CUP and I will do my best to perform at my highest. Every single week is a battle. Everyone has a chance to win. The PGA TOUR in itself is a meeting ground for all the world-class golfers week in and week out, so I feel like it’s very, very difficult out here.”

Johnson, who starred in the U.S. Ryder Cup win over Europe last month where he became the first American since 1979 to win all five matches, will make his CJ CUP debut at the Summit with every intention of securing a first victory since the Masters Tournament last November. He is winless in 2021 and hopes to return to the winner’s circle this week to secure a start in the winners-only Sentry Tournament of Champions in Maui next January.

“It’s my first time playing CJ CUP. They’re doing a great job with the tournament, they’re great hosts. And then obviously playing out here at Summit, I’ve played here a few times and it’s a great course, it’s in good condition, so it should be a great week,” said the 36-year-old former World No. 1 and FedExCup winner.

“Obviously got off to a good start last fall but, you know, didn’t play quite as well as I would have liked to during the year, but felt like I started to play a little bit better towards the end of the season. Had a really nice Ryder Cup and hopefully can just build off of that a little bit. The game’s starting to turn around.

“I feel like for the most part, my iron play wasn’t quite as strong as I would have liked it to be, so definitely work on that a lot this off-season. If I can get my game back to the form it was kind of towards the end of last year, I definitely feel like it’s possible.”

Like Johnson, McIlroy, also a former World No. 1, will make his 2021-22 PGA TOUR Season debut at THE CJ CUP. He thinks he isn’t far away himself from reproducing the kind of form that made him the 2019 FedExCup champion following a three-win season.

“I think when I play my best, I’m the best player in the world. Haven’t played like that for a while, though, but I don’t feel like I need to go that far back to whenever the pandemic hit, whatever it was, 18 months ago, I was the No. 1 player in the world,” said the 19-time PGA TOUR winner.

“I don’t have to look that far back to see my name at the top of the rankings. Obviously, the last 18 months haven’t been what I’ve wanted them to be, but if you keep it in perspective, I’m not that far away. And there’s a ton of great players now that play obviously really, really good golf. I feel like the talent pool is just getting deeper and deeper every year, so you have to strive to keep trying to get better to stay where you want to stay.”