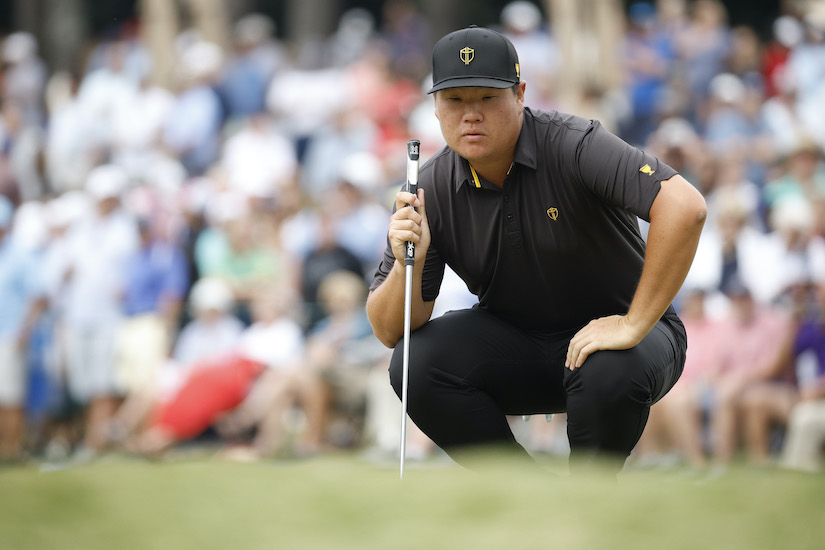 After nearly breaking the internet with his Gangnam Style moves in the Presidents Cup after party, Korean star Sungjae Im is now ready to dance his way to a successful title defence at the Shriners Children’s Open starting on Thursday.

Im claimed an emphatic four-stroke victory at TPC Summerlin in Las Vegas 12 months ago following a rousing final round of 9-under 62 where his second PGA TOUR win propelled him to a career best finish in the FedExCup where he came in tied second behind Rory McIlroy.

The 24-year-old Im will reunite with his six of his Presidents Cup International teammates in Las Vegas, including compatriots Si Woo Kim and Tom Kim, while World No. 4 Patrick Cantlay and Max Homa, who were part of the victorious U.S. Team, will also be amongst the favourites this week.

“I’m extremely happy to return to TPC Summerlin as defending champion. I always feel great when I come back here, and I hope to continue this good momentum,” said Im, the World No. 19.

The Korean star, who is nicknamed Ironman for his penchant towards tournament play, contributed 2.5 points in the International Team’s 17.5 – 12.5 loss to the U.S. Team at Quail Hollow two weeks ago. Later, Im stole the show with his Gangnam dance moves, and also received numerous messages on social media including from Justin Thomas, who wrote “You’re a Legend. Great playing.”

Im cherished his second Presidents Cup appearance – he won 3.5 points in his debut in 2019 – and believes competing in the pressure-packed environment for the team has made him a better golfer.

“Playing in a team event is definitely different than individual competition. There was a lot of anxiety and nervousness but from that experience, I think I can have success out here on TOUR when it comes to clutch moments. I want to continue that good momentum that I had in Charlotte,” said Im.

He remembers vividly his final day charge last year at TPC Summerlin, where he won with a 24-under total. “What I remember the most is getting on that birdie roll that I got on, five straight on No. 9, I believe, and just coming to the end of the stretch, I looked at the scoreboard and I was leading by quite a few shots. I was pretty nervous, but at the same time pretty happy,” said Im, who holds the record for most Total Birdies in a Season with 498 in 2021.

He added the recent success of 20-year-old Tom Kim, who won his first PGA TOUR title in August and was amongst the stars at the Presidents Cup, bodes well for Asian golf. There were also a record of four Korean players on the International Team last month, including K.H. Lee.

“Tom has definitely great potential to become a big star. I’m glad he’s doing well. I’m happy as a competitor, as a friend. Him doing well motivates me to do well, and likewise the other way. I think we’re going to have some good competition and good friendship,” said Im.

“I love to see the Asian golf success out here on TOUR, including myself, and I’m glad Tom is doing well. But it really proves that we can compete out here with the world. It’s really good to see Asian golf rising.”