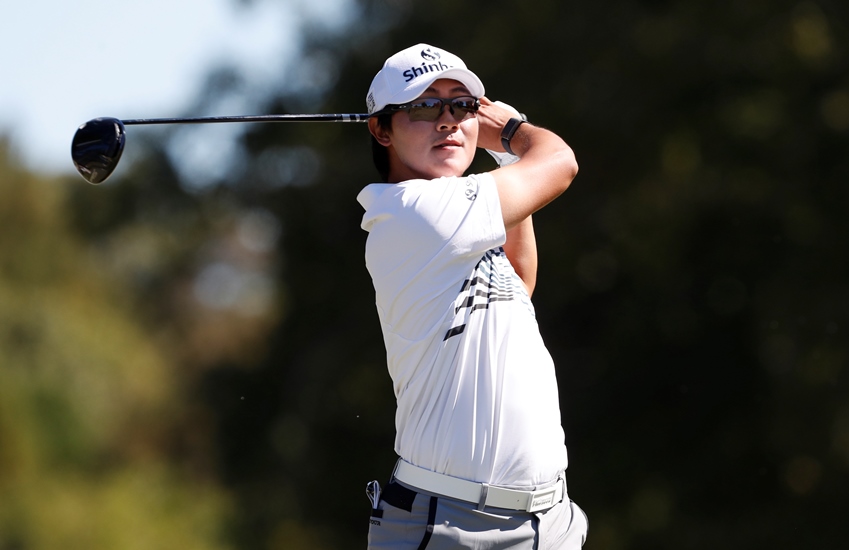 Korean rookie S.H. Kim fought back valiantly with a third-round 6-under 66 on Saturday to put himself on the fringe of contention at the Sanderson Farms Championship.

The 24-year-old Kim, making only his fourth PGA TOUR start, will enter the final round at the Country Club of Jackson in tied-eighth position and five shots adrift of Mark Hubbard, who fired a flawless 65 to lead by one from Canadian Mackenzie Hughes. Hubbard stands at 15-under 201, one stroke ahead of Mackenzie Hughes.

Fellow Asian rookie, Kevin Yu of Chinese Taipei bounced back from an early double bogey to produce 68 to climb to T15 on 208 while Marty Zecheng Dou of China also impressed with a 68 for T25.

Chinese Taipei’s C.T. Pan, who holds one PGA TOUR win, carded a second successive 71 for a share of 50th place with one round remaining.

Kim’s superb iron play made the difference as he hit 16 greens in regulation to mix eight birdies, all from within 10 feet, against two bogeys to reach 10-under for the tournament and improved his position by 23 rungs.

The Korn Ferry Tour graduate made a roaring start when he birdied four of his opening five holes to turn in 32. Kim picked up further shots on Hole Nos. 11, 12, 14, 15 to move to 12-under and was tied for second at one stage but his blemish-free run came to an end when he three-putted for bogey on the par-4 16th  hole after failing to save par from five feet.

He dropped another stroke on the 18th, also a par-4, after needing four shots to reach the green.

Despite the unpleasant finish, Kim believes a breakthrough victory is still within his reach. “Weather was really good today and I made the most of it. I certainly hit my shots a lot better compared to the first two rounds, which helped to manage my game well,” said Kim, who hails from Changwon.

“I was a little bit disappointed with the two bogeys dropped in the last three holes. But overall, I thought I played it really solid today. I still have one more day to play, so it is not over yet. All I have to do is to just keep focusing on my own game, go as low as I can, and see where it takes me.”