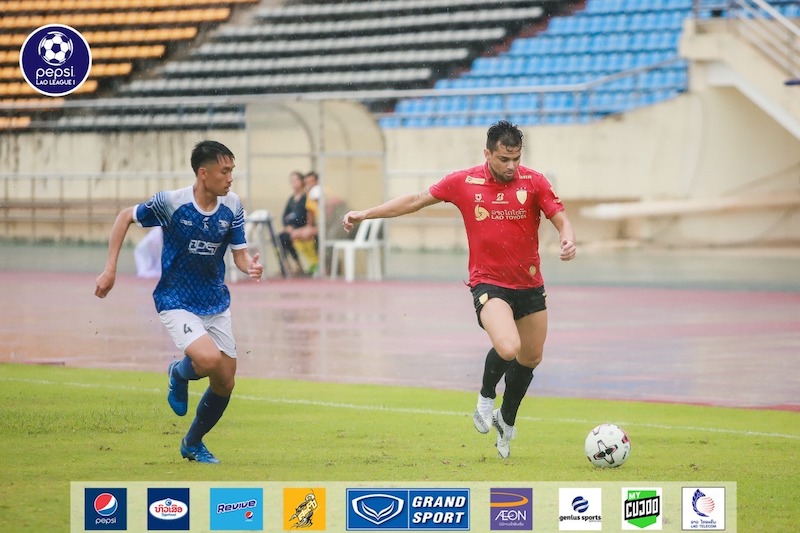 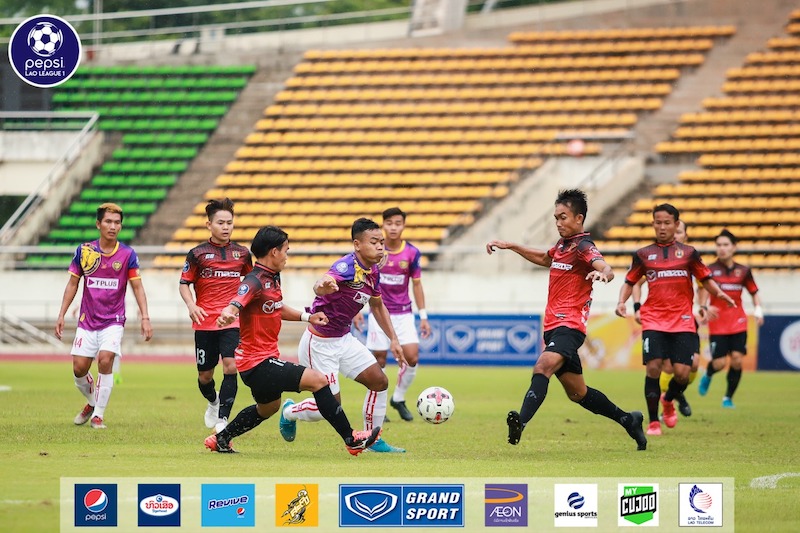 Laos Toyota opened up a three-point lead at the top of 2020 Pepsi Lao League 1 following their commanding 5-1 win over Viengchanh FC this week.

Carreirinha Laercio opened account with the first goal of the game after nine minutes as Somsavath Sophabmixay and then Phoudavy Phommasane scored a goal each in the 31st and 35th minute respectively.

Laercio then grabbed his second and Lao Toyota’s fourth goal of the game four minutes after the restart before Soukphachan Leuanthala pulled a goal back for Viengchanh two minutes later.

Lo Viphath then finished things off with the fifth goal for Lao Toyota deep in injury time.

The win gave Lao Toyota 13 points from five matches – three points ahead of second-placed Master 7 FC, who this week thrashed Vientiane FT by the same 5-1 scoreline.

Keoviengphet Liththideth nailed two quick goals in the 17th and 29th minute as Souleymane Coulibaly then added the third seven minutes after the restart.

A red card on Saison Khounsamnan in the 70th minute failed to suppress Master 7 when they forced Vientiane into conceding an own goal off Thanva Vongxay three minutes later.

Vanhna Phanlin finally broke the deadlock for Vientiane in the 89th minute as Kiengthavesak Xayxanapanya then rounded off a fine afternoon for Master 7 with the fifth goal of the game right at the end.

In the only game of the weekend, Young Elephants FC edged Police FC 3-1. 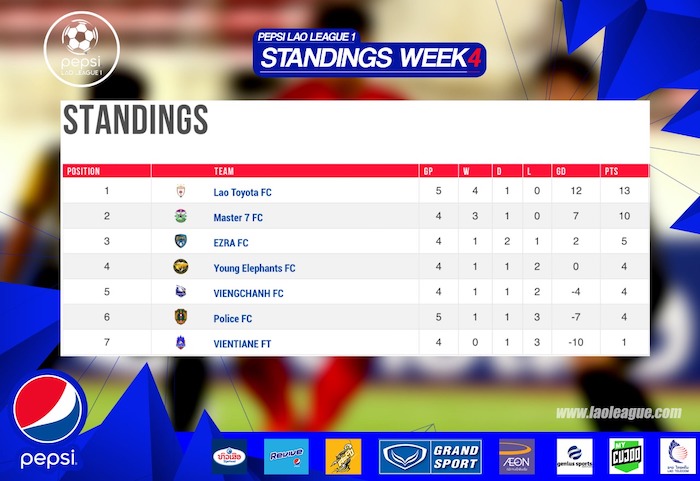