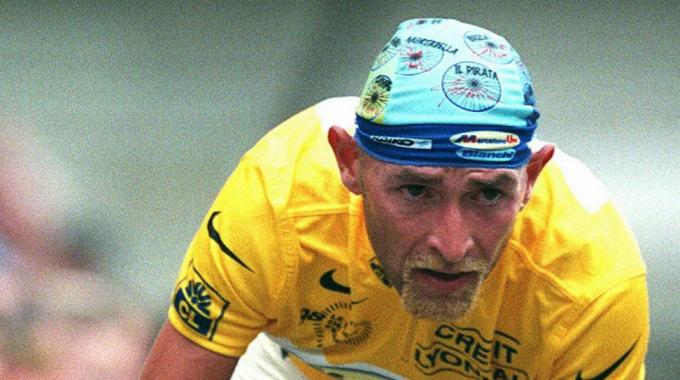 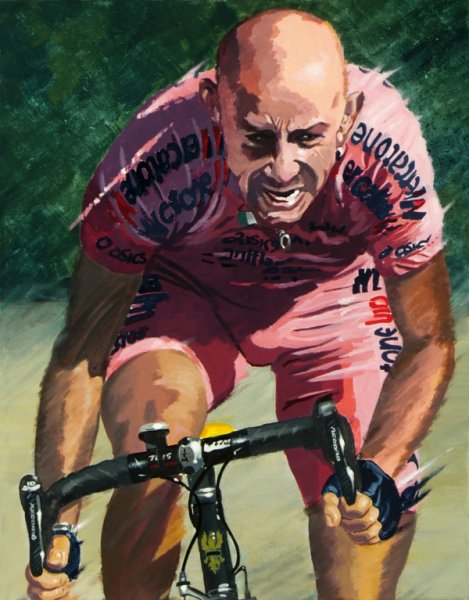 A decade after his death, theories continue to abound about the final days of Italian cycling legend Marco Pantani.

Author and investigative journalist Andrea Rossini’s recently-published book ‘Delitto Pantani’ (The Pantani Crime), claims to debunk claims prompted by the reopening of an investigation in his death that Pantani, who died from heart failure brought on from acute cocaine poisoning on February 14, 2004, was murdered.

The book appeared nine years after ‘The Death of Pantani’ by English author Matt Rendell, who also said his death was down to “massive cocaine consumption” which began immediately following his expulsion from the 1999 Giro d’Italia.

Below, AFP — who had access to full footage of the police crime scene filmed on the night of Pantani’s death on February 14, 2004 — looks at the arguments and counter-arguments:

Police procedure at scene of death

Footage shows only one of several police officials, a doctor, wearing gloves and it has been confirmed that no digital prints were taken at the scene.

While the doctor is in the upper floor of the mezzanine apartment of the Hotel Le Rose in Rimini, officers are conducting a search on the lower floor.

Rossini, who has investigated the case over a 10-year period, told AFP: “It was quite logical for the police to behave in the way they did, at the start they were searching for drugs.

“The cutting open of mattresses and so on… the Serious Crime Squad of this town is used to drugs-related crime. Rimini is comparable to Naples and Milan at certain times of the year.”

Rossini likened the search of Pantani’s room to a referee’s performance in a football match.

He said: “Of course there were minor errors made. Nonetheless, if the result is a fair one in the end, that is what counts.”

Asked why police did not search for fingerprint clues, Rossini suggested that finger-printing an entire hotel room would have returned potentially hundreds of samples and been problematic because “cocaine was on every flat surface”.

“The methods used by forensic police in 2004 were a lot different to what they are now.

“In 2004 it involved fine dusting the entire room with a kind of sticky film which is peeled off. That is a destructive process, and almost every flat surface of the room had traces of cocaine.”

A small bruise above the left eyebrow and other, more pronounced, bruising on and around the right eye, nose and mouth initially suggests Pantani may have been assaulted — a claim supported by De Rensis.

But Pantani’s autopsy shows a “massive loss of blood” and in a statement sent to the Rimini prosecutor, obtained by AFP, pathologist Franco Tagliaro disagreed: “Marco Pantani was neither assaulted nor hit before he died.”

Tagliaro’s opinion supports the original autopsy findings, of which AFP has obtained a copy.

It said Pantani died from a “terminal cardiovascular collapse, edema and congestion of the brain with small subarachnoid hemorrhage, massive pulmonary congestion.”

When Pantani’s rigid body is turned over by doctors the arms appear in a ‘boxer’s’ defence stance, prompting De Rensis to suggest Pantani may have died trying to protect himself.

De Rensis commissioned an independent laboratory to analyse the video footage, which suggested the position of Pantani’s body did “not correspond” with the traces of blood found around his head.

However, Rossini says there is a good reason for that.

The body was moved “because, before the video of the crime scene investigation begins, the emergency services had already used a defibrillator on Pantani.”

Beside Pantani’s head a white ball, later confirmed as a six-gramme ball of cocaine wrapped in bread, comes into focus.

It has been the subject of massive speculation in the Italian media. One of the first paramedics on the scene recently claimed he did not see it, leading to speculation it was placed there following his departure.

A lawyer for the investigating officers confirmed on Monday defamation suits may soon be launched against certain media.

The footage shows that above Pantani’s bed was a large green bottle containing water and traces of cocaine are also evident on the shelf.

It has been suggested that Pantani was forced to drink a large quantity of cocaine diluted in water.

However Rossini said: “When water is mixed with cocaine, it becomes very alkaline. Yet no burn marks in Pantani’s stomach  during the autopsy.”

Michael Mengozzi, an old hunting partner of Pantani, was enlisted by the cyclist’s father Paolo in 2003 to try and help his son and on several occasions he succeeded.

Mengozzi refused to comment when asked by AFP in Rimini on Monday, claiming: “I’ve always kept my silence over the affair.”

But Rendell told AFP: “It was Mengozzi who broke down the door of Marco’s apartment in Saturnina so that the doctor who was treating him, Giovanni Greco, could treat him for acute poisoning.

“In all, they saved him five times and each time the circumstances were the same. Room barricaded, temperature (of the room) turned up high, the furniture all over the place.” – Agence France-Presse