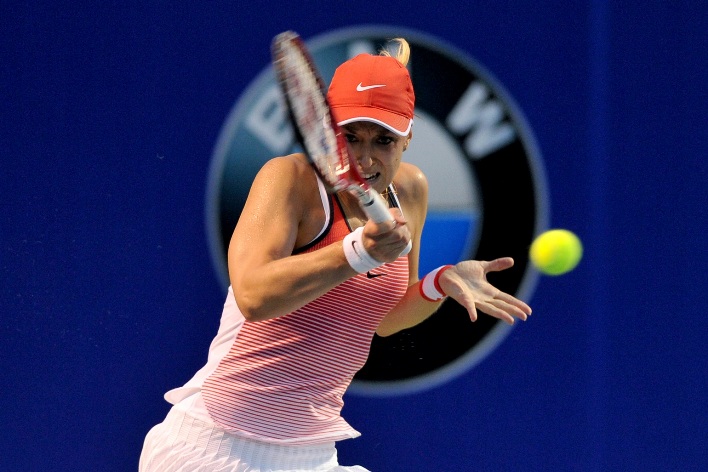 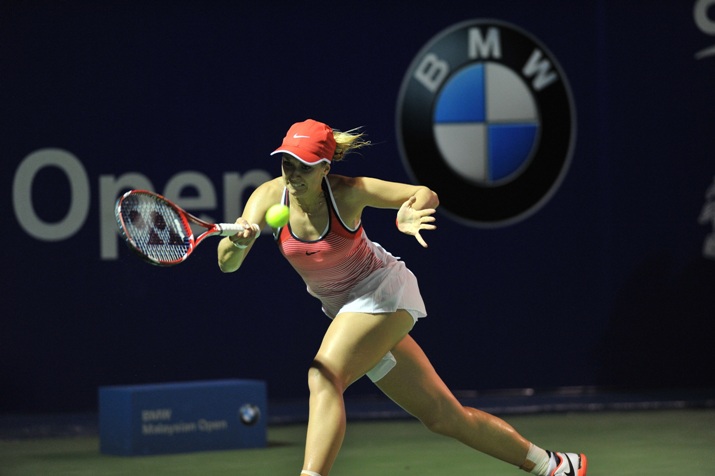 Third seed Sabine Lisicki reached her first tour quarter-finals since Birmingham in June, last year, after a hard-fought 7-5, 6-3 win over qualifier Barbora Krejcikova of the Czech Republic in the BMW Malaysian Open at the Kuala Lumpur Golf and Country Club tonight.

The German was affected by the weather and also had issues with her first serve but she picked up her game as the match progressed to win in 110 minutes.

The World No 31 landed only 43 per cent of his first serves in the first set but improved to 68 per cent in the second set in her maiden meeting against the World No 191.

“It was humid and I did not like the way I started the match. I was not serving well and the ball was travelling differently in the air. I had to adjust to these difficult conditions,” said Sabine after the match.

“I need to take things step-by-step and improve gradually…I believe at some point everything will come together in the tournament.

Sabine, who has recorded four tour titles with her last in Hong Kong in 2014, will play Great Britain’s Naomi Broady or qualifier Yang Zhaoxuan of China in the quarter-finals on Friday.

Taiwan’s Chang Kai Chen, who upset top seed Roberta Vinci of Italy in the first round on Tuesday, faces off with Turkey’s Cagla Buyukakcay on Court Two.