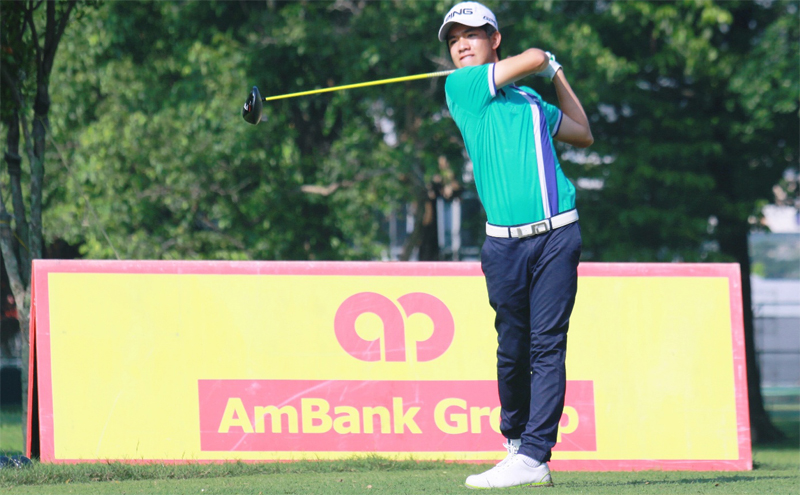 Khai Jei who has a PGM Tour Satellite tournament title under his belt which he won last year in Kinrara, is also the current KL Amateur Open champion. Lying in second place is Adam Tee from the Air Force Recreation Club (KRTU) with 74 shots and two strokes behind, is T. Kishaan from Kota Permai Golf Club.

In the Boys U-15 category, defending champion Bryan Teoh of MGA teed off his campaign with a 74, followed closely by another upcoming star, Galven Green from Perak and Kim Tae Woo of Kelab Golf Perkhidmatan Awam (KGPA), all on 74.

SEA Games individual and team champion Princess Mary Superal of Philippines leads the Girls U-18 category with a one under 71, ahead of Johor Golf and Country Club’s Ginnie Ho who scored 80. One shot behind her is S. Raesha from Kota Permai Golf Club.

The U-15 Girls category is dominated by the Philippines with Mikhaela Fortuna 73, Pauline Del Rosario 74 and Sofia Chabon 76 occupying the top three spots. The second round continues tomorrow.

A total of 17 foreign golfers are participating in this tournament and they are from Australia, Indonesia, Philippines, Singapore and United Arab Emirates. The champions in each category will win trophies and medals.