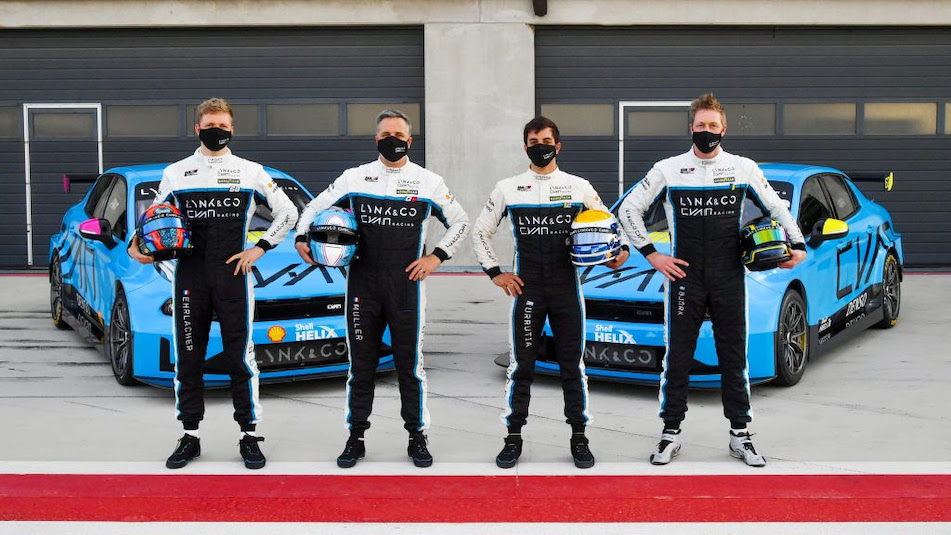 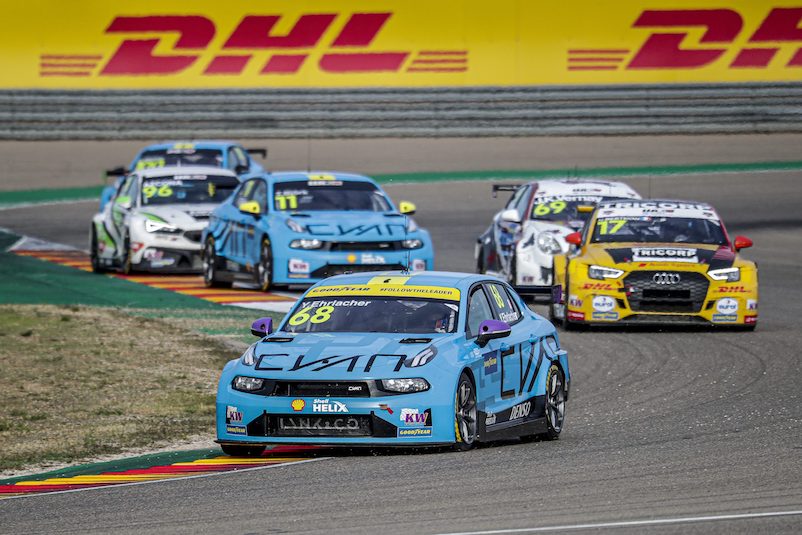 Lynk & Co-powered Cyan Racing will go all out for WTCR − FIA World Touring Car Cup glory for a third straight season with a four-midable line-up featuring three FIA world title winners and one of the sport’s most promising young talents.

Four becomes two by two
The Cyan attack will once again be divided into two driver pairings. Yann Ehrlacher, 24, the King of WTCR following his 2020 title triumph, again joins forces with uncle and World Touring Car legend Yvan Muller, 51. On the other side of the pit box are Thed Björk, 40, the 2017 FIA World Touring Car champion, and 24-year-old Santiago Urrutia, who scored a breakthrough WTCR win in his rookie campaign last season.

Get ready for great battles, says WTCR’s Gavory
Commenting on Cyan Racing’s Lynk & Co-powered WTCR attack, WTCR Director Xavier Gavory said: “This is more massive news as we build up to the new WTCR season and we’re very excited by the prospect of these four World Touring Car stars returning to the grid. Ten drivers have now been announced for WTCR 2021 and nine of those 10 are proven race winners. We’re going to have some intense fights on track this season there’s no doubt about it, so get ready for great action.”

Dahl readies his troops for an “even tougher challenge”
Christian Dahl, the CEO and founder of Sweden-based Cyan Racing, said: “The 2020 season marked the most successful year in the history of Cyan Racing and we have by no means lowered our aim for 2021. We do however expect an even tougher challenge this year, especially with an expanded calendar and an as competitive field as ever.”

All hail the King of WTCR
Having won three races on his way to the 2020 WTCR title, Yann Ehrlacher insists he’s never been more motivated to defend his crown. “It was the best season of my life last year. But anyone assuming I would be less motivated or ready for a new challenge in 2021 would be deeply mistaken. I have longed for this season ever since the 2020 season finale and I am very much ready.”

No place like home for rising star Urrutia
On the back of a standout rookie season, which included finishing on the podium on four of the last seven 2020 WTCR races and culminated in a breakthrough victory at WTCR Race of Aragón, Uruguay’s Santiago ‘Santi’ Urrutia wants to “pick up right where I left off in the season finale when I claimed two poles and my first WTCR victory”. He added: “I really feel at home in the team after my debut season and I aim to keep moving forward. My ultimate goal is of course that we win as a team and for me personally to [win the title]. I hope that I can make everyone proud who has helped me in my racing career this year.”

Björk boosted by the power of 10
Thed Björk, who made history by scoring the first victory for a Chinese manufacturer in an FIA world series race, is revving up for his 10th season as a Cyan driver. “I am really proud to be a part of the journey the team has done since 2012 and it boosts my confidence that they put their faith in me for a 10th straight season. My goal for 2021 is firmly set on taking a big step forward in the results and to challenge for the very top step of the standings.”

Other WTCR team announcements so far
With 45 days to go until all-season entries close, 10 drivers have so far been announced. Here’s a reminder: