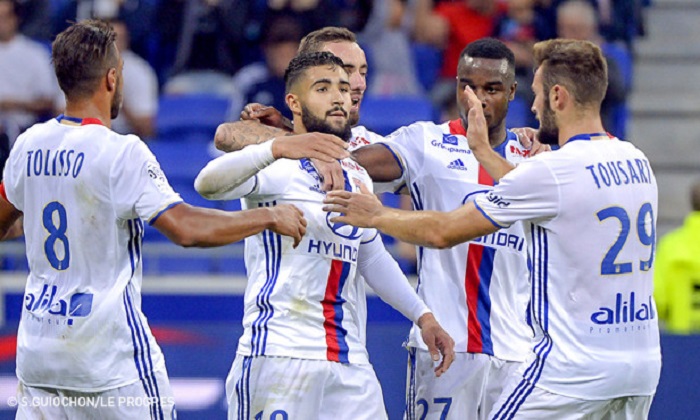 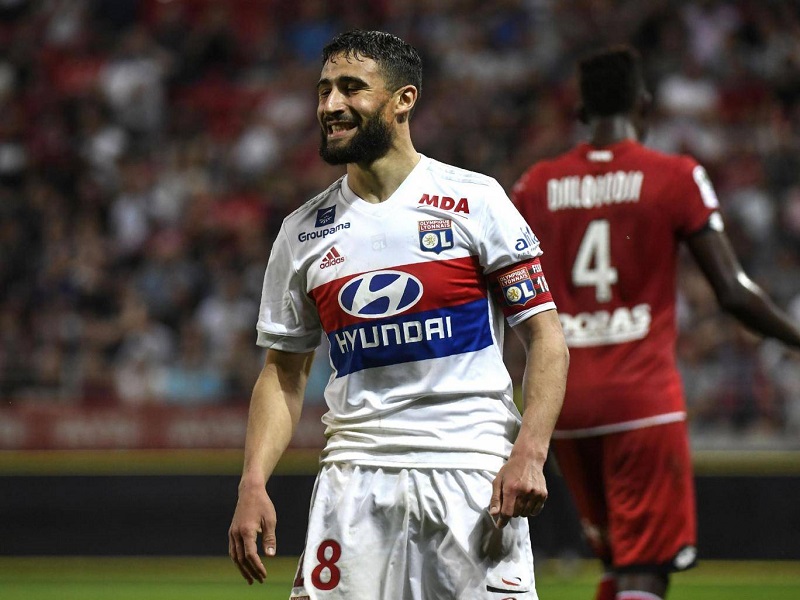 Lyon blew the chance to secure a place in next season’s Champions League as Strasbourg staged a thrilling late comeback to snatch a 3-2 victory and ensure safety in Ligue 1 on Saturday.

Fourth-placed Marseille’s 3-3 draw at Guingamp on Friday had left the door open for Lyon, but instead they lost second place to Monaco on a dramatic evening as Fabinho’s 90th-minute penalty grabbed the principality club victory over Saint-Etienne.

Monaco, who are now two points clear of Lyon with one game remaining, visit lowly Troyes on the final day of the season on May 19, when OL host Nice and Marseille — just one point further back — face Amiens.

Strasbourg, who stunned champions Paris Saint-Germain at their Stade de la Meinau earlier this season, claimed a shock 22nd-minute lead as Lyon fell apart at the back.

Mouctar Diakhaby, filling in for the suspended Marcelo at centre-back, inexplicably allowed a simple ball forward to reach Stephane Bahoken.

The Cameroonian did the rest, drilling a shot through the legs of Lyon goalkeeper Mathieu Gorgelin — also playing in place of suspended first-choice stopper Anthony Lopes.

Lyon were gifted a chance to level shortly after half-time as Nabil Fekir tumbled to the ground with Strasbourg centre-back Pablo Martinez in close attention, before picking himself up to slam home his 18th league goal of the season.

Teenager Houssem Aouar raced through with 17 minutes to play, slotting home his sixth goal of the season to put Lyon on the brink of a return to Europe’s premier competition.

But Bruno Genesio’s men fell to pieces at the death, with Da Costa heading home in the 89th minute and Lienard sending a searing set-piece into the top corner in the fourth minute of added time.

Monaco left it late, but Fabinho’s spot-kick was enough for a 1-0 win over Saint-Etienne which means only an unlikely series of results next week would deny them Champions League qualification.

Leonardo Jardim’s hosts were the better side and could have sealed all three points earlier in the second half, but were denied by Jonathan Bamba’s goalline clearance and a brilliant double save by their former keeper Stephane Ruffier.

Just as Lyon were being pegged back to 2-2 over 500km away in Strasbourg, Brazilian Fabinho calmly slotted into the corner for a vital win.

“I’m not (concerned) with the other matches, I’m always focused on my match,” said Jardim.

“I knew that Lyon lost after the match, but I forget that. What matters to me is my team and I was happy with our victory.”

Neymar watched on as PSG slumped to a low-key 2-0 loss at home to Rennes, having wrapped up the domestic treble with a French Cup final victory over minnows Les Herbiers in midweek.

The visitors broke the deadlock as veteran midfielder Thiago Motta conceded a penalty in his farewell match at the Parc des Princes.

Rennes winger Benjamin Bourigeaud beat Kevin Trapp from the spot to score his 10th Ligue 1 goal of the campaign, before Adam Hunou took advantage of slack defending by Presnel Kimpembe to slam home a magnificent volley.

The hosts quickly forgot their poor performance on the night, though, lifting the Ligue 1 trophy in front of their fans after a dominant season that has seen them score 108 goals in 37 games despite firing a blank on Saturday.

Departing coach Unai Emery thanked the fans and the club, despite paying for his failure to win the Champions League.

“This PSG project is very strong,” said the Spaniard.

“We have to go on with patience, consistency and hard work to get the Champions League in the future, so go PSG.”

Elsewhere, Lille completed their escape from relegation as a double from South African Lebo Mothiba grabbed a come-from-behind 2-1 victory over Dijon. – Agence France-Presse