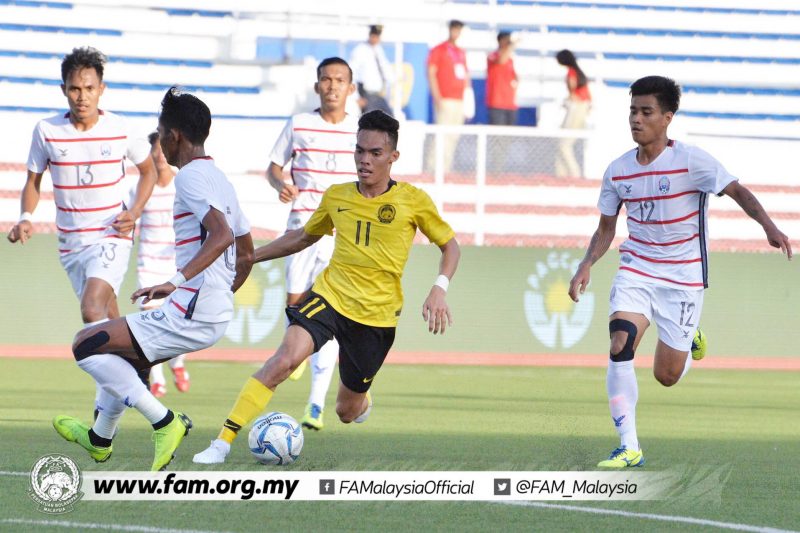 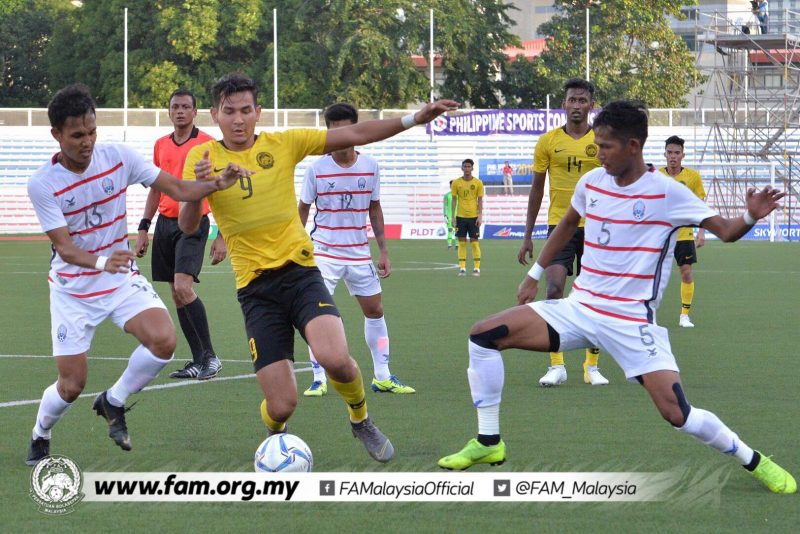 It is an early flight home for the Malaysian football team at the 30th Sea Games in the Philippines after crashing out of the semi-finals following an embarrassing 3-1 defeat o Cambodia in their final Group A match at the Rizal Memorial Stadium in Manila on Wednesday.

With the win the Cambodians booked a historic place in the semi-finals by finishing second in the group behind Myanmar. Cambodia pipped host Philippines on goal difference despite the Azkals’ massive 6-1 win over Timor Leste. Myanmar topped the group with 10 points while Cambodia and the Philippines had seven points each. Malaysia ended fourth with four points.

Two quick goals in two minutes – by In Sodavid (55th) and Sieng Chanthea (56th) took the wind out of Malaysia. Australia based Quentien Chang scored Malaysia’s solitary goal in the 89th minute after coming on as a substitute.

Malaysia had their chances to score but Syahmi Safari, Danial Haqim Draman, Nik Akif Syahiran, Luqman Hakim and Dominic Tan all muffed the opportunities that came their way.

Malaysia last won the Sea Games gold medal under Datuk Ong Kim Swee in Jakarta in 2011 – retain the ”Mother of all Golds” won at the 2009 biennial games in Laos. In the Sea Games in Kuala Lumpur, Malaysia settled for the silver medal after losing 1-0 to Thailand in the final. – BY RIZAL ABDULLAH