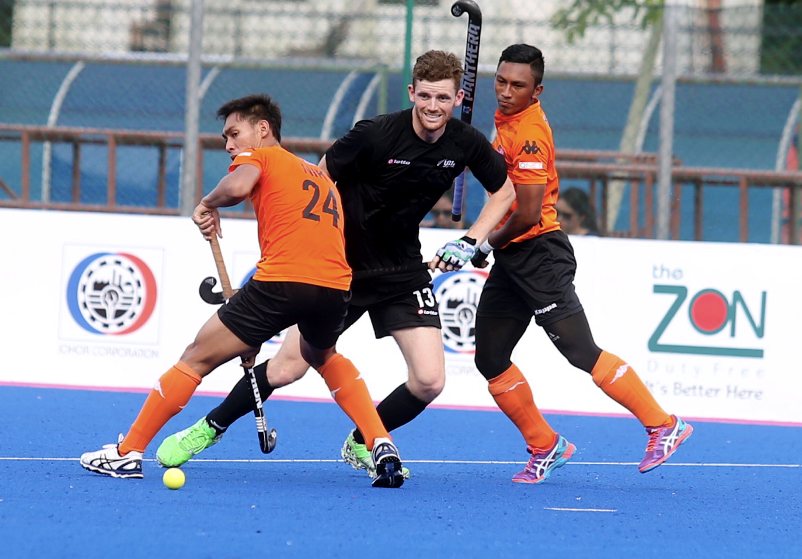 # Kiwis finish without a win and without a point in SoJC

Malaysia got the better of New Zealand under sweltering heat for a 4-1 win in the playoff to take fifth place in the sixth edition of the Sultan of Johor Cup Under-21 Invitational tournament at the Taman Daya Hockey Stadium in Johor Bahru on Sunday.

It was Malaysia’s second win over the Kiwis in less than 24 hours, having beaten New Zealand 2-1 in the round-robin match on Saturday night – Malaysia’s only win the preliminary round.

Finishing fifth meant Malaysia avoided the embarassment in 2012 when the hosts finished with the wooden spoon – just a year after becoming the first holders of the London crafted coveted silverware in 2011.

“We worked hard for the win and this time made use of the chances we created. That was the difference today,” said Malaysia coach Wallace Tan.after the match.

“The players will gain some experience from this competition and we’ll go back to the development programme and continue work there.”

Malaysia started the match with a high tempo, racing to a 2-0 lead in the opening ten minutes. Najmi Farizal Jazlan opened the scoring from a short corner in the fifth minute while Zulhamizan Awang Abas scored from open play in the 10th minute.

After this Malaysians took their foot off the accelerator and reduced the tempo of the match although they still had better control of the proceedings.And it was during this period the Black Sticks pulled one back through Marc Wilcox in the 32nd minute.

“We had to slow the tempo down after taking the lead because this is a 35-minute half tournament and sustaining a high tempo all the way is not easy. We had the lead and wanted to maintain that,” added Wallace.

New Zealand coach Bryce Collins was a disappointed man but is looking at the positives from the tournament as they head back home to prepare for the Junior World Cup Finals to be held in Lucknow, India from Dec 8-18.

“It is disappointing to finish without a win and without a point in Johor Bahru but our team spirit is still high. We will be in Auckland for a two-week training camp before we head to India,” said Collins.