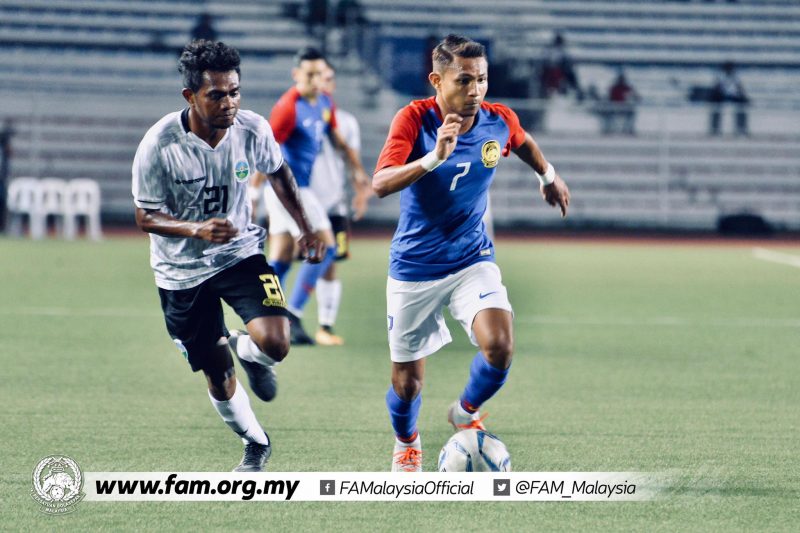 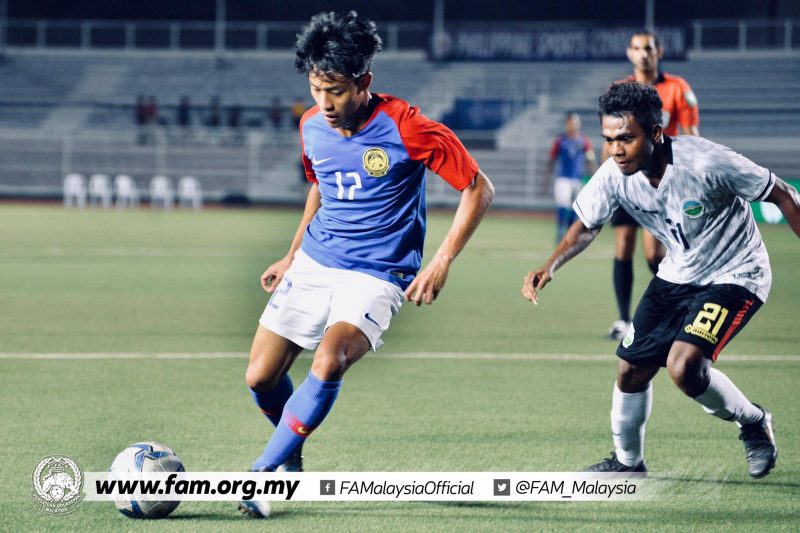 Malaysia got the win they needed and for the first time did not concede a goal in their 4-0 win over Timor Leste in their Group A match at the Rizal Memorial Stadium in Manila on Monday.

In the same group, Myanmar made the semi-finals with 10 points with a 2-1 win over Cambodia at the Binan Stadium.

Malaysia will play Cambodia on Wednesday in a must-win match. The Philippines is also in the running and much depends on the outcome of their match against Timor Leste and goal difference is expected to decide which team joins Myanmar in the knockout stage.

Putting the scoreline aside, Malaysia was far from impressive against Timor Leste who came close several times to score but poor finishing denied them a goal.

It took an own goal by Filomena da Costa for Malaysia to open the scoring when he lobbed the ball into his own net.

Hadi Fayyadh, who came in for much criticism for his poor showing in Manila although he rescued Malaysia with the equalizer in the 1-1 draw against Myanmar in the opening match, found the net Timor Leste net in the 35th minute. Malaysia 2 Timor Leste 0.

He got his brace on 43 minutes when he reacted fast to tuck home an earlier attempt by Faisal Halim which came off the right post.

Substitute Akhyar Rashid got Malaysia’s fourth goal in the 81st minute from an assist by R. Kogileswaran.

“It is a good win which has revived our semi-final hopes. The win over Timor Leste has given a level of confidence for the match against Cambodia. We need to score more goals and get a good win in our final match,” said coach Datuk Ong Kim Swee. – BY RIZAL ABDULLAH 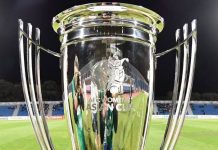