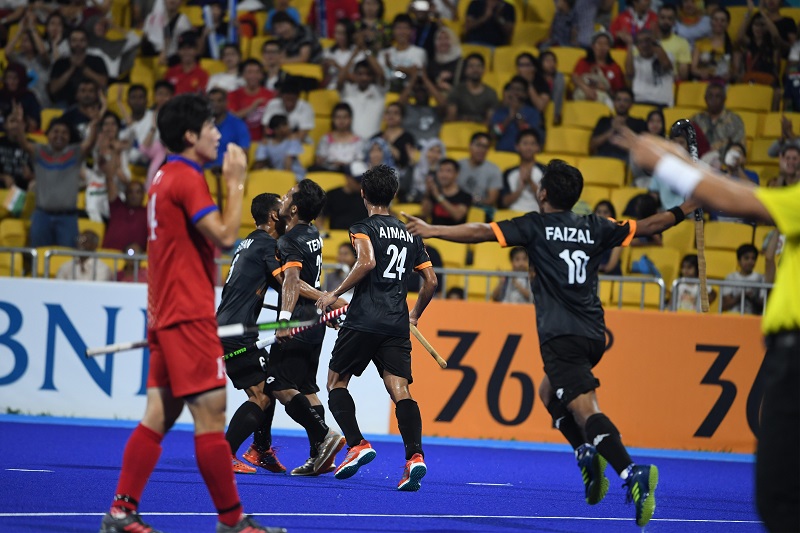 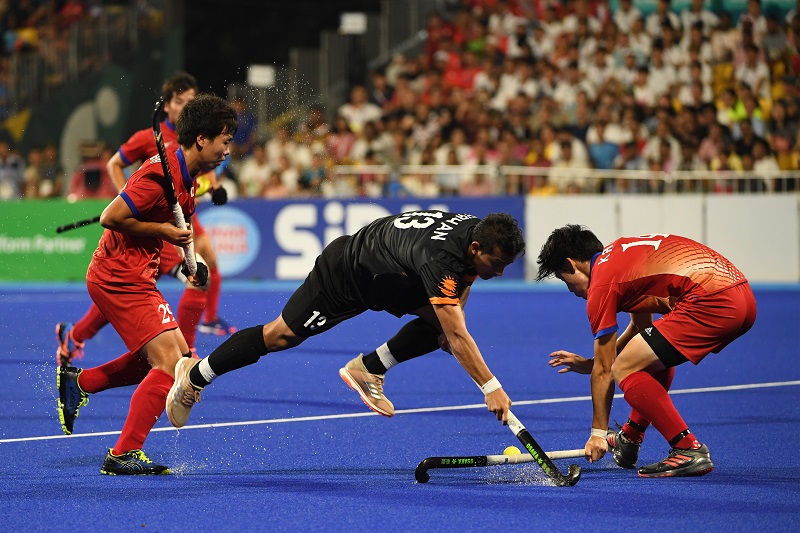 With less than 20 seconds remaining Malaysia conceded the equalizer as Japan made it 6-6 before the hooter in the men’s hockey final at the Gelora Bung Karno Stadium in Jakarta on Saturday.

In the shootout, Japan won 3-1 for their first-ever gold medal and book their place in the 2020 Tokyo Olympics on merit. For Malaysia, they will now have to look towards the qualifiers if they want to make it to Tokyo.
The “Meltdown Scenario” is nothing new to Malaysian sports but it was real heartbreak for Malaysia, having victory snatched from under their nose as Japan displayed their never say die attitude.
Japan winning the gold is certainly a big, big boost to their confidence in the stick and ball game. It was double celebrations for Japan as their women’s team also took the gold with a 2-1 win over favorites India in the final.
Malaysia, who ousted defending champions India with a 7-6 win in sudden-death penalty shootout after a 2-2 draw in regulation time in the semi-finals, led 1-0 after four minutes of play with a Razie Rahim penalty-corner goal but five minutes later it was 1-1 with Serene Tanaka netting a field goal.
Malaysia was back dictating terms with a double strike by Tengku Ahmad Tajuddin (11th and 12th) and one by Faizal Saari (17th).
The Japanese, however, were not giving up and in the 22nd minute, Kenta Tanaka got another to make the score 4-2. The gold was Malaysia’s for the taking when a deflection by Amirol Aideed made it 5-2 for Malaysia after 49 minutes.
Japan, however, woke up and in a seven-minute blitz made it 5-5 on the scoreboard with goals by Kentaro Fukuda (52nd), Kenta Tanaka (53rd) and Koji Yamasuka (58th).
Razie Rahim plundered another goal for Malaysia in the 58th minute and with seconds ticking by before the hooter Hiromasa Ochiai equalized to make it 6-6 on the scoreboard.
The rest is history. Malaysia’s hopes of winning their first gold ended in another silver to add to the one they won at the 2010 Asian Games in Guangzhou where they lost 2-0 to Pakistan in the final after knocking out India in the quarter-finals.
With that also went Malaysia’s hopes of an automatic berth in the 2020 Tokyo Olympics. The last time Malaysia played in the Olympics was in Sydney in 2000. – BY RIZAL ABDULLAH