Home International Martin seals Superstock title with one round to spare 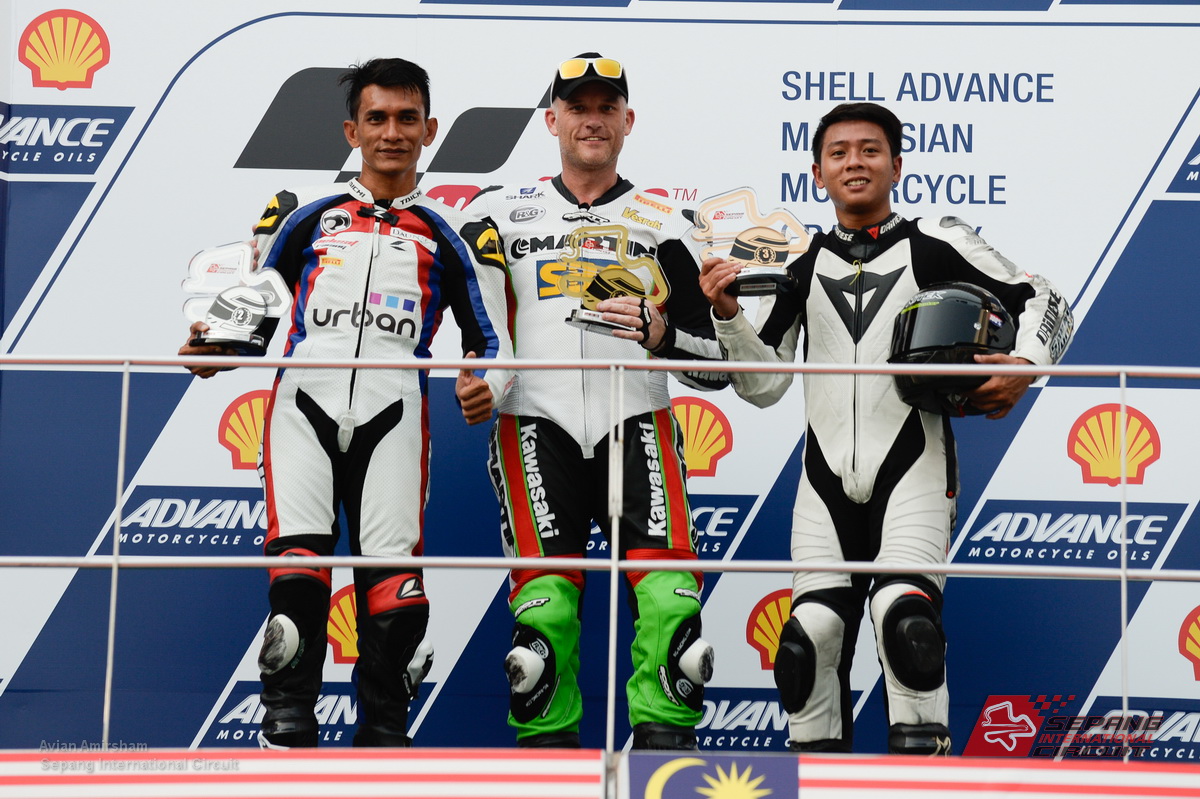 Taking off from pole, Martin refused to give in to Ahmad Nashrul and clinched the win which earned him 25 precious championship points. He now has 180 points from five rounds, 36 more than second-placed Norwegian Nils Ucida Zakariassen who has amassed 144 points. It was a memorable victory for Martin as today’s round was staged as a support race of the Shell Advance Malaysian Motorcycle Grand Prix.

For his second placing today, Ahmad Nashrul collected 20 points to take his tally to 124 points.

“Naturally, I am very happy. It was a very difficult race. Nashrul challenged me all the way. We swapped leads for a moment until Lap 5 when I finally took control. But, I could always hear him behind me. I continued pushing and very happy to see the chequered flag,” said Martins, who is currently third in the Superbike Championship.

“There is still the Superbike title to aim for. That will be difficult as Syahnas (Shahidan) and Zaqhwan (Zaidi) are very strong and quite a bit in front. But, I will give it my best shot. Hopefully, I can win that one as well,” he said in reference to the Superbike race this Sunday.

Riding a BMW HP4 machine, Syahnas leads the championship with 126 points while Zaqhwan and Martin trail in second and third spots with 110 and 107 points.

Disappointed at losing the Superstock crown, Ahmad Nashrul was satisfied that he gave his best and challenged Martin all the way throughout the nine-lap contest.

“My tyres were already sliding at the tail-end of the race. I was pushing very hard and happy with my performance. I would like to congratulate Steve for winning the championship. But, I will try harder next to regain the title,” said Nashrul, who has previously won the 135cc Production Bike and the 150cc Kawasaki Cup Championship in the MSS Bikes series.